No Man’s Sky touches down on Nintendo Switch this October

Will the Switch be able to handle this game? 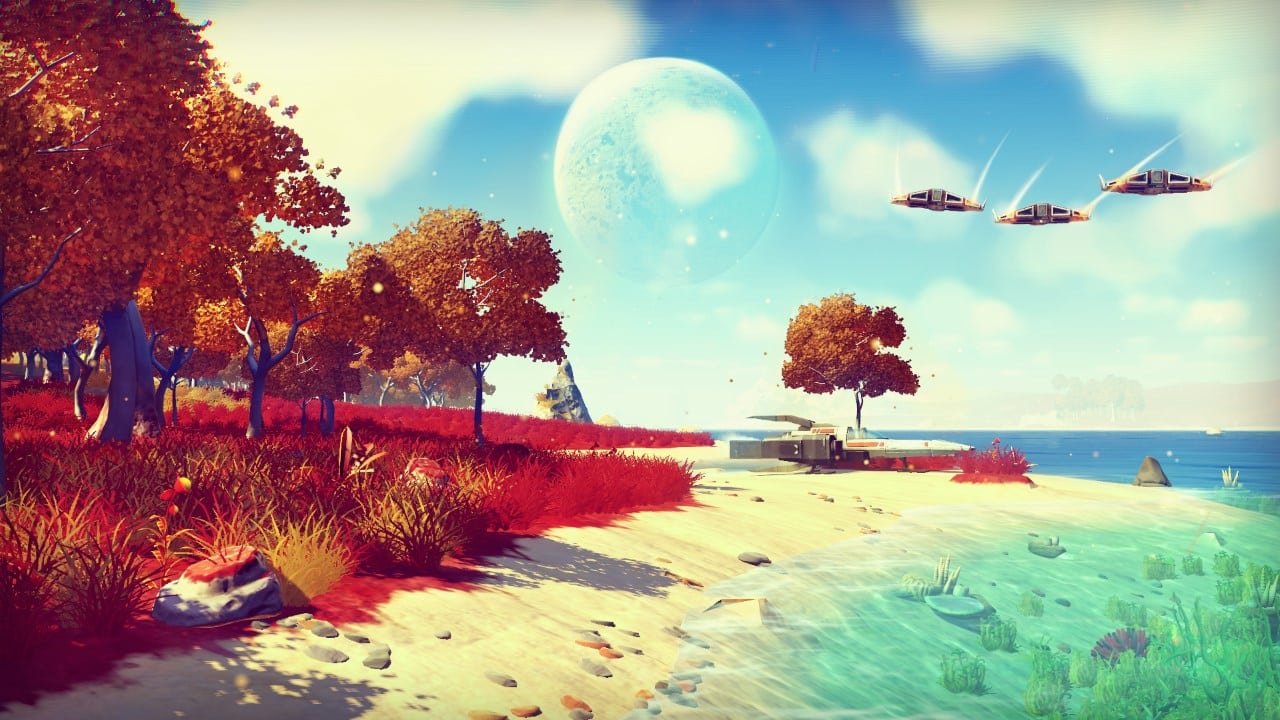 Ready to see the stars? Planets? An infinite number of universes? Suit up, and grab a Nintendo Switch. It’s time for some No Man’s Sky.

The game is available across all of the other platforms you probably already played it on: PlayStation 5, Xbox Series X, PC, etc. But now you can take it with you on the go, albeit in a much less impressive form.

Not to say anything against the Switch, but this is an ambitious release for the less-powerful handheld. It’ll be intriguing to see how it actually fares.

According to Hello Games’ Sean Murray, it feels “both completely natural and also totally improbable at the same time”. That seems accurate. Given that the console must generate everything you interact with, there’s a lot of processing power needed to bring the game to life.

“This makes it so much harder to bring our game to something like the Switch, but I think this team never seems happier than when they are trying to do near-impossible things,” says Murray.

Developer Hello Games revealed that the Switch version of No Man’s Sky is debuting on October 7. Initially, Hello Games had planned for a summer release, as announced in February. But, regardless, you won’t have to wait much longer to get your hands on this edition.

Somehow, it’s already the end of June. This year is flying by faster than people became upset with the original No Man’s Sky release before that big update. You know, the good one.

Ready to pick up the Switch version this October? You can choose a physical or digital edition. And if you’re already playing on PS5, consider grabbing a physical edition the same day with all of the updates available so far. There’s a lot of space out there to see. You should probably go ahead and head out.