This should prove interesting. 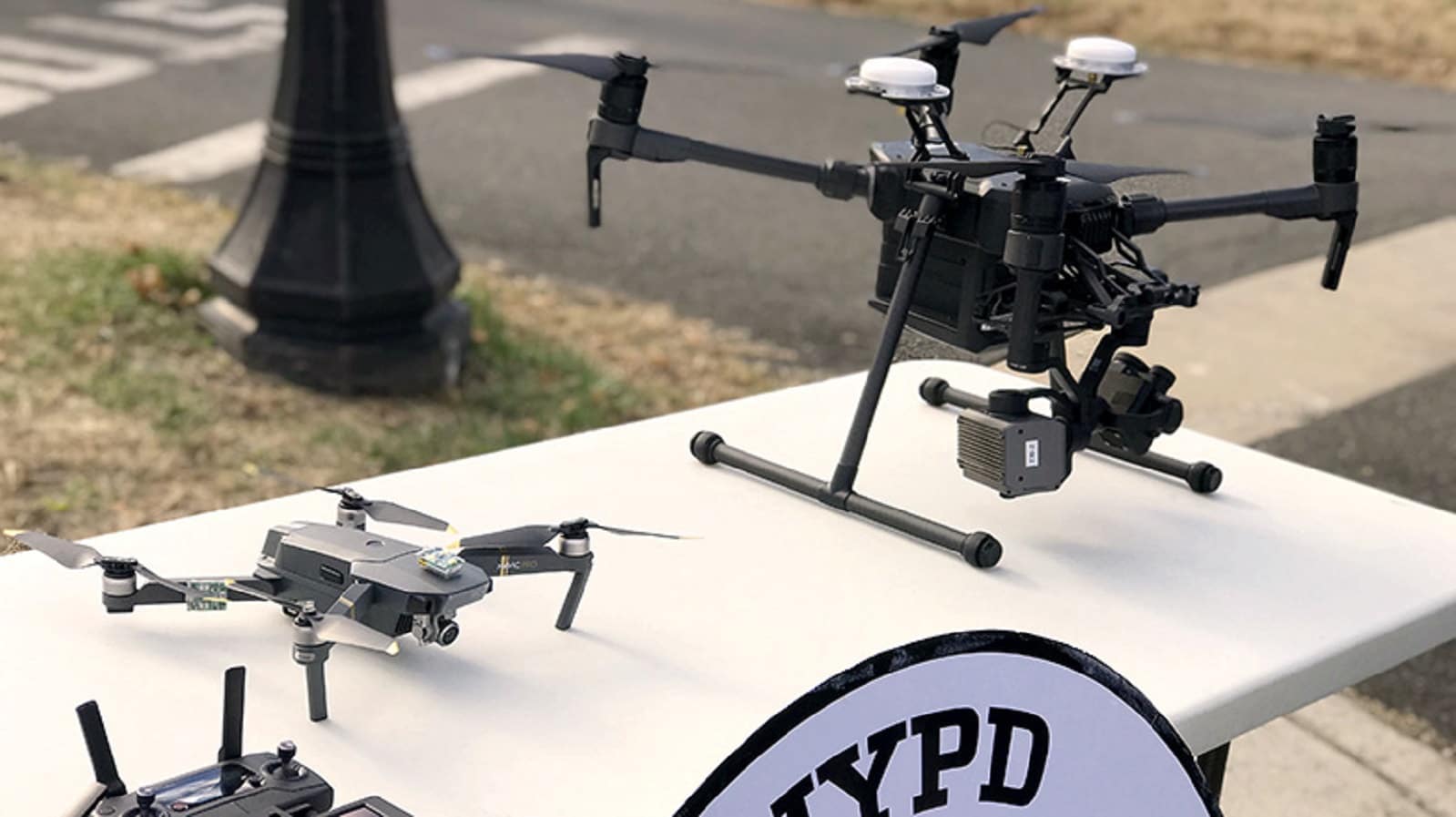 The New York Police Department (NYPD) might be hitting some snags with its target of every officer having a bodycam by 2019, but that hasn’t stopped them adding some cameras of the flying type.

Over 900 emergency responder units across the country already use quadcopters and other drones for their daily operations, and the NYPD is now joining those ranks.

All of the newly-added drones are models from DJI, the market leader. There’s a total of 14 drones being added, one DJI Inspire 1 quadcopter for training, 11 DJI Mavic Pro quadcopters and 2 DJI Matrice 210 RTK quadcopters.

I wonder if they’re off-the-shelf models or if they have some interesting modifications for police use. With one of the named uses for Search and Rescue, it’s likely that there will be thermal imaging cameras (or swappable modules) for some of the drones.

More about the drones and operations

The planned operations list posted up to the NYPD website authorizes the drones for multiple operations, including hard-to-access crime scene investigations, search-and-rescue, hostage situations, and hazmat incidents. It also says what they won’t be used for, such as traffic enforcement, routine patrols, as a weapon (or equipped with one) or as a warrantless search tool. With the NYPD getting in hot water for warrantless searches in recent years, it remains to be seen how the drones use will be policed.

5/ There are legitimate reasons why the NYPD may need to use high-tech equipment like drones to protect our city. But law enforcement needs must *always* be balanced with the privacy rights of New Yorkers.

In my experience with drones, it’s pretty difficult to only film one area, with the attached cameras being fairly wide-angle. The NYPD will have to ensure safeguards are in place, both for recorded footage and for accidental injury to bystanders.

Thankfully, DJI’s drones are pretty hard to crash, with multiple safeguards built in. The New York Civil Liberties Union (NYCLU) has already voiced some concerns about the seeming lack of restrictions on recording.

The NYPD’s drones will be deployed solely by licensed officers of the Technical Assistance Response Unit (TARU) after extensive training.

The department has always been on the forefront of using new technologies, a prior test program with drones a decade ago was ended in 2011, presumably as the technology wasn’t ready for deployment at that time. There’s been a quantum leap in usability and performance since then.

What do you think about drones being used for police activities? Let us know down below in the comments or carry the discussion over to our Twitter or Facebook.