Or send us to our inevitable doom. One of the two. 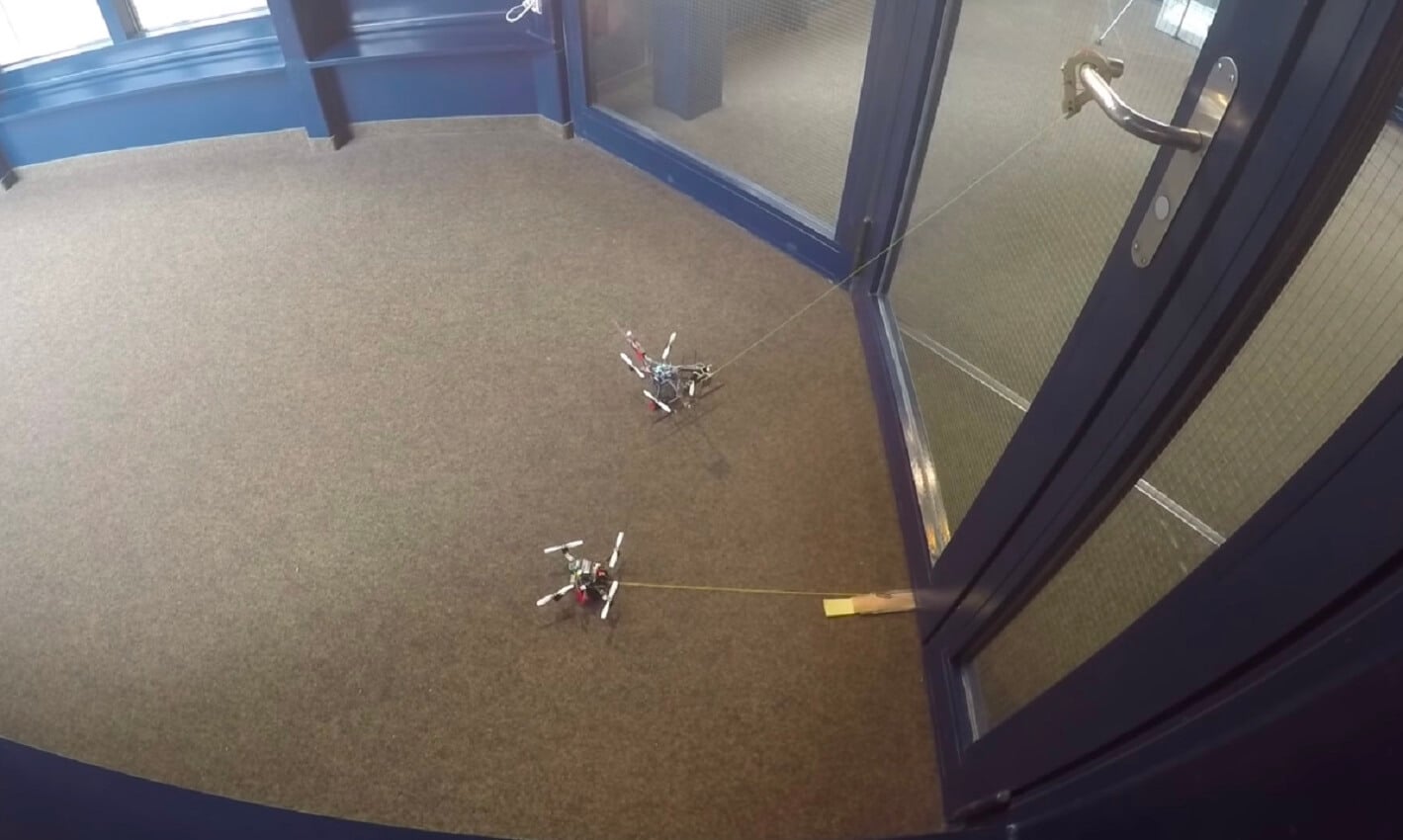 Drones take many forms. There are traditional drones, of course, and ones that deliver coffee. Some look like flying dragons, while others look like insects zooming around. The latest drone concept is wasp-like. Instead of stinging, however, these drones are designed to open doors and move objects 40 times their weight, according to a Stanford News report.

They use cables and winches to attach to an object before anchoring themselves to the ground. From there, they spool the wire towards themselves.

Take a look at FlyCroTugs opening a door:

According to Stanford researcher Matt Estrada, the drones don’t just take their inspiration from wasps, but from another animal, as well. Included on the drone is an adhesive that’s inspired by a gecko lizard.

Estrada notes, “We demonstrated opening a door, but this approach could be extended to turning a ball valve, moving a piece of debris, or retrieving an object of interest from a disaster zone.”

Like the flying robot being designed by researchers at TU Delft from the Micro Air Vehicle Laboratory, FlyCroTugs’ most significant obstacle is battery life. In their current state, the microdrones can only last five minutes between charges. This makes them ineffective in the real world.

Just imagine, however, what could happen if battery life was improved. Imagine, for example, emergency personnel using microdrones from afar to open doors in burning homes, or to possibly move a wall. Sounds amazing, no?

You can read all about the research behind FlyCroTugs right here.

Can you imagine FlyCroTugs buzzing around someday? Let us know below.