Patriots will win Super Bowl 52 according to Madden 18 simulation

The Madden Super Bowl simulation has been correct 10/14 times

I am not even five words into this article, and it already hurts. I am a Philadelphia Eagles fan through and through. My blood is green, and I’m pretty sure the Eagles anthem will be on my headstone. Everybody in my life knows this, especially my editor Kevin. As much as I bleed green, this man oozes for the Patriots. We have been at each other the past couple of weeks, but Super Bowl Sunday will finally shut one of us up.

As fans wait for Sunday, Madden has traditionally run a Super Bowl simulation in their latest game. Super Bowl 52 is taking place in Minnesota, Minneapolis and will be between the Philadelphia Eagles and the New England Patriots. The simulation predicted a close game ultimately ending in a Patriots victory and taking home the Lombardi trophy with a 24-20 win.

The Eagles claimed the first touchdown by running back Jay Ajayi, naturally. The first quarter the Patriots drove down the field but failed to convert to anything other than a field goal. However, the Eagles were held back as well, while only scoring a field goal to make it 10-3 in the first quarter.

With the Eagles up 10-3 heading into the second quarter, Patriots head coach Bill Belichick was not ready to give up. Tom Brady found not-yet-active Rob Gronkowski for a touchdown along with wide receiver Brandin Cooks to make the score to 17-10. Eagles converted a field goal to cut the Patriots lead to 17-13.

Going into the second half, the Eagles came out swinging. The Eagles’ defense sacked Brady twice and forced an interception. Nick Foles drove the Eagles down the field off of Brady’s mistake and took the lead 20-17. 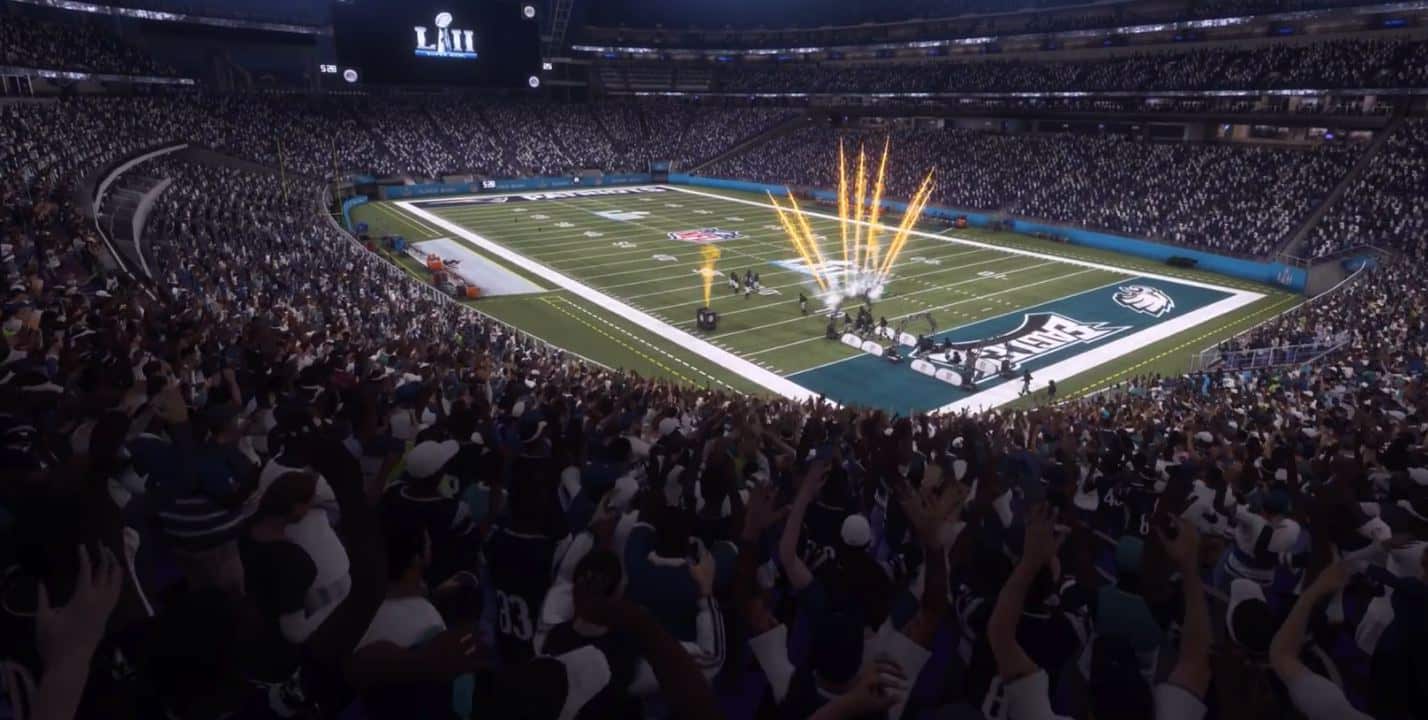 Brady was behind, and you almost never put Brady back. Just ask the Falcons how that went last year. Tom Brady answered and threw his 3rd touchdown of the night to Danny Amendola to retake the lead at 24-20.

Later in the quarter, Eagles defense stripped the ball from Patriot’s running back Dion Lewis. With time running to a close, Nick Foles was looking to take the win right out from under Brady and the Patriots.  Foles tossed a pass to Alshon Jeffery for what would have been an Eagles win, but unfortunately, the throw got smacked down like the Eagle’s ego.

The Patriots win and they take home another Lombardi trophy. With a Patriots win, Brady will have broken the Madden curse, marking a 5th super bowl victory. This simulation doesn’t mean the winner will be a definite, but the Madden Super Bowl simulation has been correct 10/14 times.

Who do you think will win Super Bowl 52? Who do you want to win? Let us know in the comments below!