Puma is re-releasing its computer shoes from 1986

Here’s one for the sneakerheads out there. 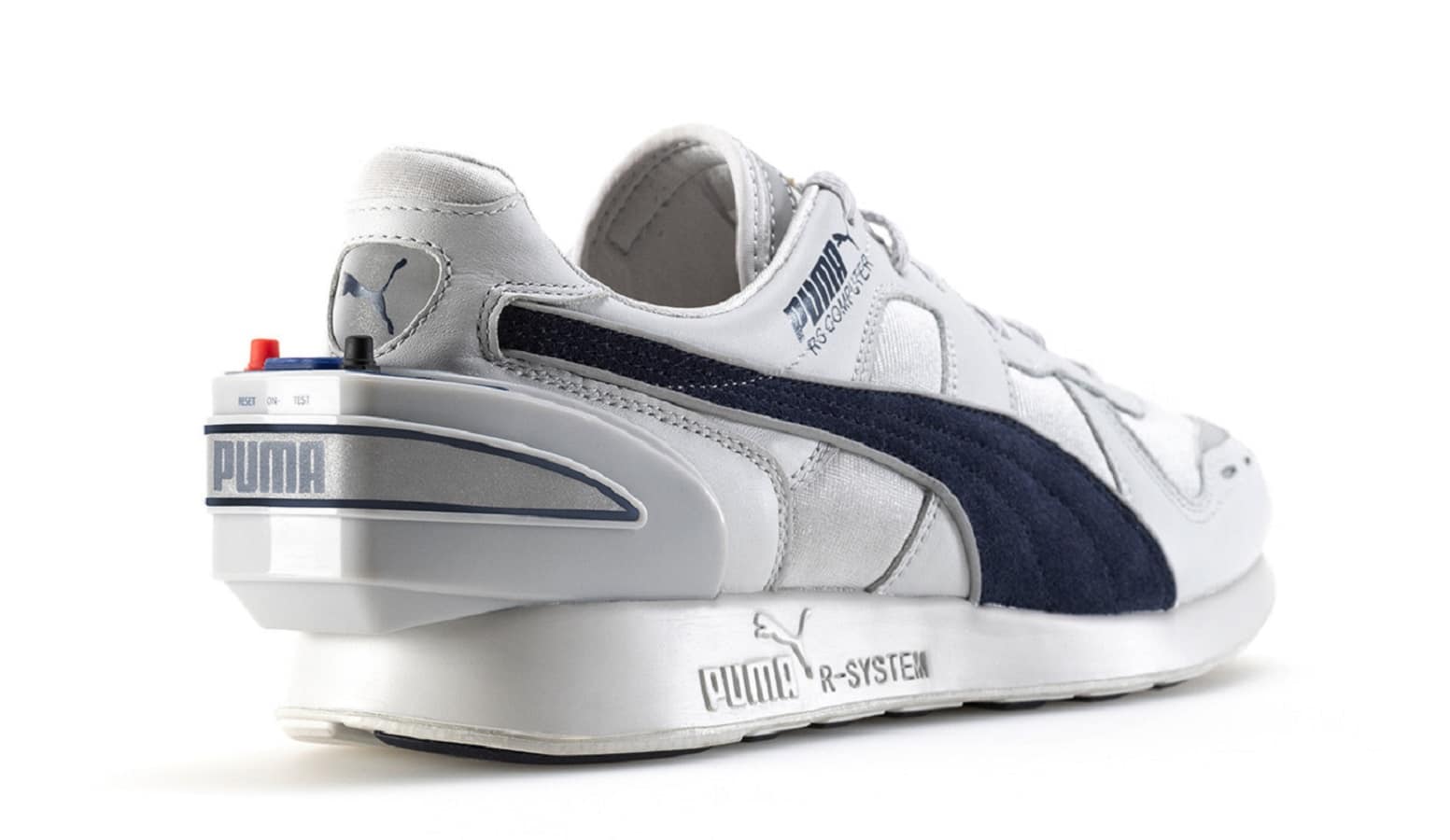 Nowadays, fitness tracking wearables are pretty slimline, some even small enough to shoehorn into a ring. Back in the ’80s, if you wanted a fitness wearable – they were pretty clunky. Puma’s RS-Computer running shoe first came out in 1986, and now it’s being re-released as an updated limited-run.

The original 1986 pair had some junk-in-the-trunk, with a large box that contained sensors and a computer chip to record distance, time and calories burned. The rest of the shoe was the premium leather construction that Puma was known for. Users could use a 16-pin cable to connect the shoes to their Apple IIe, Commodore 64 or IBM PC to view and download their data.

The computer shoes are coming back

Puma has revamped the tech inside the RS-Computer’s box, bringing the RS-Computer firmly into the 21st century. Now, the shoes sport a three-axis accelerometer, LED indicators, a 30-day memory for all the data it collects, Bluetooth to connect them to your phone, and a USB port to charge them up.

The companion app will get an 8-bit feel, as an homage to the era that they came from originally.

They will feature a very limited release

Back in the days when computers were all beige boxes, Puma’s RS-Computer shoes (RS stands for “running system”) was billed as the “world’s first computerized running shoe.”

Technically, Adidas beat them to the finish line, with its Micropacer shoes, which released in 1984. That pair displayed all the data they recorded on a small display on the tongue of the shoes. The Micropacers couldn’t connect to a computer, however.

Sneakerheads will have to move fast to get a pair when they go on sale. Puma is only releasing 86 individually-numbered pairs worldwide. If you want a modern piece of history, keep a look out at the Puma stores in Berlin, Tokyo or London, or at retailers like KITH. They’ll be available on December 13th.

What do you think? Want a pair? Let us know down below in the comments or carry the discussion over to our Twitter or Facebook.