Turns out the studio was so bad that they beat me to it. 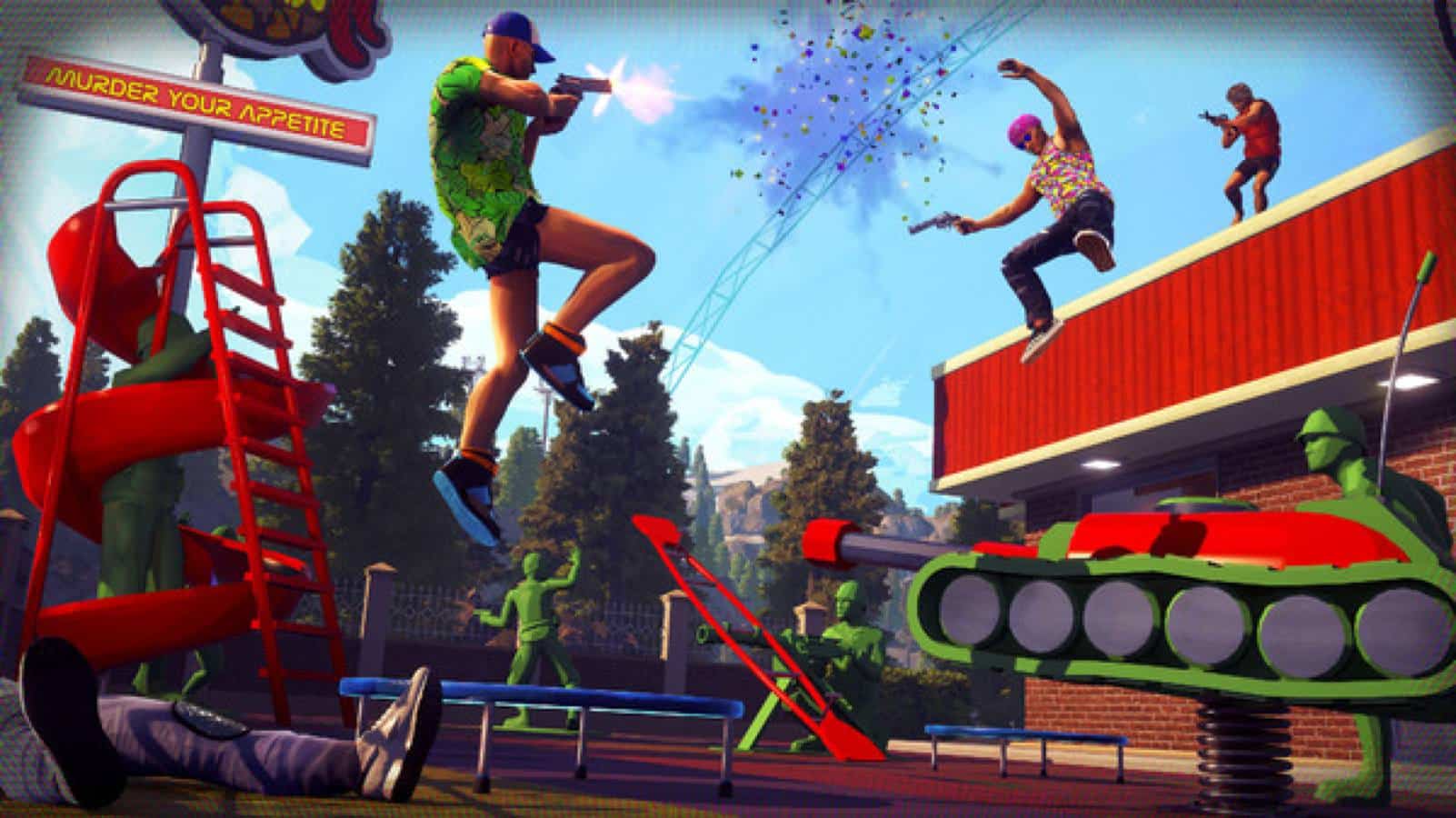 At E3 last year, I was invited to play Boss Key’s LawBreakers, it was an OK game. Sure there was a lot of action, and it seemed like it could have some promise if they found some sort of hook. They didn’t. Honestly, it didn’t even seem like they even tried. As the story goes, it turns out that no one wanted to play a game that there was no reason to play. In the same week that Boss Key pulled the plug on LawBreakers, they immediately jumped into the battle-royale genre with Radical Heights. Point blank, Radical Heights is easily the shittiest battle royale game I’ve ever played.

Before we get into this, lets hit rewind real quick.

Boss Key was founded in 2014, following Cliff Bleszinski’s departure from Epic Games. This was a major deal, as CliffyB had shaped some major franchises with Unreal and Gears of War. In fact, CliffyB was the credited designer behind one of my favorite shooters, Bulletstorm. The anticipation for Boss Key’s first release was immediately on high, and we didn’t even know what it would be. About a year after the announcement of Boss Key, the first clips of LawBreakers were seen and it seemed that the “hero team shooter” category was going to have another exciting entry.

For the next three years, Boss Key continued development on LawBreakers, featuring some playable experiences at popular conventions. Everyone, for the most part, seemed to have positive things to say about LawBreakers. There appeared to be a lot of excitement for the open beta (see: demo) and what LawBreakers would be bringing to the table. Unfortunately, the game never got out of the shadow of Overwatch or just about any other game that featured a gun or shooting people in the face. The issue with LawBreakers is that there was no growth, it had different game modes but literally, nothing that was ultimately memorable. The game was the equivalent of a dry baloney sandwich.

As the player base for LawBreakers continued to hemorrhage and CliffyB made his rounds saying stupid shit, it was clear there was real trouble on the game’s horizon. As the “hero shooter” market dried up and Overwatch ended up being the last-man-standing, LawBreakers dipped to an all-time low while everyone else started to get pulled into the battle royale genre with PlayerUnknown’s Battlegrounds and later, from CliffyB’s former studio, Fortnite. Well, it seemed that Cliff wasn’t about to be upstaged by Epic, so when Boss Key pulled the plug on LawBreaker’s life support, Radical Heights was announced.

Oh boy, there’s nothing better than an under-cooked attempt and hopping on a bandwagon.

After PUBG began to falter and Fortnite quickly rose to the premier battle royale game, it was clear that taking some creative freedoms with the genre was going to be the key to success. It seemed that Radical Heights was taking the 80’s aesthetics and game show presentation as their hook. With this in mind, the Xtreme Early Access version of the game also featured steamy turds like placeholder assets, weak and unresponsive weapons as well as absolutely awful optimization.

I’ll give you a quick spoiler here; it turns out that when the best game in your genre is free to play and efficiently optimized, making your game look like gas station knockoff, no one is going to want to play.

In this past month, I’ve played a lot of battle royale games, putting in a few hours a day in Fortnite on average as it is my son’s favorite game. I gave Radical Heights an honest shot and planned to sit down and write about how absolutely godawful everything about the game seemed. I was going to complain about the weird founder’s pack, the expensive currency and how everything seemed completely reactionary, but as I started to put together my notes, CliffyB tweeted this:

I meant to write an article, shitting all over Radical Heights and how uninspired the game ultimately felt. I never got around to it because the studio behind it closed before I could finish. Honestly, some really good people are losing their jobs here, and that really sucks. However, when both games that a studio produces are critical failures and controversy seems to follow the head of your studio, the remaining talent that was left at Boss Key had to have seen the writing on the wall. I only ever had great interactions with the Boss Key team, and I hope they all land on their feet.

Hopefully, they can be part of some good games this time around.