Review: DaVinci IQ – Definitely a step up from the Ascent

DaVinci is no stranger to the vaporizer market with offerings like their Ascent, but the IQ is looking to take what they have learned in the past and make their next offering even better. 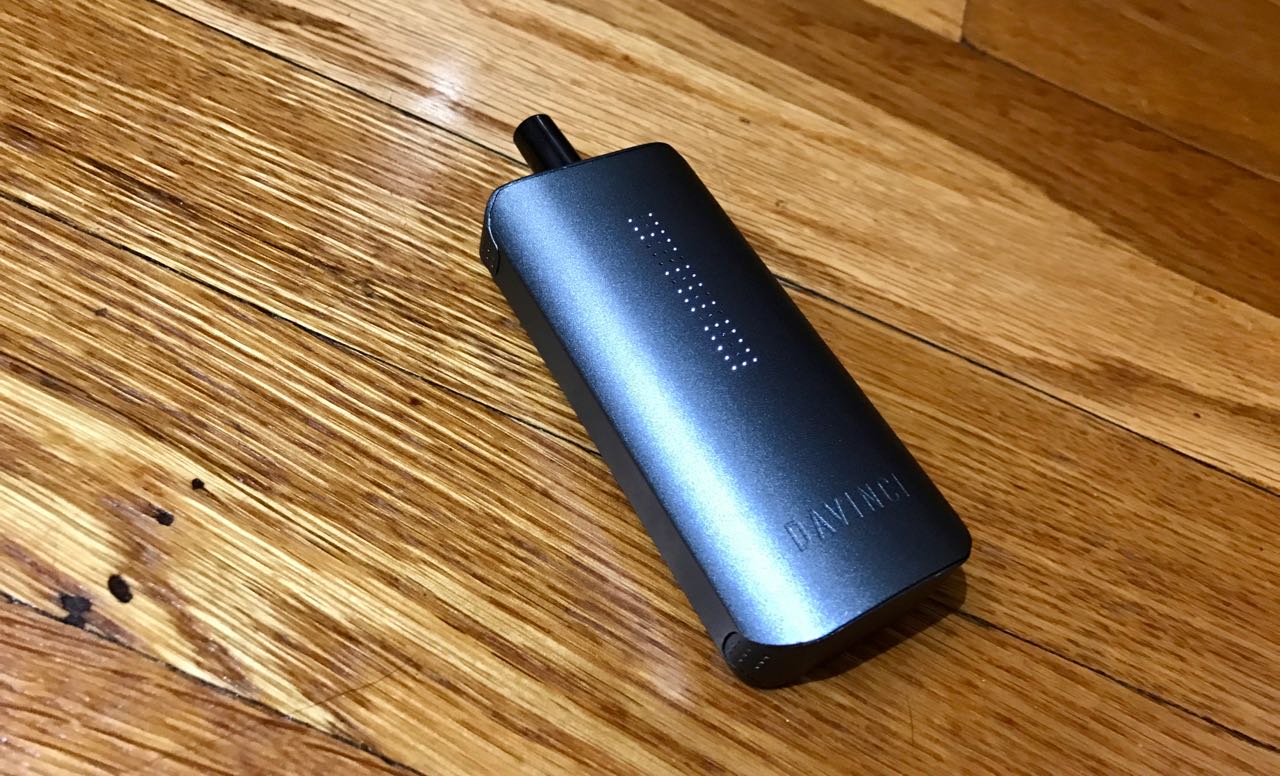 DaVinci is back at it again with another high-end herbal vaporizer with their latest offering: The DaVinci IQ.

Their last vaporizer, The Ascent, which was released two years ago, was really great in my opinion, but it did come with some caveats. It was big, heavy, and the battery life wasn’t all that great. The IQ addresses all those issues in a tiny compact device with more features than a tricked out Honda Civic.

With a plethora of features comes a plethora of dollars. The IQ prices out to $275 and quite honestly it’s not cheap. However, they’re not the only ones charging these prices. Some of the best one’s I’ve tested are easily over $200. Not all, but for the most part, yes.

Having spent some time with it, I can honestly say its worth every penny. I’ve had my share of vaporizers and I can tell you this sucker can handle its own. It’s small enough to fit in your pocket and its design definitely isn’t an eye sore whenever you whip it out. This is just the tip of the iceberg. We’ll dive deeper below.

The DaVinci IQ vaporizer is built pretty solid, it’s obvious DaVinci didn’t skimp out when it came to materials. The device is primarily built in an anodized aluminum casing. Meaning, it looks like real metal but it doesn’t weigh like it.

DaVinci loves their ceramic too because most of the stuff under the hood is mostly comprised of it. For example, the IQ is the only vape on the market with an all-ceramic air path. This gives you the full flavor of whatever you’re vaping and it’s essentially the cleanest way to go. On top of that, the heating chamber is made of ceramic too.

What really sets the IQ apart from a lot of the vaporizers out there is its unique light grid display.  This display is made up of 51 LED dots that displays animations such as temperature, battery level, the particular heating mode it’s in and more. Sure, this doesn’t improve its performance or anything but it’s a certainly a nice touch.

Another thing I wish more vaporizers utilized is a replaceable battery. There’s not a lot of folks doing it, luckily the IQ has that department covered with a replaceable 18650 battery. Why is this so important? Because when you’re on the go and don’t have access to a charger, you can just swap out the dead battery for a pre-charged one. Everyone hates being left out in the rain without an umbrella so it makes sense to have something to back you up.

Alright, this next section is going to cover a lot. When it comes to vaping, the IQ features a lot of different heating modes: Smart Path mode, Precision mode, and Boost mode. It can get a little confusing but they’re pretty straight forward. I’ll break them down below:

I mentioned it briefly above but I’ll dig a little further into. Like a lot of the newer vapes coming out, the IQ has its own Android and iOS app as well and it’s pretty intuitive. For starters, it provides you with a dashboard of the usage of your device while providing stats on your average session time, temperature, and whatever favorite Smart Path you’re using. On top of vape analytics, the app also lets you configure your own Smart Path.

Here’re some screenshots of the DaVinci IQ smartphone app:

When it comes to actually vaping with the device, it performed really well. At first there were some adjustment periods getting used to all the different Smart Path’s, but in the end, I found my happy medium up in the higher temperatures. After my learning curve, I found that the IQ offers an incredible vaping experience. However, I realized this after swapping out to the extended mouthpiece.

The quality of vape is something that should be noted too. Since most of the guts of the IQ are made of ceramic, flavor doesn’t escape when you’re pulling in your hits. I know a lot of vapes that don’t put flavor first and the IQ certainly sets themselves apart when it comes to this aspect.

If you don’t mind putting up $275 for a high-end herbal vaporizer, the DaVinci IQ is something you should seriously consider. I really like it and it’s definitely something different from all the different offerings out there. It’s design and light grid display is a head turner and its performance is something that leaves people wanting more of it.

My only issues with it at first was that at times it was confusing to use. With all the different heat modes and Smart Paths, it gets pretty daunting. But again, once you get over the learning curve you’ll see how simple it becomes to use.

Overall, it’s an amazing device I strongly recommend it. It’s backed with a 10-year warranty and comes in a wide range of colors including Stealth, Copper, Gunmetal and Blue.