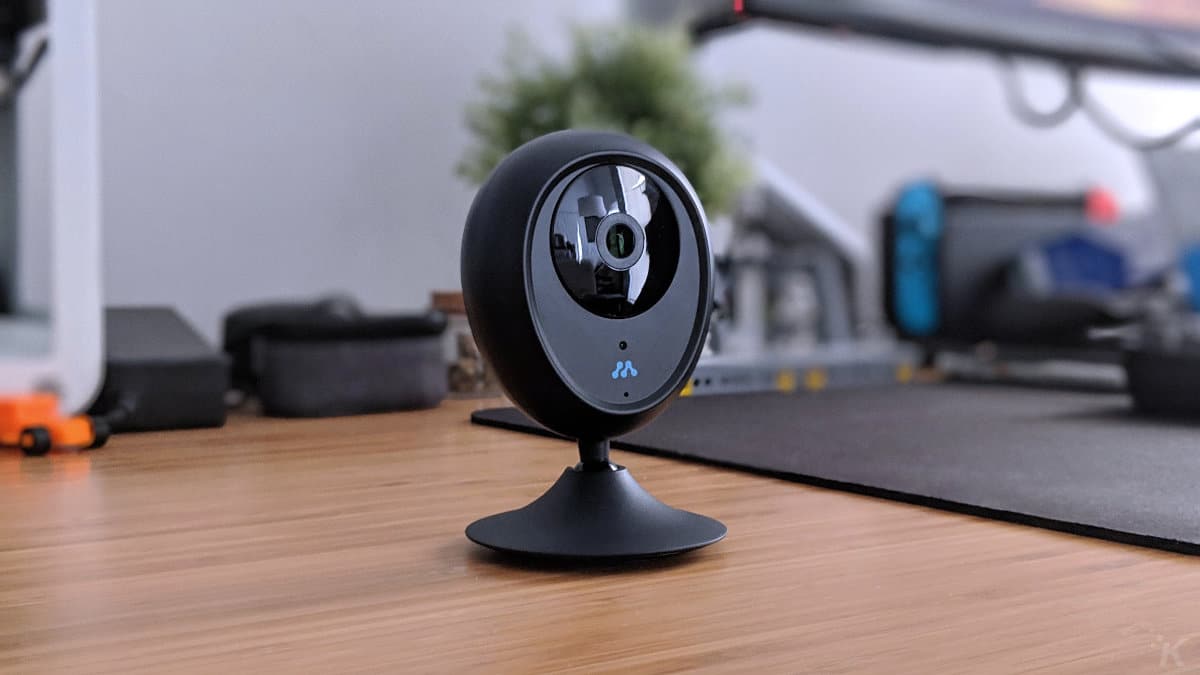 When we think about small, affordable WiFi-connected cameras for in-home security, most people will think of the Wyze Cam v2 which we reviewed earlier this year. They’re not the only player in the market, however, with multiple companies producing similarly affordable, well-performing cameras.

One of these companies is Momentum, and we’ll be looking at their Cori HD Smart Home Security Camera (2-Pack) today. At $59.00 for a two-pack, it’s an affordable kit for people needing to watch more than one area of their home.

The matte-black finish of the oval Cori HD camera is pretty nice. Each camera is 4.2 by 2.6 by 2.7 inches (HWD) and weighs just 5.0 ounces. It has a round base that lets you swivel and tilt the camera for getting the best field of view from your chosen mounting spot. The cameras are powered by a micro USB port on the back and there’s a microSD slot for local storage. You will have to provide your own storage media.

The camera has a 110-degree field of view and will capture video at 720p. It’s equipped with infrared LEDs so it can see at night, at up to 25 feet away from the camera. It’s got motion and sound sensors, 2.4GHz 802.11n WiFi and a microphone and speaker for two-way audio. The Cori HD will start recording when either sound or motion is detected and send you a push notification through the app.

All good stuff so far, unfortunately here’s where things start to go awry. For a device marketed with “Smart Home” in the name, there’s not much integration with other devices. You can link a Nest thermostat if you have that and control it from the Momentum app, but currently, there are none of the staples of the connected home like IFTTT integration or voice assistants like Alexa. These are supposedly in the works for future upgrades.

Choosing to store video locally means buying a microSD card to stick in each camera. Live streaming from the devices is always free, as are push notification of alerts and use of the two-way audio. If you’d rather have recordings backed up to the cloud for more security, Momentum has two plans to choose from. There’s the 7-day Event Recording plan, which costs $5 per month, per device. That gives you 7-day storage of recorded events, review of the stored video, and unlimited downloads if you want to save any of them. There’s also a $10 per month, per device plan that increases the storage duration to 30-days. Just remember – it’s per device so the 2-pack needs two plans. 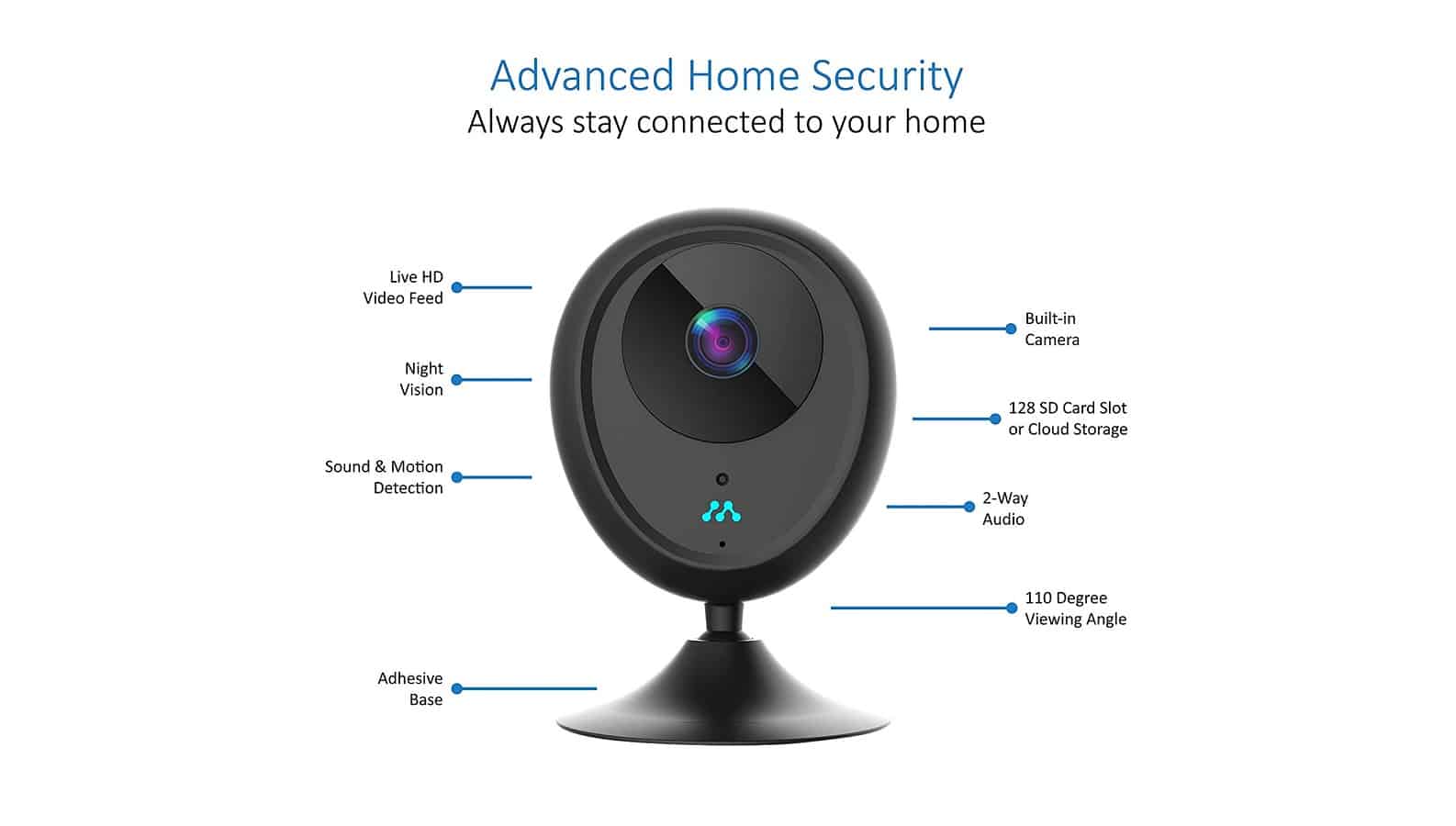 The mobile app for Android and iOS is fairly sparse but does the job. The main dashboard has the name of the camera with a still image of the last captured frame. Below that there are buttons for “Activity” and “Rules.” Tapping on “Activity” gives you a list of all the captured video from motion or sound triggered events. The “Rules” menu lets you create rules for things like enable/disable recording on specific times of the day or days of the week. You can also set the rules for if the camera records on sound or motion and if it sends you a push notification.

Tapping the still image on the dashboard lets you see the live-streamed video from the camera. There are also buttons for starting two-way audio, manually recording, taking a snapshot and viewing past activity. You can turn the camera on or off remotely, mute the speaker or set other settings like WiFi and motion zones from the gear icon.

Installing the Cori HD camera is straightforward. After downloading the Momentum app and creating an account there’s a big plus sign in the app to add a device. Tapping that brings up a screen that asked me which device I was connecting, and then asked me to scan the QR code on the bottom of the camera base. Then it asked me to plug in the camera power and connect to the WiFi hotspot that the camera gives off.

All simple so far, but there was a snag while using my Pixel 2 to connect. My home WiFi network has both 2.4GHz and 5GHz on the same SSID and the Momentum app couldn’t see my 2.4GHz network on the Pixel 2. Using an older phone let the app connect the Cori HD and then I could see it on the app on my Pixel 2. It could just be that phone or maybe it’s something to do with Android 9.

In my testing, the Cori HD was fairly sharp image-wise, it did have some issues with contrast if there’s a lot of bright/dark areas in the field of view so it’s worth testing a few mounting spots to get the best place. 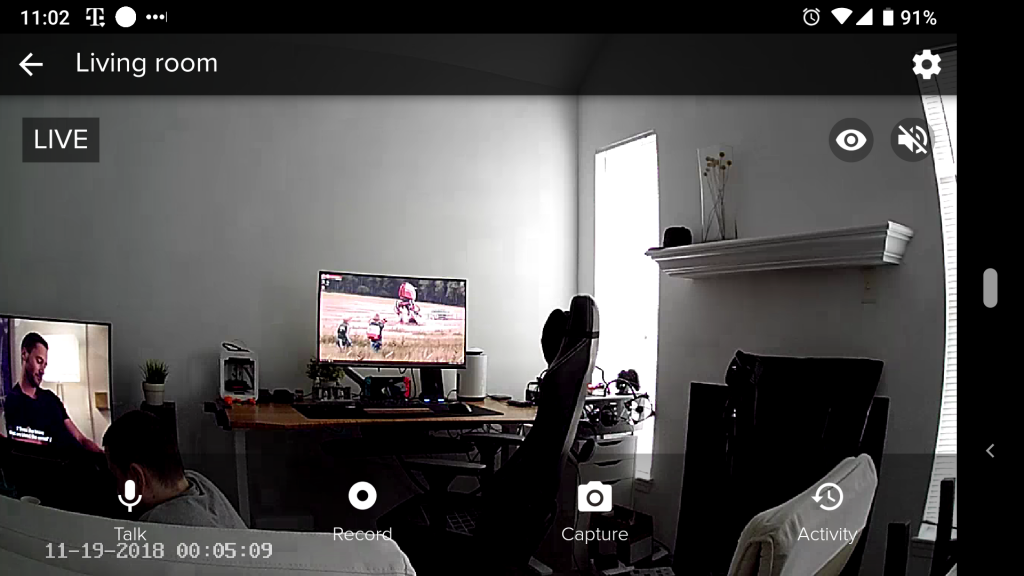 Motion and sound detection worked well, as did the two-way audio. Being able to deselect motion detect areas is great if you need to stop motion alerts caused by things like traffic outside of your window. Being on the 4th floor I didn’t have to change this, but it’s nice to see it included.

The Momentum Cori HD Smart Home Security Camera is a pretty affordable way to keep an eye on the inside of your home. Maybe you’ve got pets you’d like to watch while being able to talk to them if they’re acting up. Or maybe you just like the peace of mind of being able to see what’s going on in your pad.

Whatever your reasons, the Cori HD performs pretty well with its video capabilities. The “smart” part isn’t really there yet but upgrades for voice assistants and IFTTT are in the pipeline.

With how good the Wyze Cam v2 is, the rest of the indoor camera manufacturers have a difficult task – Momentum gets close with the Cori HD.