Review: Eyoyo 5″ Camera Monitor – a solid choice for the price

A great helping hand for the creative. 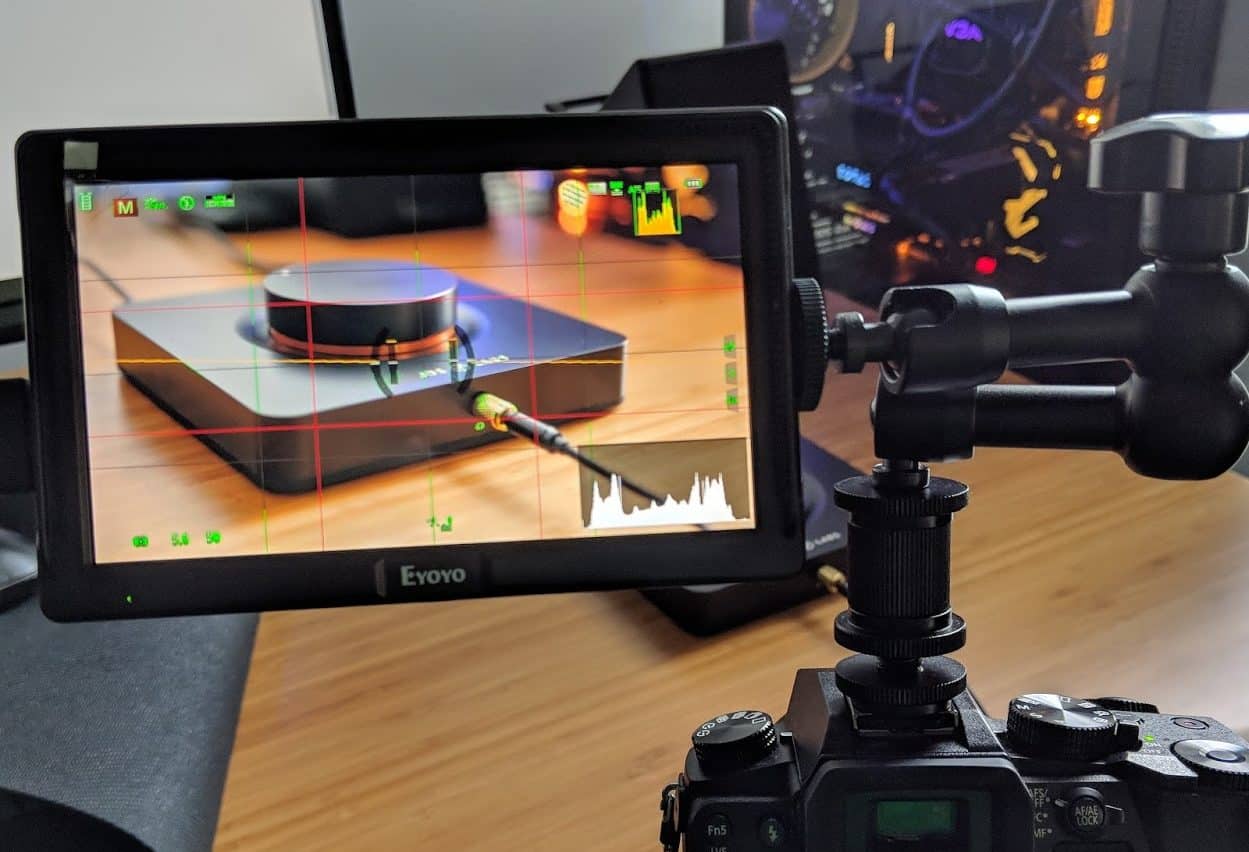 Cameras have gotten so much better recently, but for some tasks, they still need a bit of help. Solo creators have to either squint at the flip-out screen or just wing it and hope they’re in-frame. A camera monitor is almost required kit when filming, helping the creator keep the shot in-frame while adding extra value with things like focus peaking and false color.

I’ve previously reviewed the 7″ model, so I had an idea of what I was in for with the smaller model.

There’s a lot to like on the Eyoyo E5 5″ Field Camera monitor. 4K pass-through, multiple power options (two common battery types, DC, and a welcome micro USB), 1/4″-20 threaded holes on three sides for flexibility in mounting and controls on the edge not on the face. I don’t know about you but I hate when pushing a button starts to unthread the monitor.

All the usual on-camera assists are here and work well. Focus peaking is great, especially at this size of a screen. I rely so much on this with my Lumix G7 even on autofocus, and it’s unwieldy on the tiny flip-out screen that my camera comes with. The 5″ size cuts down on weight so it’s also great for handheld self-shots. Any solo creator knows the value of an on-camera monitor, and the price of this model makes it far more affordable than units from people like SmallHD or Atomos.

The default settings of the panel are slightly over-saturated, but that’s easily fixed in the menus to a more neutral tone. The panel has good brightness and is far more usable than my Lumix’s onboard screen when outside during sunny days. The sunshade is really easy to mount also, so points to Eyoyo for their implementation. It’s good to see things like image-flip and a volume meter on such a budget-orientated monitor.

Battery usage with the E5

Other reviewers have mentioned battery drain due to the always-on LED that reminds you that a battery is installed. I can’t say I’ve really noticed any drain within a week of non-use, I usually recharge my camera gear weekly so I haven’t left it for longer times to see if it does.

Battery use, while the screen is on, is low also, I can get through a full day shooting without changing batteries out – far longer than my camera’s battery. I can’t test it with video unfortunately as my G7 shuts the HDMI out when video recording turns on, an annoying feature that I can only imagine is to drive people to the higher-priced GH-range.

Anyone wanting to up their photography or has a camera that allows live-HDMI output while recording video should definitely check out this monitor, it’s a wallet-friendly unit packed full of features. For $139.99 it’s a steal compared with the competition.