Galaxy S21 Ultra or iPhone 12 Pro Max: Who has the best camera?

Spoiler: Both are fantastic. 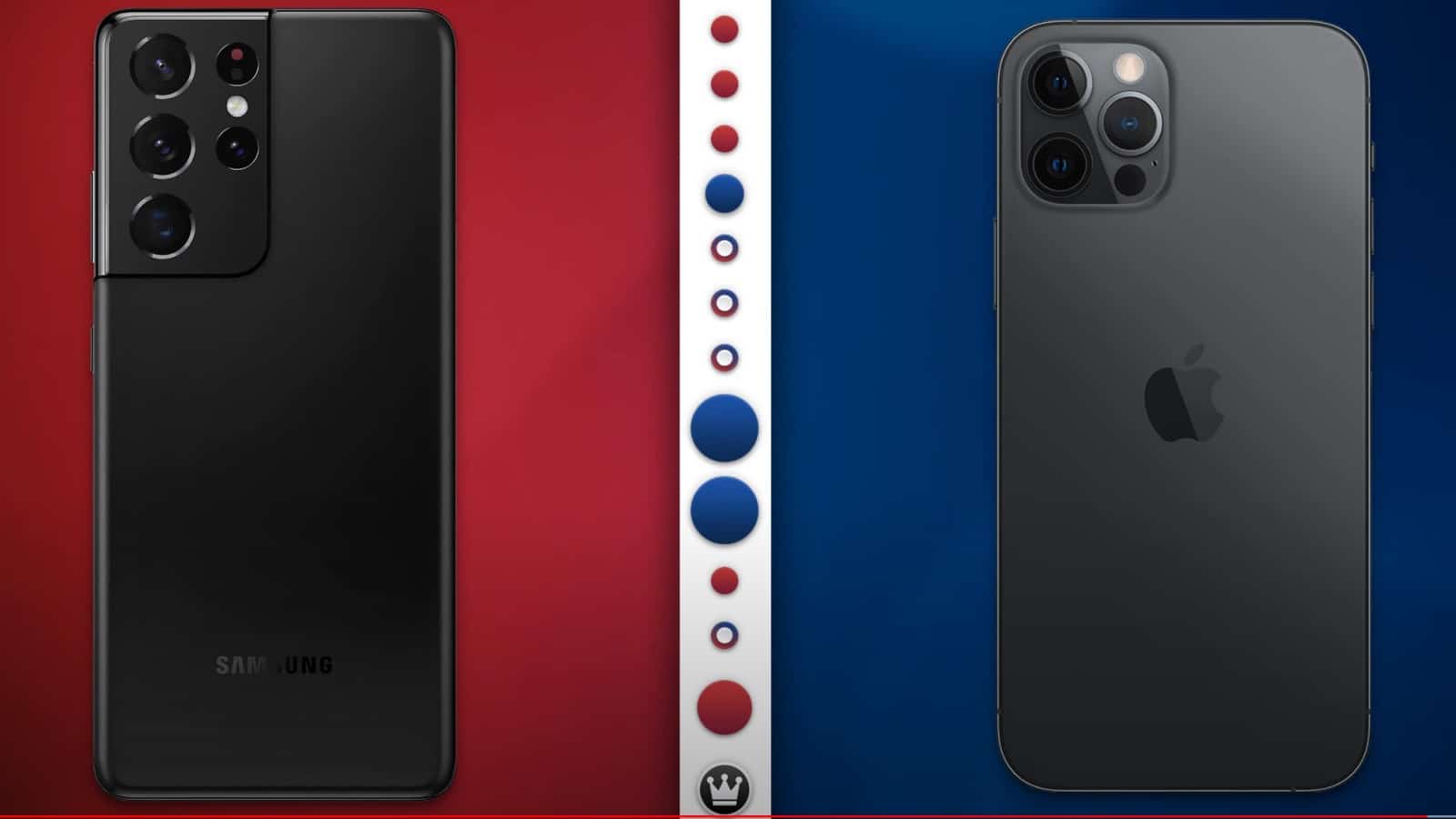 If camera quality is your primary motivation when buying a new smartphone, how do you make an informed choice?

With so many reviewers taking their sample images at different times or locations, it’s hard to tell which is best.

Popular UK YouTuber Mrwhosetheboss had a great idea to pit the new iPhone 12 Pro Max against the Samsung Galaxy S21 Ultra while taking all the comparison footage simultaneously.

He did this using a clever dual-clamp rig that let both smartphones take their images from virtually the same point in space.

Then he put both cameras through the same 12 sets of tests, looking at 8K and 4K videos, slo-mo, zoom, night mode, and more. You can watch the full testing in the video below, but we’ll summarize it.

Over the 12 categories, Samsung won five, Apple won three, and four were undecided. The upshot of the 12 tests is that Samsung won, but it was a close race.

If you could combine the two, you’d have a smartphone camera with almost no drawbacks, as “each failing of one of these phones is something that the other is particularly good at.”

If so, I can’t wait until Apple starts putting sensors bigger than 12 megapixels into the iPhone.

The other thing about smartphone cameras is how the stock camera app behaves.

Apple takes great pains every year to keep the user experience simple while adding new features that mostly run in the background.

Samsung loads their camera app with features upon features to choose from, adding extra functionality over their competition.

When it comes to the best camera, is Samsung or iPhone the superior choice? Well, that depends on how you use your smartphone camera and if you want a simplified experience or more control.

Samsung might have won this round, but there’s always next year…

Have any thoughts on this? Surprised by Samsung’s performance? Carry the discussion over to our Twitter or Facebook.