It has Alexa and Fire TV built-in. Plus it is really fucking loud… 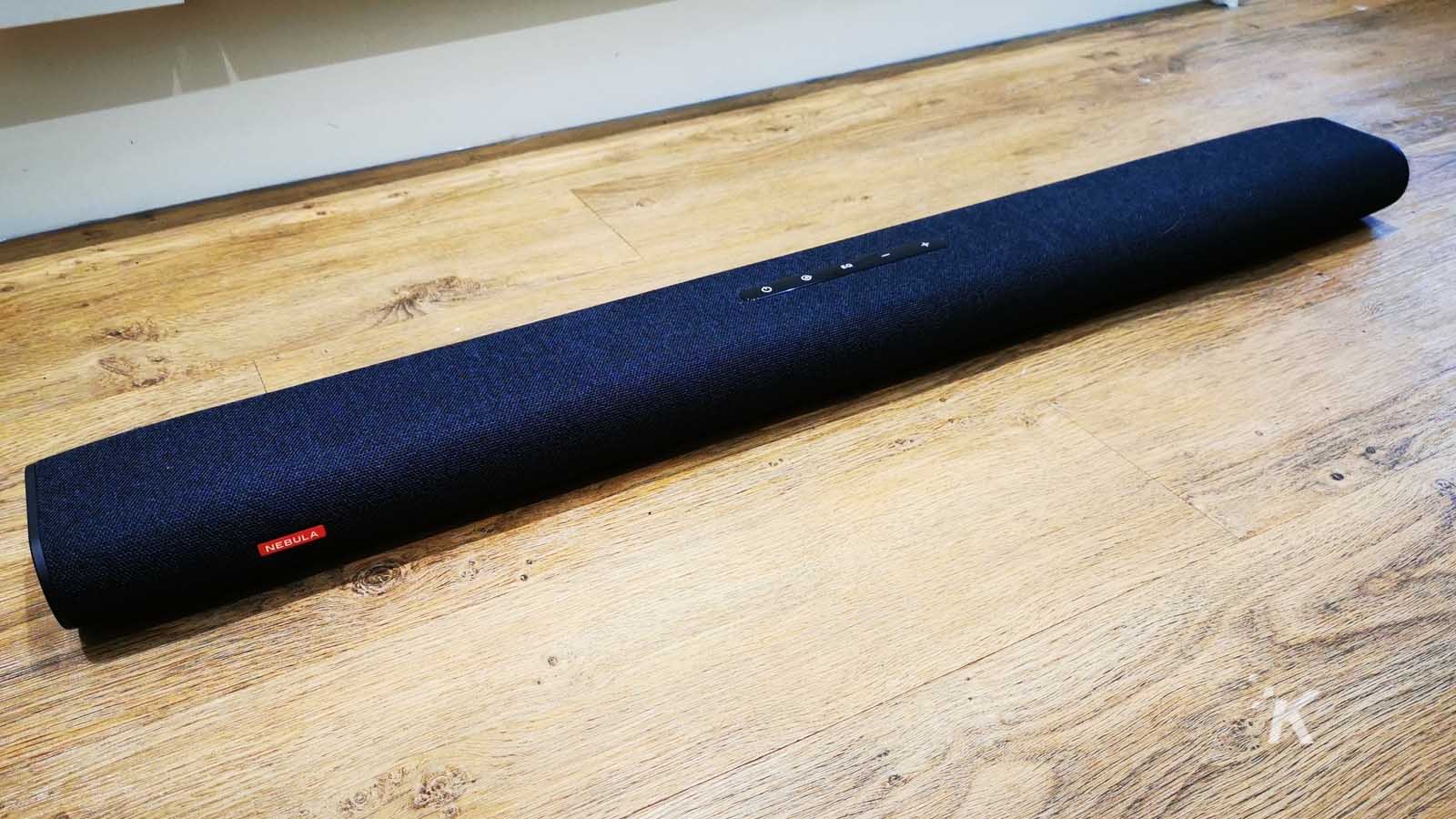 Image: Ste Knight / KnowTechie
The Good
Excellent sound range
Alexa and Fire TV built in
Can be placed flat on a surface or mounted
Nice deep bass and crisp treble
The Bad
Quite expensive
Bass can be a little too overpowering at times
A bit on the large side dimensions-wise
8.8
Overall

Well, the festive period is definitely a great time to be giving a soundbar a run for its money, and the Nebula Soundbar from Anker has souped-up music and movies no-end in my house.

With numerous parties in full-flow over the past week, and approximately 14 bottles of red wine sunk by myself alone, I’m now sufficiently over the seasonal hangover to tell you how this little beast fared during its testing.

Tell it what movies you want to watch 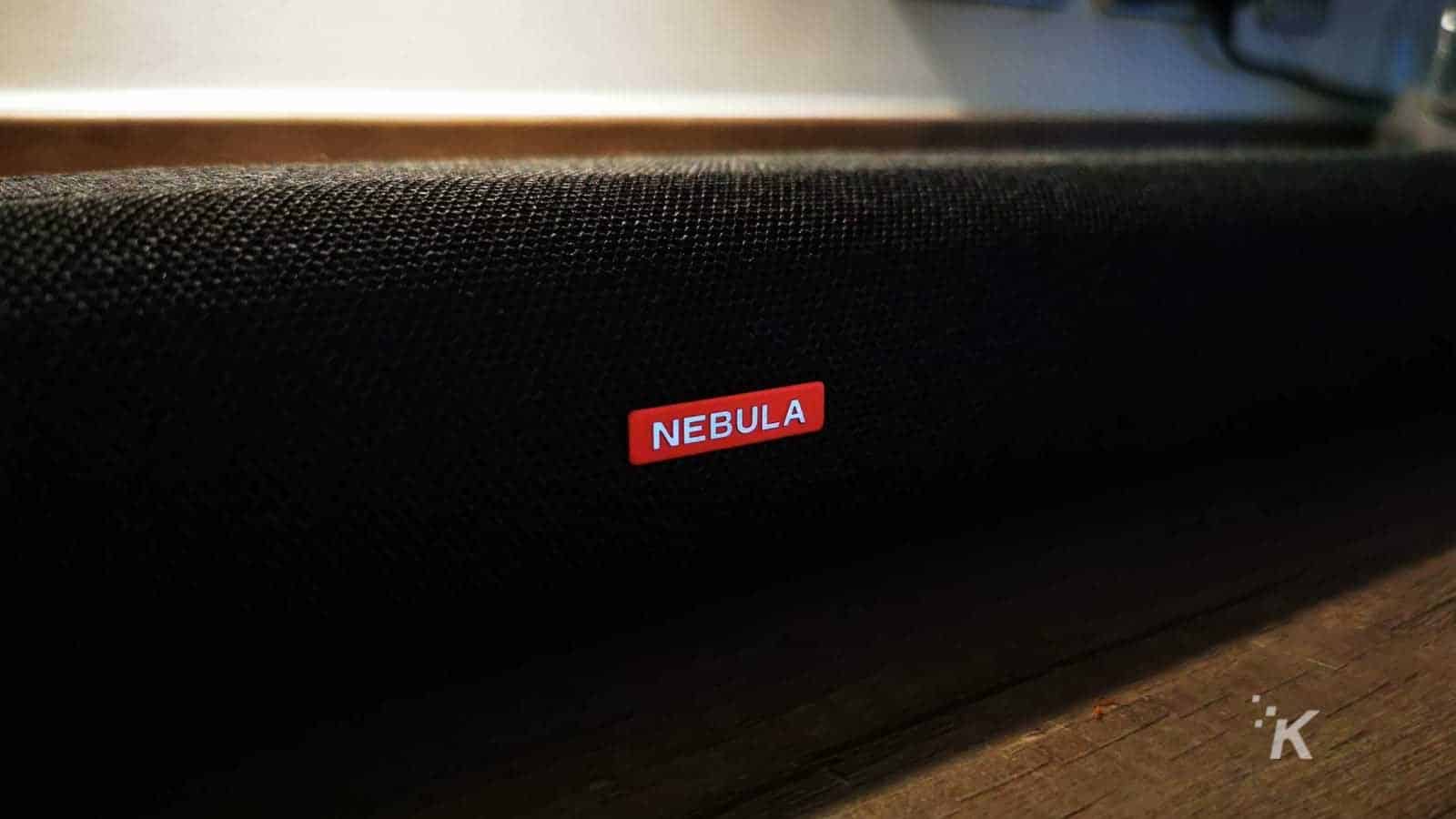 With Amazon Fire TV and Alexa built into the unit, this is a great way to save space if you planned on getting all three. Not that anything with Alexa or Fire TV actually takes up a great deal of space, of course, but why have (and pay for) three separate devices when it comes in one?

As with all Alexa products, you can ask it pretty much anything and you’ll get an answer. Music and movies are the obvious things you’ll be asking the device to source for you, but if you’re bored, then you can get Alexa to ask you quiz questions, tell you jokes, or even indulge in some low-level romancing if you’re into a bit of cyber, just don’t expect the bondage gear to make an appearance.

The Fire TV element gives you access to Prime Video, Netflix, HBO and Amazon Music straight from the remote control, with the option to search the internet also included so you can surf on your fucking huge TV instead of your smartphone or laptop.

Both of the Alexa and Fire TV integrations are responsive and easy to use. I watched several films through my own Amazon account using the device, as well as listening to music when the turntables weren’t spinning and I couldn’t be bothered standing up to turn the monitors on. 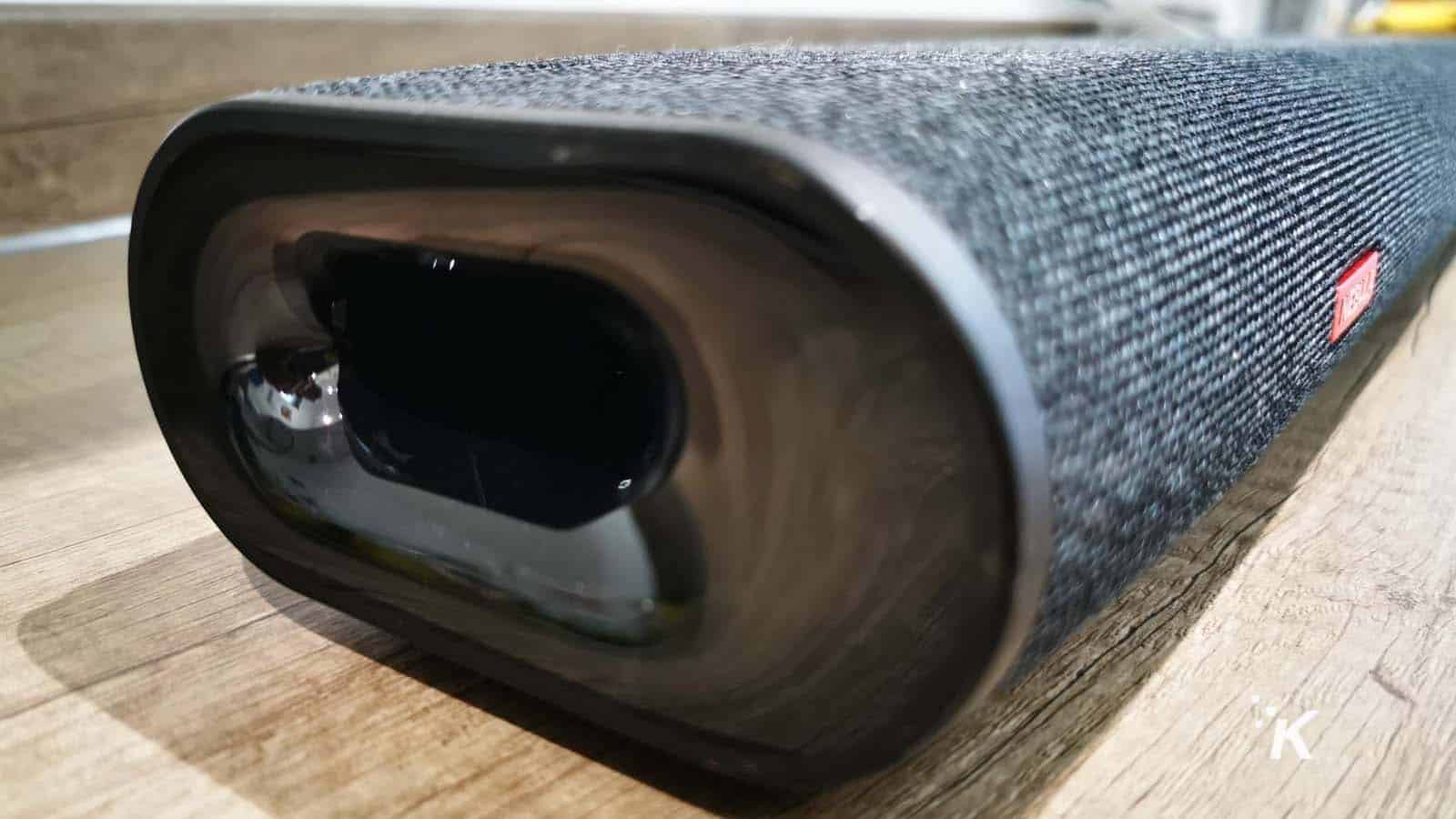 OK, so you probably want to know what the sound was like, then? Well, it has the potential to be VERY loud, if you want it to be. There are three equalizer settings; movie, music, and voice, and these will alter the bass, mid-range, and treble sounds depending on what you are using.

Bass and treble adjustment are also available via the remote with options to increase and decrease by ± three. I had to actually turn the bass down to avoid pissing my neighbors off and also to clarify the sound a touch (which may be the acoustics in my sitting room rather than anything else).

The unit features a sub-woofer at each end, both packing 30W, which is perfect for home entertainment. Overall you grab a 2.1 speaker system, the aforementioned subs, two full-range 20W speakers, two Bass Ports, and the SPL (sound pressure level) is set at 105dB. The overall power output is 100W, so you can imagine the kind of noise the Nebula will be making. 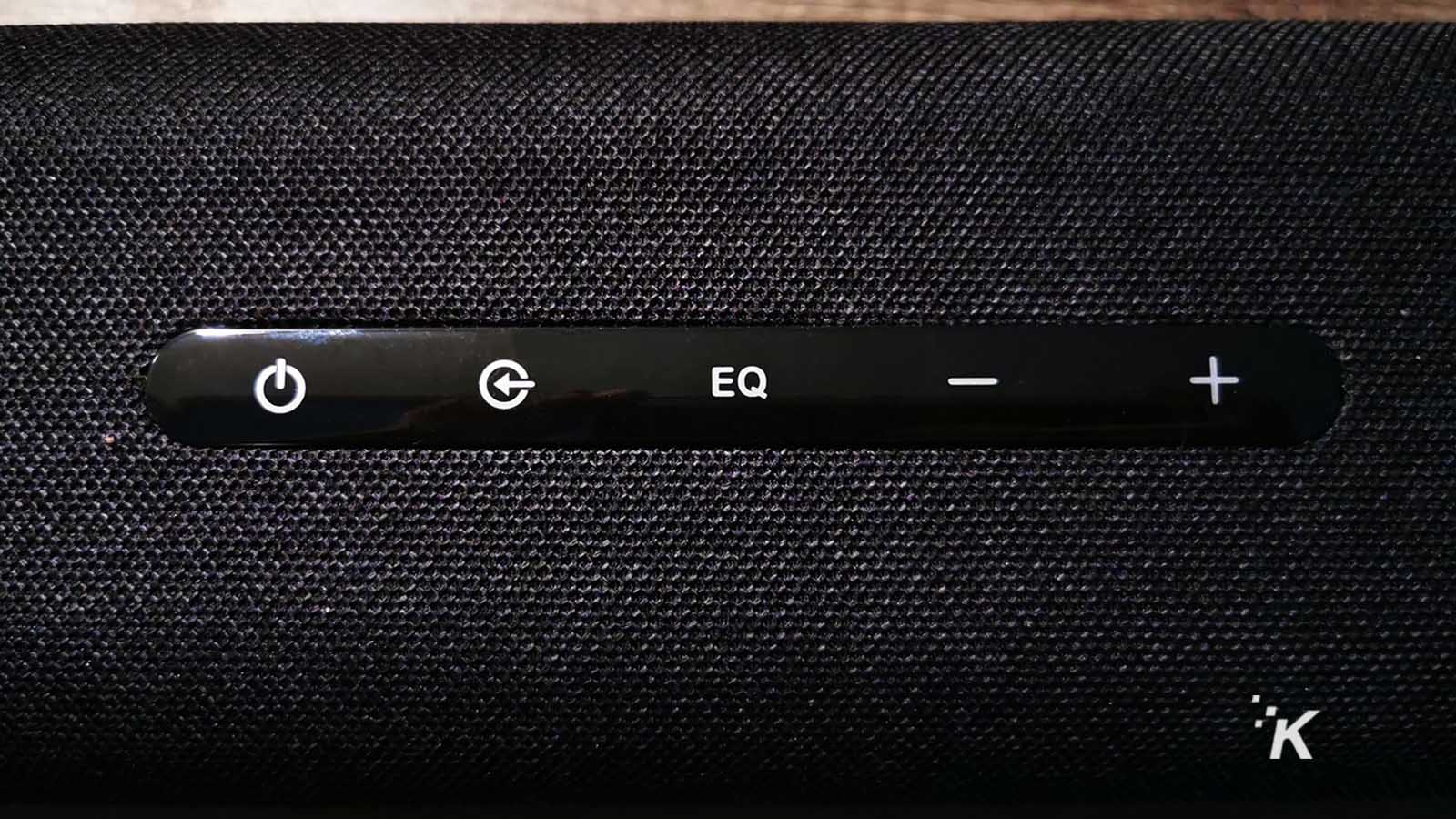 The inputs are pretty standard as far as modern AV tech goes. Round the back there are ins/outs for HDMI, an audio jack and optical socket (which I found to be much better in terms of sound quality than that audio jack) is a PCM 2.0 for HDMI output, which carries the 1.4 HDMI HCP version. The unit also supports Dolby Digital Plus Decode and Dolby Vision, as well as 4k HDR. NICE!

As mentioned, the unit comes with a remote, and the box also contains a set of mounting brackets, meaning that if surface space is limited you can hang the Nebula Soundbar from the underside of one of your TV stand’s shelves, or similar. Alongside the remote, the simple touch controls on top of the unit can also be used to change the input, EQ, and power, as well as the volume.

A quick start guide is also included, alongside a measuring guide to allow you to drill only two sets of holes to mount the thing, rather than 50 sets of holes all over the underside of your shelf because you’re crap at DIY/scared of drills.

Should I buy it?

In short, if you’re looking for some high-quality entry-level home cinema sound, with Anker’s know-how and Amazon’s entertainment prowess built-in, then go ahead and spunk the $230/£180 on the Nebula Fire TV Soundbar.

The device is super-simple to set up and start using, and with the Alexa and Fire TV integration, you’ll be entertaining the shit out of yourself in no time.

The Good
Excellent sound range
Alexa and Fire TV built in
Can be placed flat on a surface or mounted
Nice deep bass and crisp treble
The Bad
Quite expensive
Bass can be a little too overpowering at times
A bit on the large side dimensions-wise
8.8
Overall
Related TopicsAnkerEntertainmentnebulaReviewsSoundbar