Nyko’s Power Pak is a cool option for children, but too bulky and prohibitive for most Switch owners. 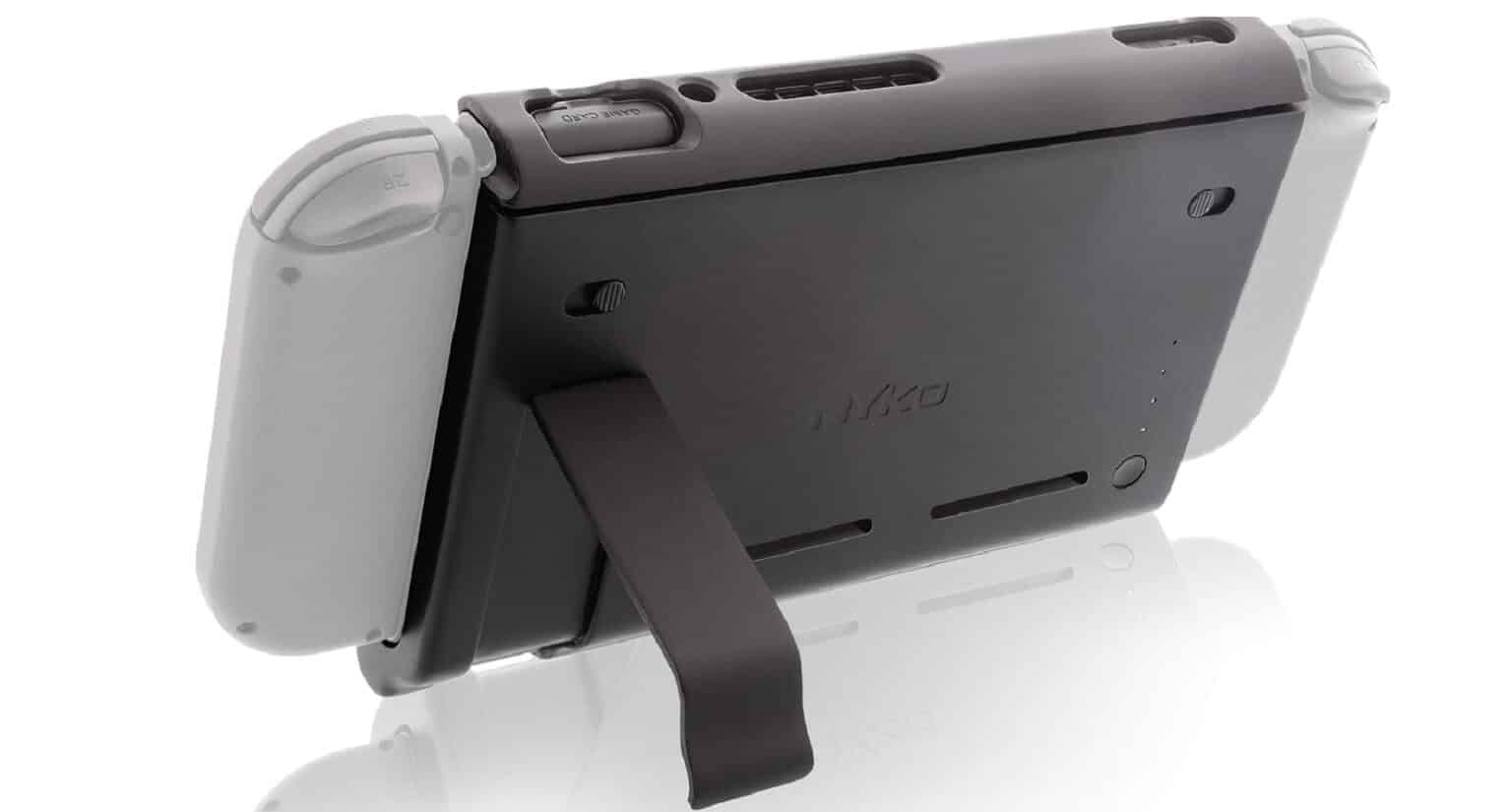 Nintendo’s Switch is a pretty sweet little piece of tech, but it’s got a fairly horrible battery life. Depending on what you’re playing, you’ll be lucky if you get more than three hours of gameplay before having to charge the damn thing. Even in standby mode, the Switch battery isn’t nearly as good as I’d expect it to be – considering how much more my cell phone does on a daily basis.

Fortunately, Nyko’s got you covered with their Switch Power Pak, which adds a significant amount of time to your game for less than the cost of an actual game. The Power Pak conveniently sits behind the Switch console itself as it attempts to stay out of your way by doubling as a piece of protective gear that wraps around the screen, and also adding the benefit of a kickstand that blows the doors off the poorly implemented one that’s already on the Switch.

The Power Pak is a life-saver for portable sessions where you’d likely be putting the Switch on the table and playing a two player game of Mario Kart while waiting at the airport.

While the Power Pak does a pretty good job of trying to stay out of your way, unfortunately, this just doesn’t lend it any sort of favors. To use the Power Pak, you’ve got to lay the Switch into the groove on the battery pack, and then clip down a protective rail that holds the Power Pak in place, while also serving as a protector for the buttons along the top edge of the console. It adds a bit of bulk along the top which isn’t too bad, but for mongoloids who have massive hands, there’s about half an inch of difference between where the back of the Joy-Con is and the underneath of the battery pack when holding the Switch in handheld mode.

If you’re a normal gamer, your fingers will find their spot comfortably and it won’t be much of an issue, but some will certainly complain that it makes their hands more tired because they have to claw grip the Joy-Con area for a firm grip. What really makes their hands tired is the added weight that the Power Pak brings – which makes the Switch feel noticeably heavier.

This makes using the Switch dock to recharge impossible, leaving you with the only option of charging to be throwing a USB-C cable into it – but then you can’t use the HDMI out since the USB-C dictates that on Nintendo’s charging dock. This means you can’t just leave it on your Switch like you could a Mophie case for your phone, so there’s not really a lot of appeal here aside from giving it to your child who’s never really going to care since they won’t be the one charging it anyway.

Nyko’s Power Pak is a pretty cool option for parents of younger children, but are people even giving Switches to young kids since tablets are so cheap these days?

Nyko’s Power Pak is available at most retailers, including Amazon, and was provided to us for review by Nyko Technologies.

For more reviews and tech news, check out: