Unlike my meat, I hope this review is well done. 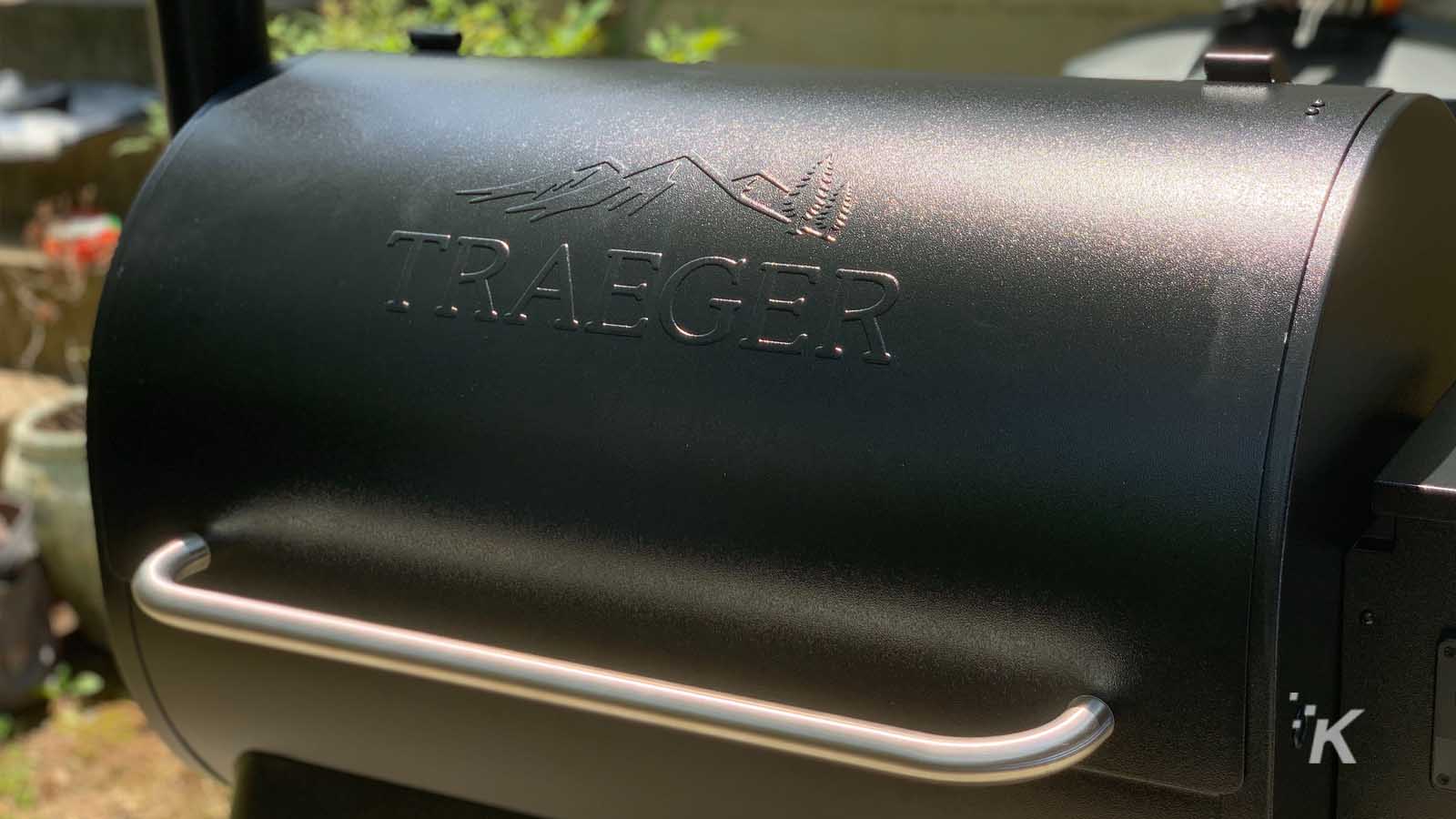 Image: Josiah Motley / KnowTechie
The Good
Easy to assemble
Plenty of cooking area
Smart features work well
The Bad
Hard to call this a negative, but may be overkill for some people
A bit pricey
8.5
Overall

Ask anyone about my grilling prowess, and you’ll surely be met with many glowing accolades – “I’ve literally never seen him cook.” “I don’t trust Josiah with fire.” “I hate it when good things happen to him.”

While all of those things may be true, I do love the idea behind cooking so when offered the opportunity to test out a self-proclaimed smart grill from Traeger, I jumped at the chance.

What better way to inspire my inner Gordon Ramsey than by equipping myself with a grill that not only inspires but offers a variety of features that take some of the guesswork out of grilling meat. Hopefully, the Traeger Pro 575 is up to the task.

Again, I need to make this clear: I very rarely cook, and when I do, it’s not on a grill. I will probably get dragged for this, but I can probably count on two hands the number of times I’ve grilled anything past hot dogs and hamburgers. 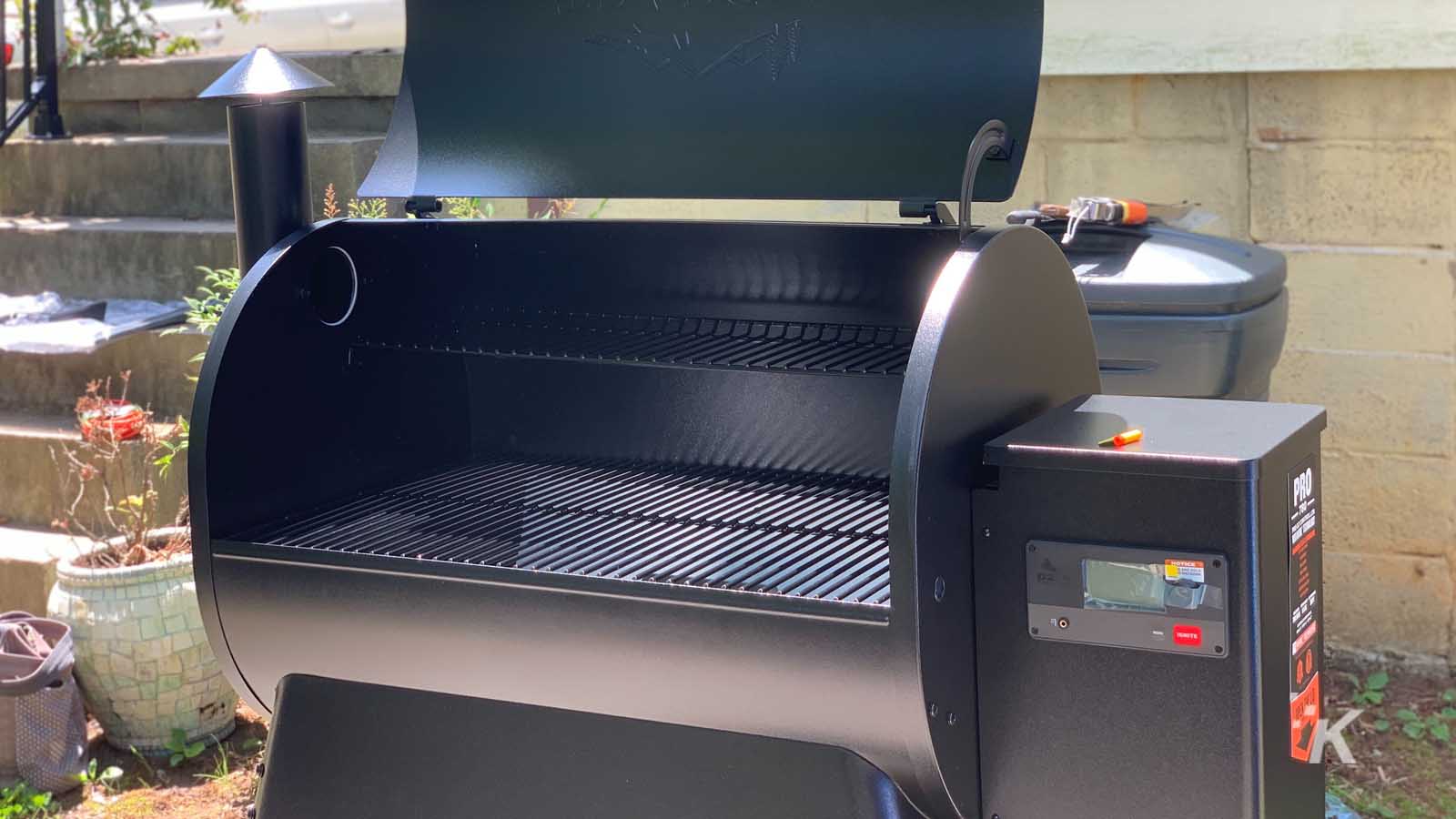 We’ll dive into most of this further down, but the Traeger Pro 575 is a pellet-fueled grill that offers users an easy-to-use system to give people a different way to cook their food. You see, with pellet grills, you replace traditional charcoal or wood with these little pellets. They come in a variety of options, giving users an easy way to subtly change the flavor of the things they are cooking.

Because of this system, the grill might seem a bit overwhelming at first, due to the feeder and firepot, which are used to deliver the pellets to your grill. Even with all of these new terms, Traeger manages to break it down easily, to the point that I felt like I learned something as I read through the instructions before putting together the grill.

It should be noted that Traeger recommends you use its brands of pellets, and that using other brands will void your warranty. I’ve read some other reviews that said they used other brands without issue, but it’s something to keep in mind.

Putting together the Traeger smart grill

The grill arrived in boxes on a literal pallet and it was definitely a bit overwhelming. That said, any worries that I may have had were quickly brushed away as a friend and I started breaking down the boxes. I will say upfront, that you will definitely need a friend to help you with putting the grill together. Some pieces (like the main barrel) are heavy and putting it together sometimes requires weird angles that are made easier with a friend.

The included instructions were easy to follow along with and everything went together extremely smoothly. If you can put together a couch from IKEA, you can do this without issue.

Smart features, in a grill? 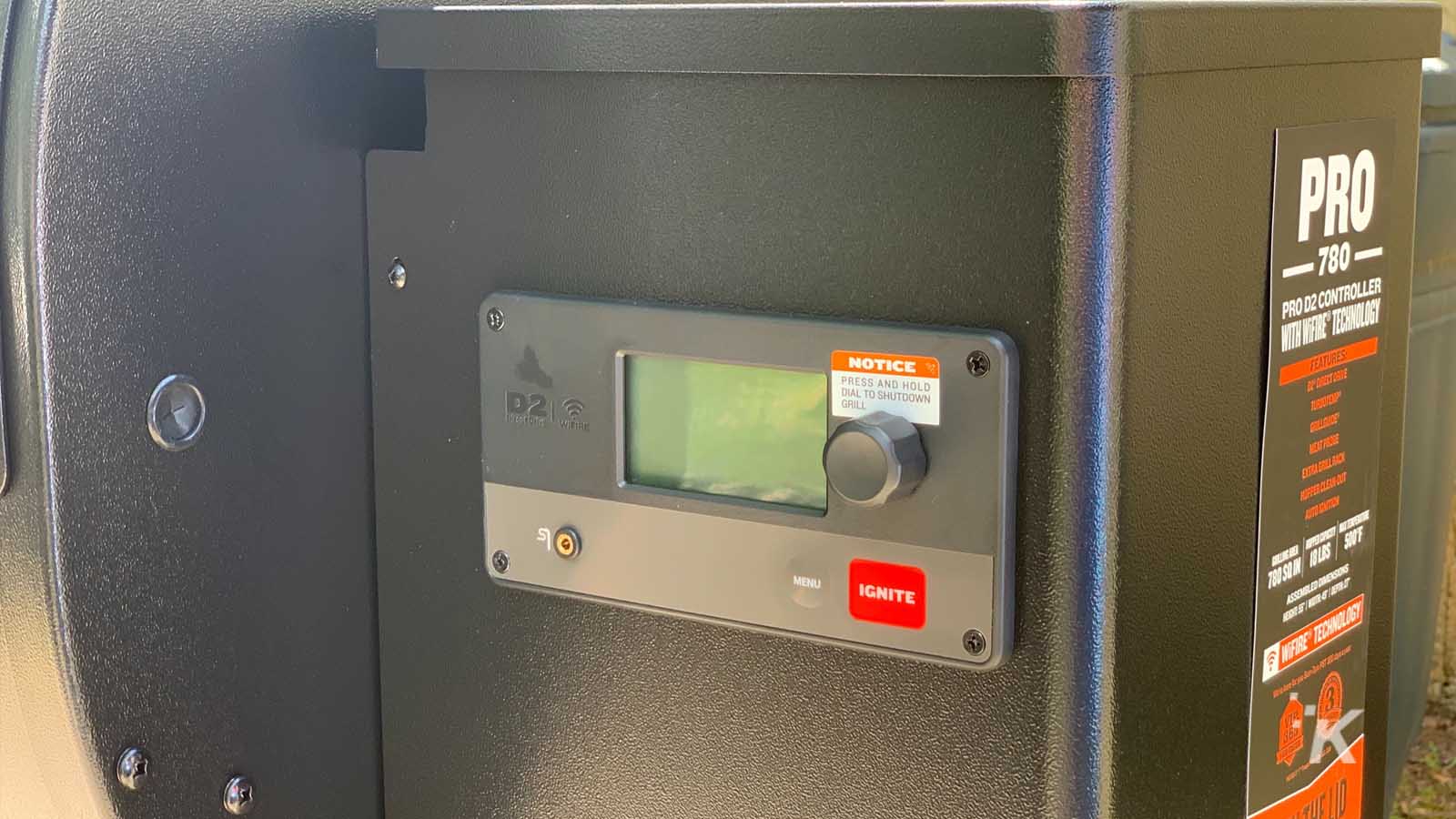 The control panel for pre-heating the grill, as well as other features (Image: KnowTechie)

Obviously, there needs to be something techie about the grill if we’re reviewing it, and Traeger has done just with the Pro 575 model. It features WiFi (called WiFire, which I’m totally here for) and this connectivity allows you to monitor your grill and meat through the Traeger app.

It all works well and the only issues I had when starting dealt with a solid connection, but I can honestly chalk that up to my stock router and not the grill. Placing my phone on WiFi and testing things showed that both the grill and my phone had issues connecting at the range I was at. When connection issues aren’t a problem, the system works as expected.

More about the Traeger Pro 575 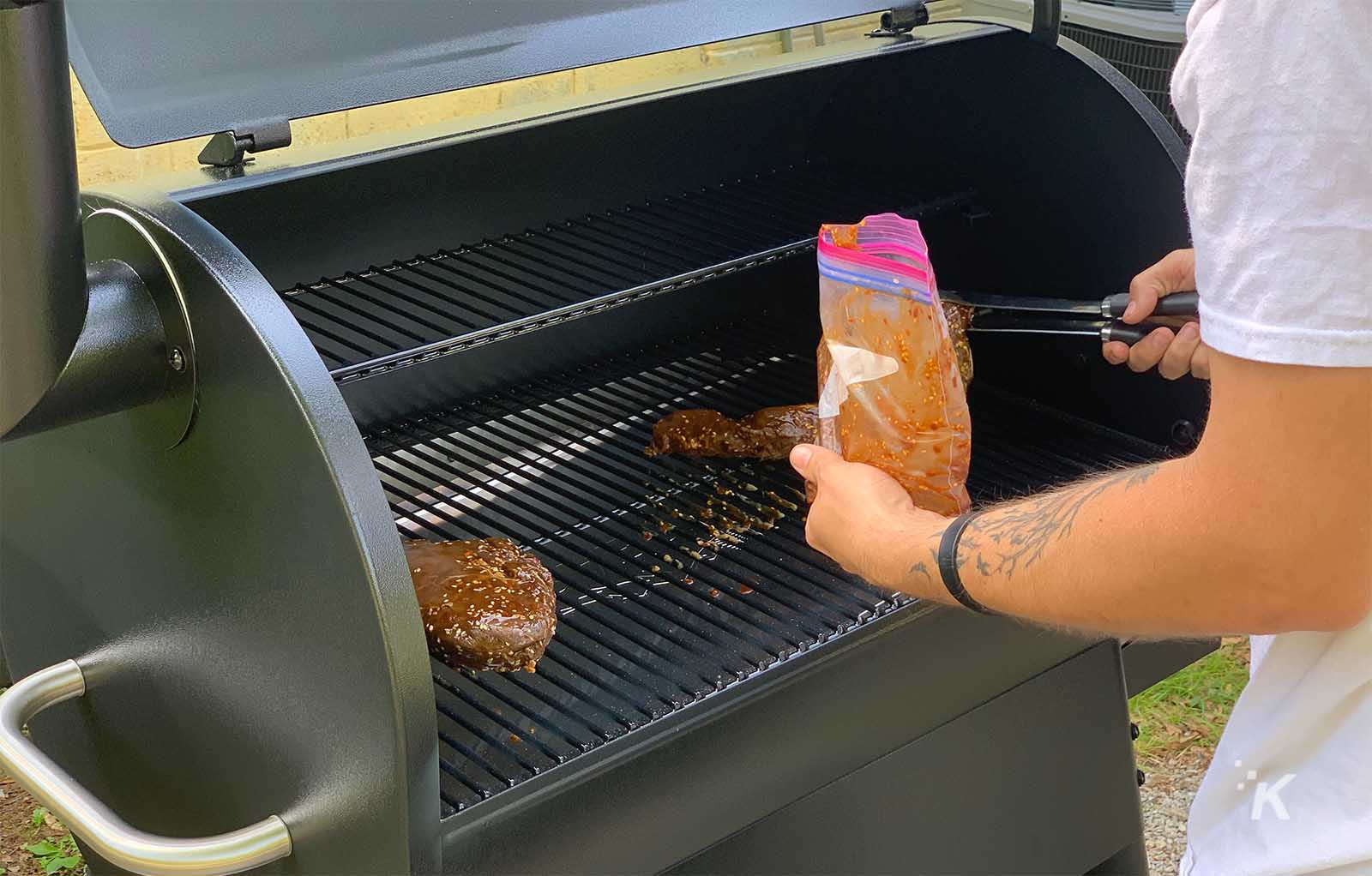 Overall this is a fantastic pellet grill. Personally, as someone that doesn’t spend a lot of time grilling everything felt pretty straightforward and between the thought-out instructions and the app, all of my questions were answered.

The grilling area was plenty for me and my friends. We cooked ribs, deer meat, and more and still had room to spare. There’s also a larger model, the 780, for when you have a serious need to smack a lot of meat on the grill. For the Pro 575, the total grilling area is 575 square inches. Andddd I just realized why it is called the Pro 575.

For people that aren’t used to pellet cooking, the grill can definitely feel a bit overwhelming with the pellet system. With this, you load the grill up with pellets, and using a smart delivery system, the grill will push out more pellets to heat your grill (and food). This method also provides extra smoke, which can add a lot to certain foods you cook on it. As someone who has never dealt with this type of cooking method, I spent a decent amount of time trying to double-check the system to make sure everything was going as planned. Thankfully, it was.

If you don’t grill often, the Traeger Pro 575 might be a bit overkill, but if you love spending time over a hot grill surrounded by friends and family, there’s not much to dislike about this offering.

You’ll also need to consider how much you’ll use it in relation to the price, as the Pro 575 model will set you back $799. If you aren’t serious about your meat, or just want something to grill some hamburgers and hot dogs on a couple times a year, you might be better suited with a cheaper option.

The Good
Easy to assemble
Plenty of cooking area
Smart features work well
The Bad
Hard to call this a negative, but may be overkill for some people
A bit pricey
8.5
Overall
Related TopicsNewsReviewssmart grilltraeger