Not for competitive, perfect for casual. 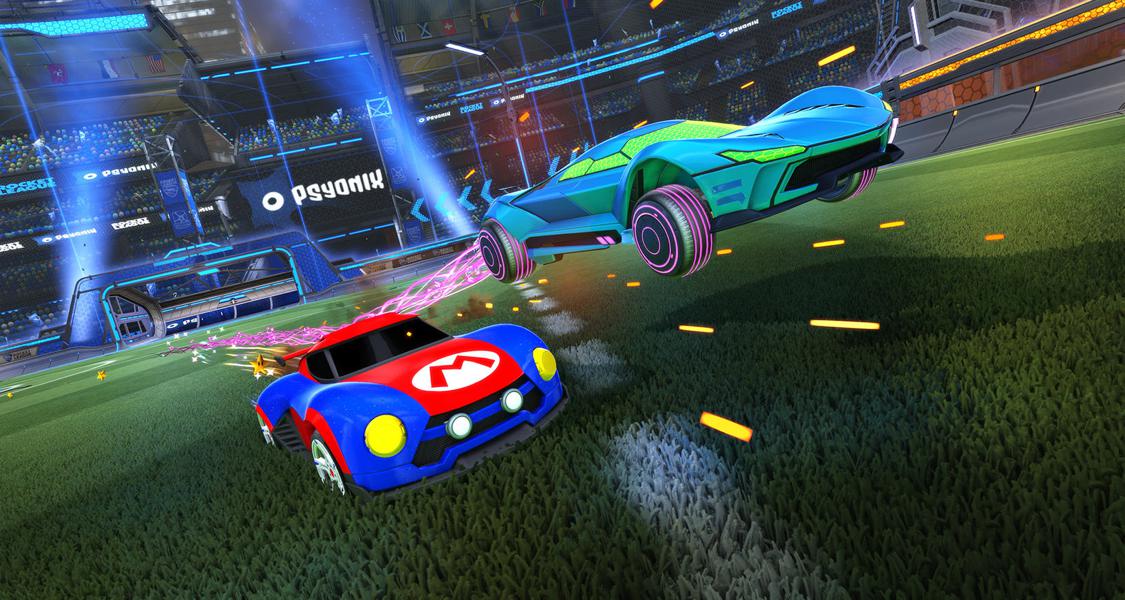 I have previously stated that I am a Rocket League addict. I keep up with the pro scene along with dumping hours upon hours into the game. There is something about this game that has dug its hooks deep into my soul, and I honestly don’t mind. When I heard that Rocket League was coming to the Switch, my eyes lit up like a kid on Christmas. I had an excuse to play Rocket League on the go. My addiction thanks you, Psyonix.

Rocket League is amongst the easiest games to “pick up and play.” All you have to do is jump and hit the ball essentially, right? Of course, once you get into the higher tiers strategy, passing, and montage-like shots are a dime a dozen. The fact that the ultimate “pick up and play” game is on the ultimate “pick up and play” console leads to another plus for Switch’s case. As well, cross-platform is available. How Panic Button and Psyonix bought one of the most multiplayer-centered games to a poorly designed multiplayer console and nailed it, is beyond me. 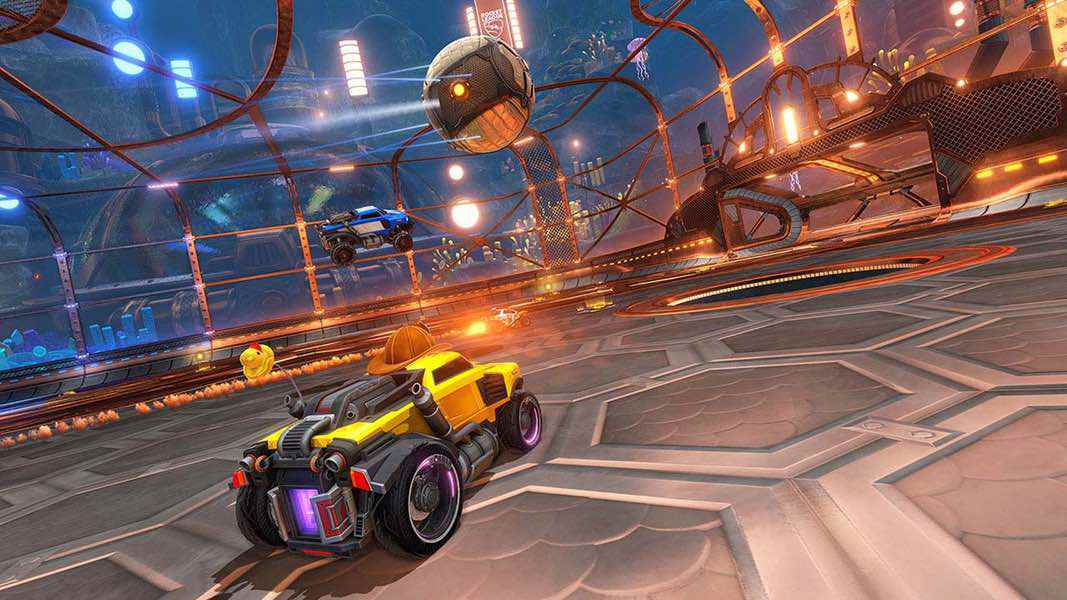 As soon as you boot up the game, you can clearly notice how crisp the game looks. Regardless if you are docked or not, Rocket League still runs at a silky smooth 60 frames per second. However, undocked, the game’s graphical quality will drop down significantly. When I was playing undocked I could notice the quality, but it was the timing that really affected me. My hits were late, play seemed choppy, and overall it just didn’t feel the same. Once I switched over to docked, it was better. Nothing beats playing on a PC, but the Switch’s quality rivals the Xbox One port if I’m being honest. At 720p and 60 frames per second, the Switch is a good home for Rocket League.

Online multiplayer is executed quite well for a system that has been plagued with online multiplayer issues. Whatever Panic Button and Psyonix did, they need to help out over developers. Dropping out and out of games is smooth on both sides. Multiple times I ran into teammates just dropping, and each time a bot came in and took their place with no issue. I tried it by removing crcross-platform play, and still, Rocket League ran smooth. At all times of the day, you can hop into any casual or competitive mode, and easily pick up a game in a few seconds. For a game that has been out for two years, the Rocket League community has seemed to embrace Switch players with open arms. 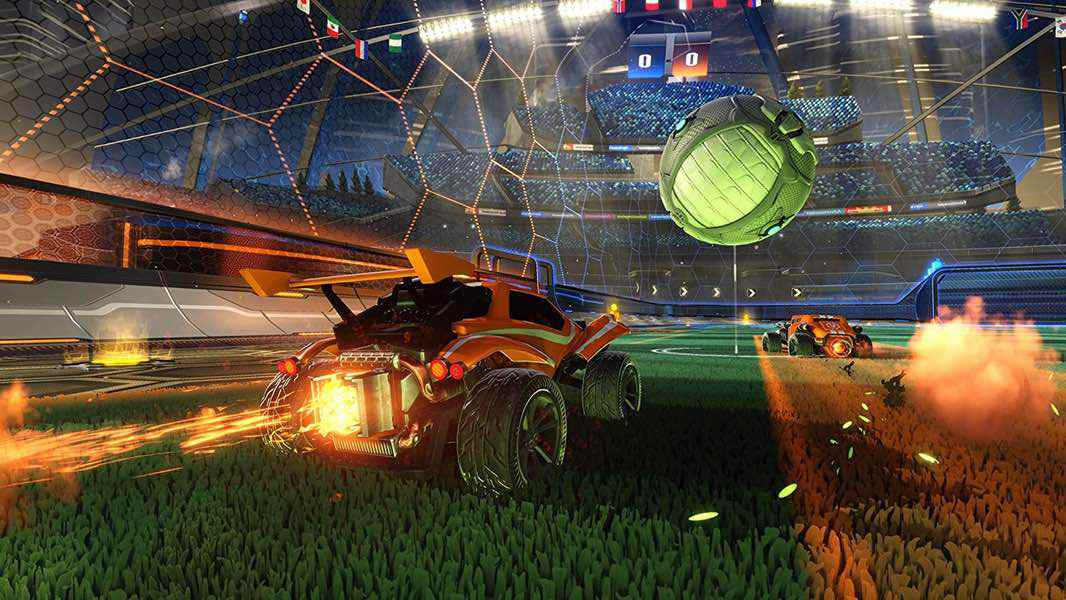 Local multiplayer is fun as well, even though the system has to be docked. Playing with a single Joy-Con is comfortable and feels quite comfortable. I get sweaty hands when playing games, and the joy-con didn’t leave my hands feeling cramped or slipping. There was a game I played with a buddy I ran into at PAX Unplugged, and he was so excited when he heard the Mario car’s jump. The car’s jump audio is the same sound bit that Mario’s character makes when jumping in the game. It’s a great trick to show people. Who doesn’t want to ride around and flip a Mario themed car around? There is also a car modeled after Samus’ gunship.

There are only a few reasons I wouldn’t mark this down as the perfect Rocket League port, and it all comes down to graphics. In a game where literal microseconds count, the Switch misses those. The game still looks good at 720p, don’t get me wrong, but undocked the game runs around the same graphical integrity as a low-end PC would. It’s acceptable for some, but mostly it’s too much. If you are playing with friends or are looking for a game to pass the time while taking a car ride, then Rocket League on the Switch is a perfect fit. If you are looking to enter the RLCS, then keep your $20.

A sample copy was provided to KnowTechie for the purpose of this review.