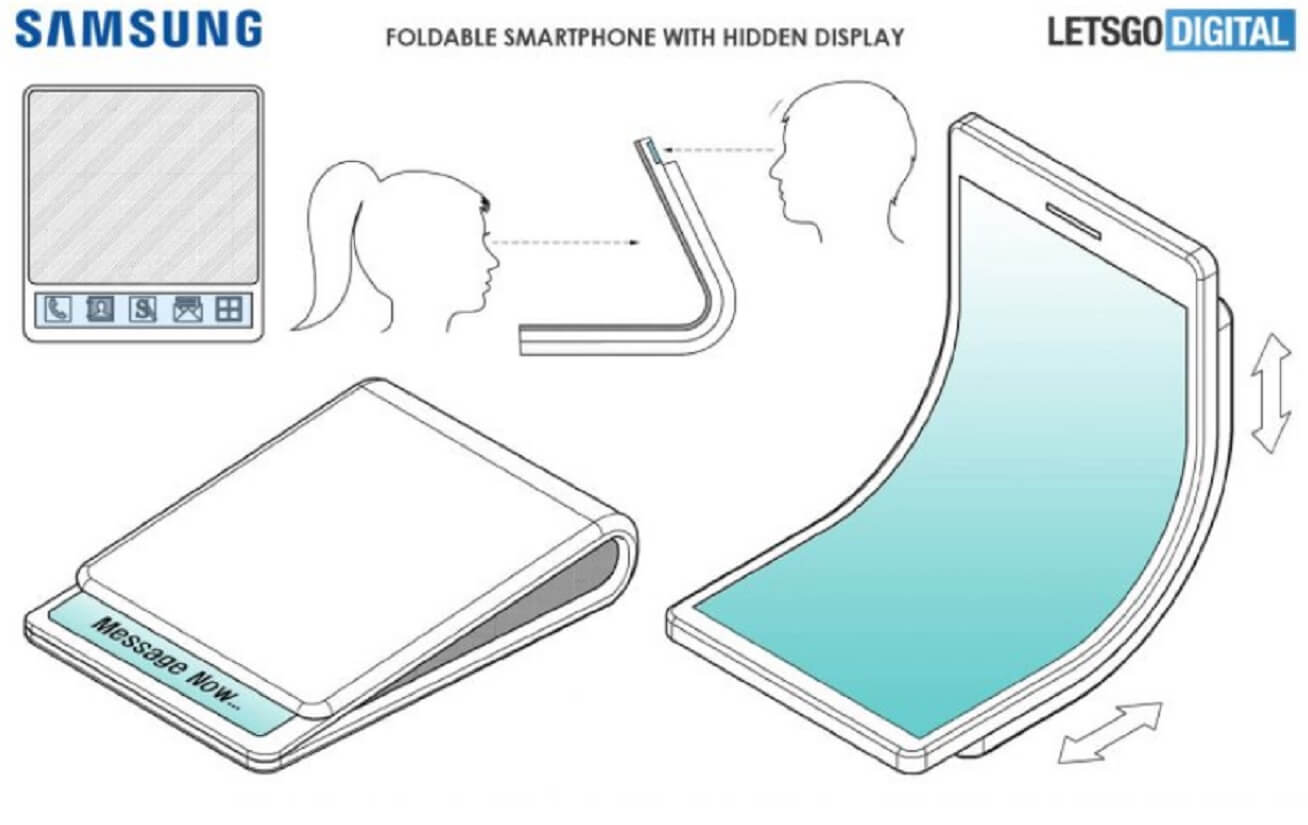 If you are staring at your smartphone with mild disgust, wondering why it doesn’t fold in half, then I’ve got the best news since you discovered how to use toilet paper. This recently unearthed patent from Samsung reveals the designs for a foldable phone. That’s right. It’s finally happening. Again.

According to reports from earlier this year, Apple was rumored to be working on a foldable phone. That wasn’t the first time we heard such a rumor. And this isn’t the first time in recent history that Samsung has stuck a feather in our ass and told us to sneeze.

It’s one thing to have computers that we can fold in half, that makes sense. At some point in the history of computers, we were like “y’know what would be great? If we could fold these things and take them with us”. So we did that. Then we did that with cell phones as well, but that was before they were rectangles of glass with apps. Now that they are, the concept of a folding phone is not only fetid with the stench of bad science fiction but just plain ridiculous.

The Wall Street Journal apparently talked to some experts and put the assumed price of this thing at a whopping $1,500. That’s way too much for a phone that has a cute (and expensive) feature that doesn’t amount to a true paradigm shift in the technology.

The patent shows a phone that doesn’t exactly fold in half. It’s more like when you make a peanut butter sandwich with one slice of bread and there is a thick curve of peanut butter in the middle. Like that half-sandwich, swallowing this concept isn’t easy without a glass of milk and patience.

What problem does a folding phone solve? Are there people out there complaining about their pocket bulges not having enough depth? Are there people who want to do that chomping thing with their hands except with their phone in their hand? Who is the target market here, Samsung? Do you know why we fold wallets? So stuff doesn’t fall out of them. Do you know why we fold phones? So we can be tech douche bros.

This is the type of phone that Zack from Saved by the Bell would scoop up in a second. Now, if one were to combine a folding phone with say, a wallet clip and a Swiss Army knife, then perhaps we’d be on to something. As it stands, a folding smartphone is just about as interesting as finding a rotary phone in a thrift shop. There is a moment of excitement mixed with a moment of nostalgia, then the moment passes and you move on.

It doesn’t matter what the phone looks like or how much it will cost from Samsung. As The Verge points out, no one is going to buy it. But not because of the price point, but because it’s never going to exist. Like the embedded-in-the-hand phone from the Total Recall remake, it’s just some twisted engineering masturbatory fantasy.

What do you think? Is there any solid reasoning behind a foldable phone, especially one that looks like the patent above? Let us know below.

For more mobile and tech news, make sure to check out: