We will most likely have to wait until September for an official confirmation, however. 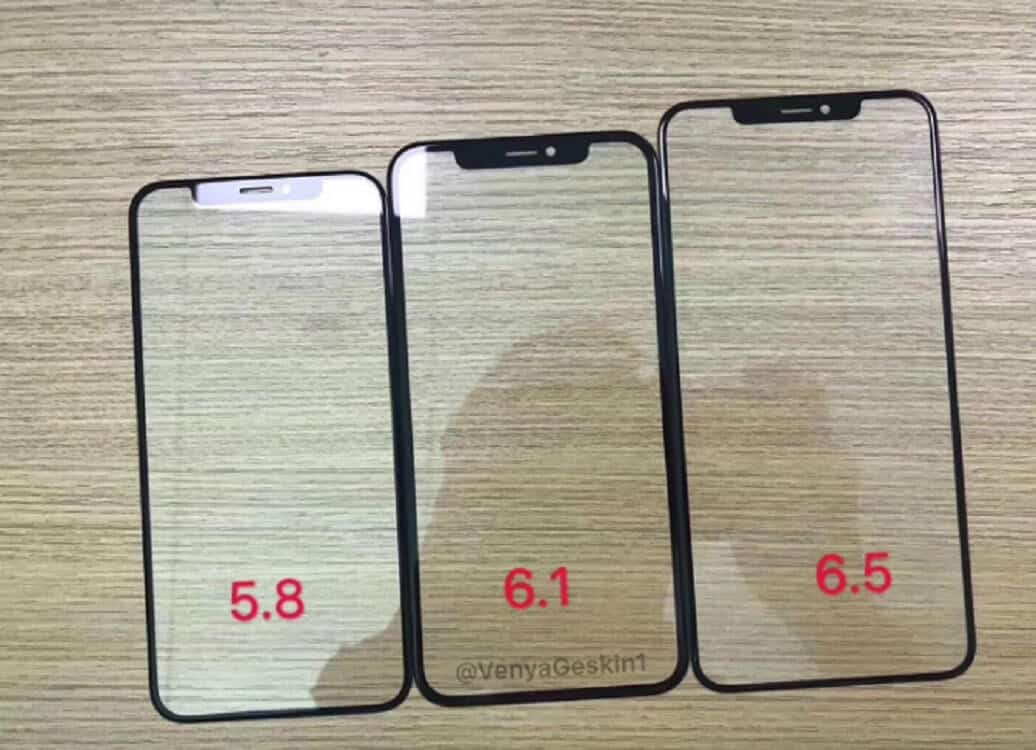 Besides falling leaves and pumpkin flavored everything, nothing signifies the start of autumn each year more than the introduction of new Apple iPhones. This year’s lineup has long been rumored to include three all-new handsets. Now, a new image leak seems to confirm that news.

Rumored to include the 2018 iPhone, iPhone X, iPhone X Plus front panels, the image was first published by serial leaker Ben Geskin on Twitter.

As you can see, the panel sizes match up nicely with previous rumors saying the 2018 iPhones will come in three screen sizes.

Unless plans dramatically change, Apple’s expected to introduce a second-generation 5.8-inch iPhone X later this year, alongside an all-new 6.5-inch “iPhone X Plus.” This year’s least expensive handset is supposed to be a 6.1-inch model that uses LCD, not the more expensive OLED found on the other two models.

With Apple likely to introduce the new iPhone lineup in early September, expect a few more weeks of rumors like the one above. In recent weeks, we’ve heard the 6.1-inch model will come in a variety of colors, including gray, white, blue, red, and orange. Meanwhile, the 6.5-inch iPhone X Plus could launch in black, white, and gold.

Besides different color choices, little else is known about the new iPhones, except that each model is probably going to contain Face ID, not Touch ID, which debuted on last year’s iPhone X. That authentication tool could also arrive soon to all-new 10-inch and 12.9-inch next-generation iPad Pro models.

Which 2018 iPhone model are you most likely to select?