Samsung is saying the Galaxy Watch can be used for “several” days between charges. 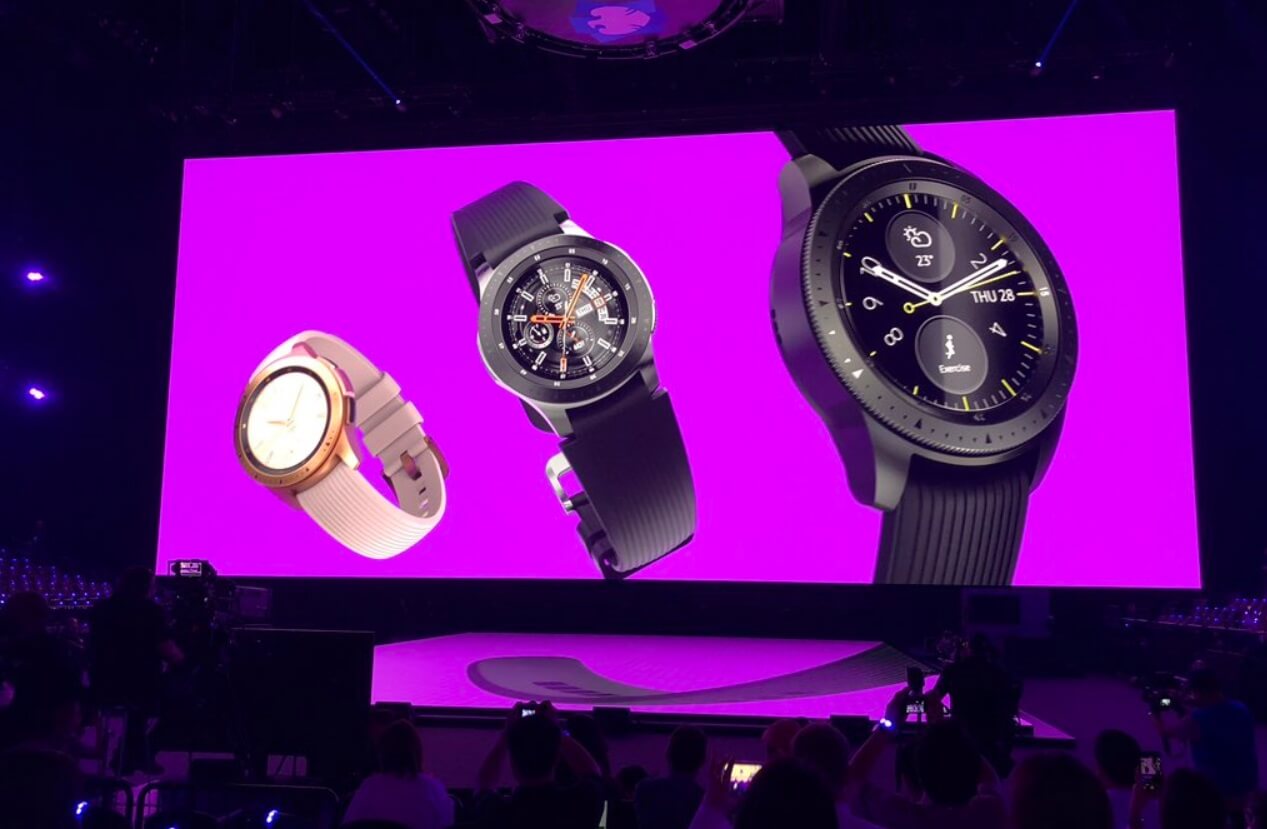 Samsung has introduced its all-new Galaxy Watch. The wearable device replaces the Gear S3, which was launched by the company two years ago. It was announced on Thursday alongside the Galaxy Note 9 smartphone.

The Galaxy Watch launches in rose gold, silver, and midnight black, and will be available in two sizes, 42mm and 46mm. As you can see, the Galaxy Watch retains the circular shape of its predecessors. 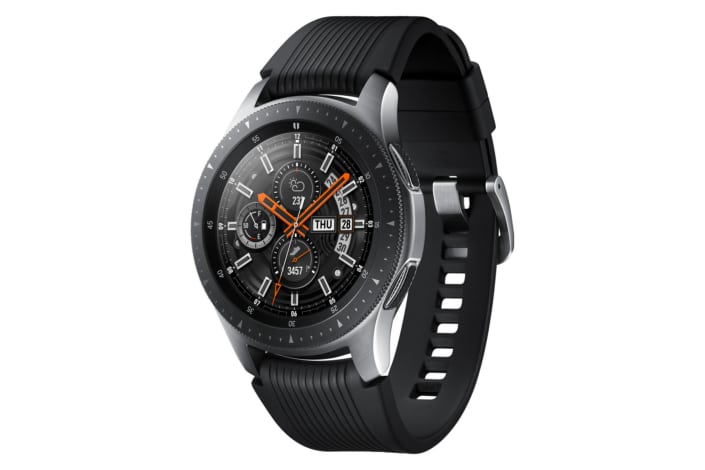 The Galaxy Watch uses Corning Gorilla DX+ glass with an AMOLED screen underneath. It’s rated for 5ATM submersion with IP68 and MIL-STD-810G certifications. Basically, this thing is tough.

Regarding battery life, Samsung says the Galaxy Watch can be used for “several” days between charges, or up to 80+ plus hours on the 46mm model versus 45+ hours on the 42mm model.

Both the 42mm and 46mm versions include a full-color, always-on AMOLED screen with 360 by 360 resolution. The smaller version consists of a 1.2-inch display, while the larger unit has a 1.3-inch screen. Like the Gear S3, the Galaxy Watch retains Samsung’s Tizen operating system.

Here are the Galaxy Watch specs: 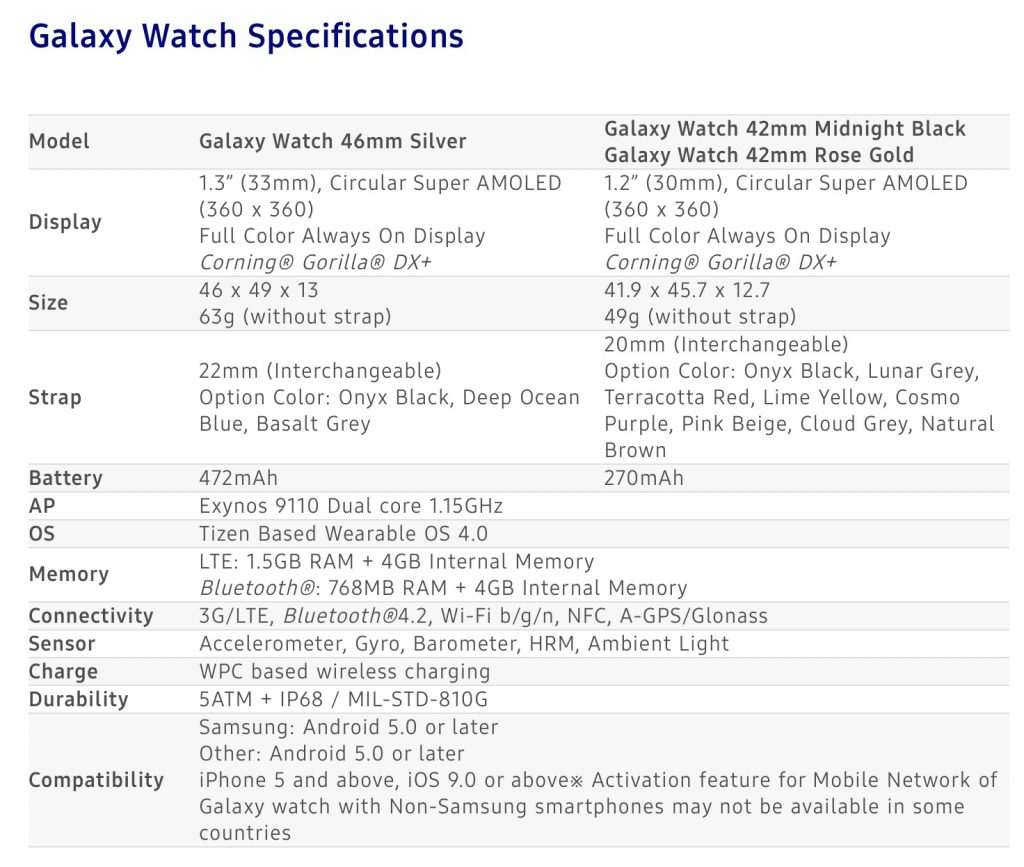 If you’re a Samsung device owner, the Galaxy Watch looks like a must-have purchase, no? I can’t wait to check one out in person.

What say you? Do you plan on buying the new Galaxy Watch? Let us know below.

Here are some other tech headlines worth checking out: