Challenge your friends for the top score or compete face-to-face.

The latest example of this is the new gaming feature rolling out this week, call Snappables. Basically, these new Lenses allow you to compete for high scores to challenge your friends, with other gaming options actually allowing you to compete head-to-head in real time with other people.

The plan is for new games to continue to be released each week, with the most popular variants sticking around for a longer period of time. 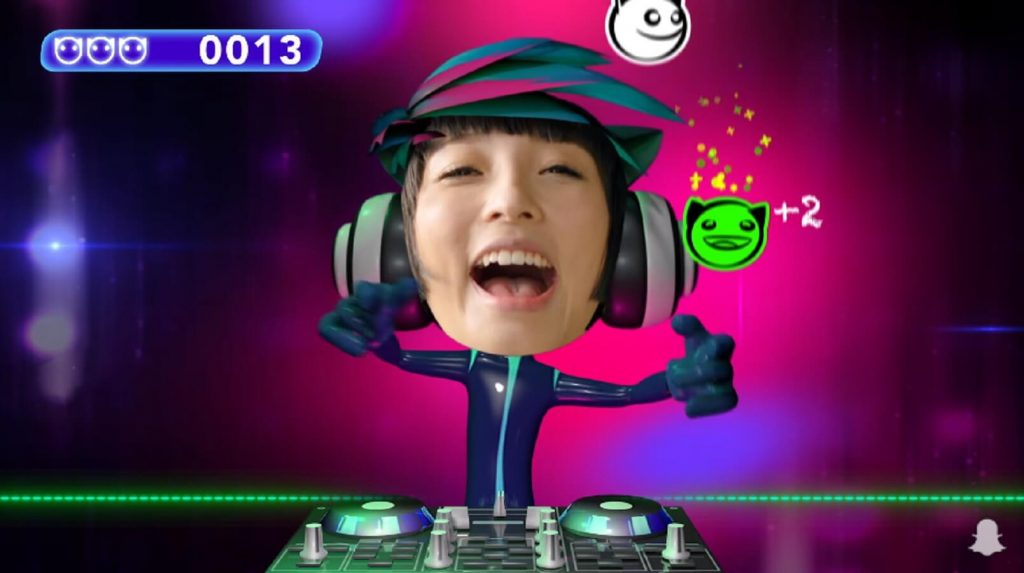 Some of the initial games shown include an egg catching game, an Asteroids-style shooter, and a bubble gum popping contest. Back in 2016, Snapchat tried their hand at some gaming options when they partnered with Kraft, and then another skiing game around Christmas, but Snappables is taking those basic concepts to an entirely different level.

To start using the new feature, just scroll over to the appropriate Lense when in camera mode and off you go. You can play the solo games and friends can compete to beat your scores or you invite a friend to join in for some PVP. You can check out more of the games and features in the video posted at the top of this post.

What do you think? Will this feature catch on or will it fizzle out? Let us know below!