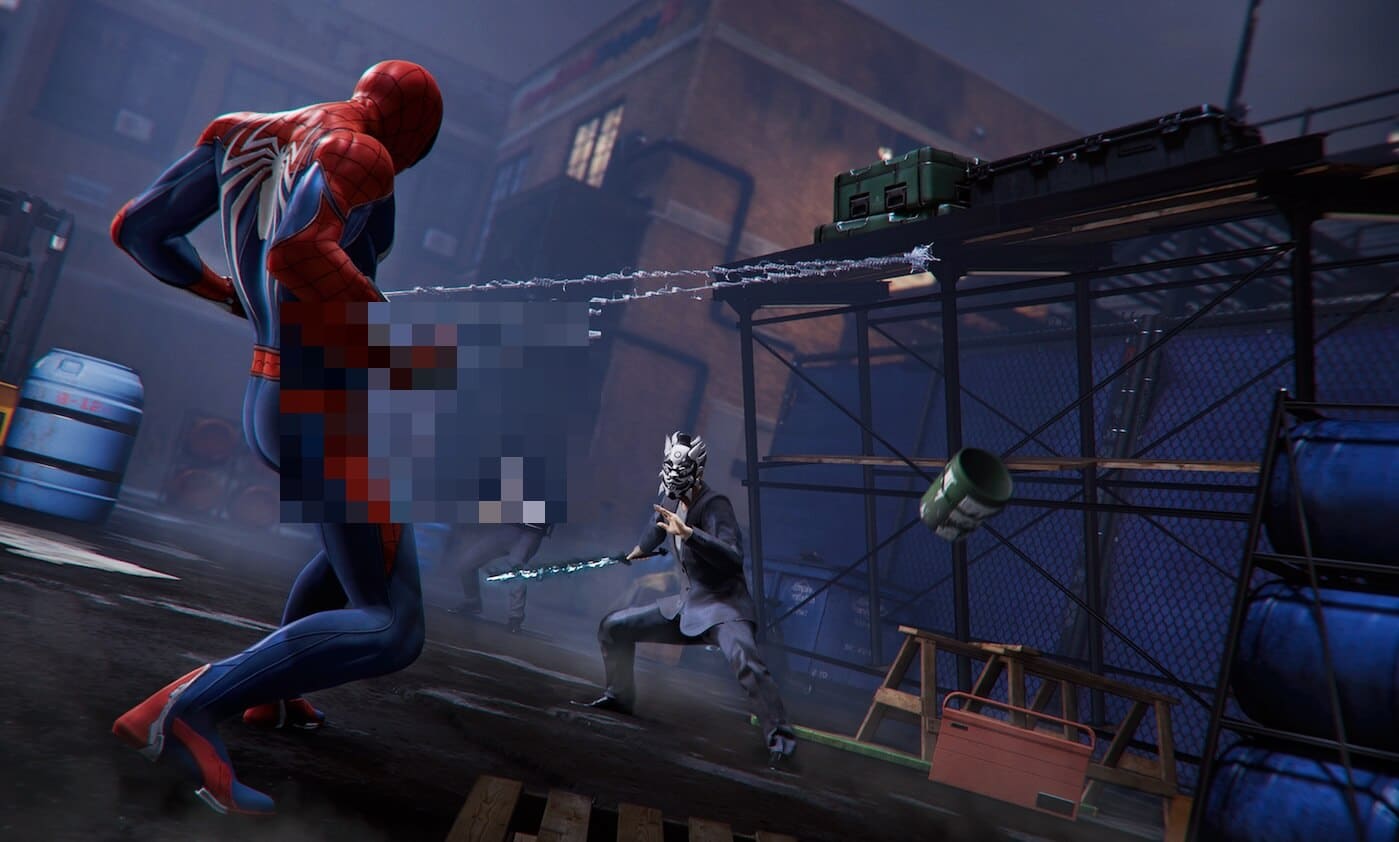 Marvel’s Spider-Man for the Sony Playstation 4 launches this week, so that means that the reviews for the highly anticipated game are live. As soon as game reviewers received the download codes, hundreds of palms were greased as Playstation controllers reached a new level of sticky. That’s not a puddle of Mountain Dew. That’s dried webbing.

If you have a Microsoft Xbox then you can forget about playing Marvel’s Spider-Man, but if you have a Sony Playstation 4 then you only have a few more days of rubbing your torso against the carpet while the towel on your gaming chair changes state from moist to damp to dry. Thankfully, the gaming press, with their plump, pliable hands have pumped out a plethora of preening reviews of the game. If you find anything negative about Marvel’s Spider-Man then you aren’t traversing in this reality.

While all the reviews I’ve read so far this morning seem to take the same tact on the game, getting tiny spider legs caught in their teeth and silently pondering the very real question of whether it’s possible to give an actual spider a reach-around, only CNET was daring enough to put a shred of doubt in its header. While “needs improvement” might sound a bit weak in the description, CNET pointed out the same issue with the game most reviewers reluctantly pointed out — there is some repetition in mechanics and game-play — it doesn’t really matter. Swinging around Manhattan is fun!

While the lines at Gamestop most likely won’t be out the door on Friday, many gamers are wearing overalls for the rest of the week just to make sure they don’t do anything weird on public transportation. Marvel’s Spider-Man is the first Spider-Man game in a long time that doesn’t look like an early beta of Crackdown. It uses similar combat mechanics to Batman: Arkham Asylum, with some twists. Gotta time those button mashes out, kids. As this video explains, there are a bunch of other things you can do in the game besides just web sling.

There are puzzles and side quests in Marvel’s Spider-Man, something that Dualshockers seemed to particularly enjoy, as if they’ve never played an Assassin’s Creed game. Careful when reading that review, as it got a perfect 10.0 and called the game Insomniac Games’ masterpiece. I haven’t played the game yet, but I know when I see a perfect score for a video game I punch a hole in the wall, call your mother a varied selection of slurs, and drive straight to Walmart to drink vegetable oil on the floor near the adult diapers, all the while screaming “whyyyyy” while cradling a dog-eared copy of the Spider-Man 3 DVD.

Thankfully, IGN is here to bail us out with a review that posted a mere 8.7. I’m not sure why it didn’t get a perfect score here, as the reviewer even waxed poetic about the Peter Parker bits of the story and how enjoyable that was. Apparently, it was the pacing and optional missions that kept it from reaching that climax of perfection. Kind of like when you can’t reach the bag of Cheetos that fell on the floor when you are seconds away from launching a World of Warcraft raid. Do you risk it and take both hands off the desk to grab the Cheetos or use your feet?

If you don’t already feel like a superhero from successfully not accidentally touching another person’s hand on the subway this morning, then The Verge strongly believes playing as a superhero in a video game will deliver that yearning you have to feel like a superhero, or, on a more relatable scale — how people wearing Ed Hardy hats feel like they don’t belong in this lame-ass driving class. They weren’t even speeding. The cop only pulled them over because they didn’t appreciate the fucking quality of orange neon and a spoiler that touches the sky. 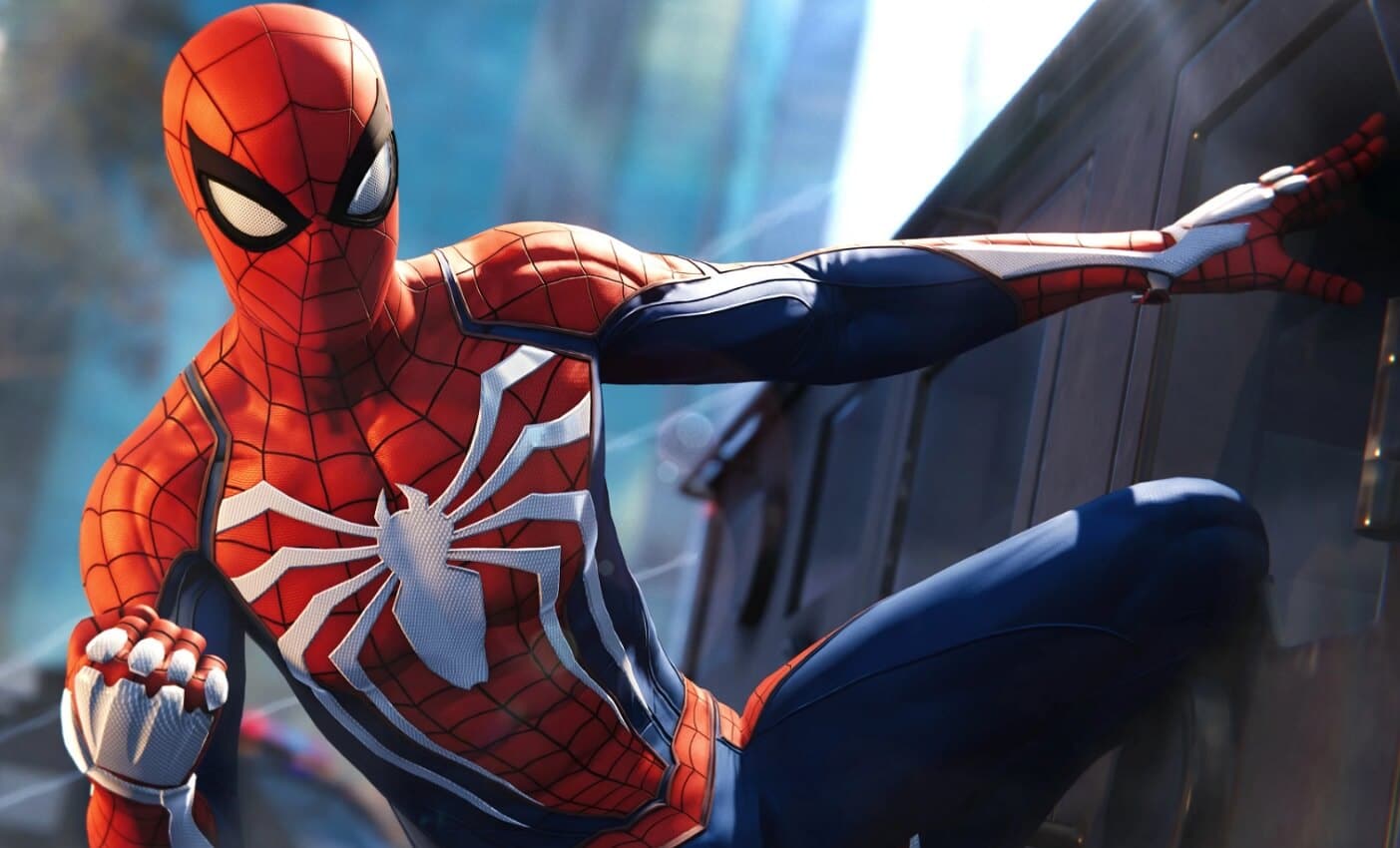 The Verge was kind enough to point out an issue I tend to have with open world games, except the inverse, saying “the open-world structure interferes with the story”. I’m in the opposing camp. At no point in my life do I want to pay $60 for a fucking movie about Spider-Man or anything else. Not even for a vintage VHS copy of A Boy And His Dog. If I’m playing an open-world game, hell, I don’t even want a story. Fuck a story. Just give me a shit ton of stuff to discover and blow up (calling Just Cause to the front of the queue). Swinging around Manhattan is fun! It’s like when you got to second base with your second cousin, the story doesn’t matter in the end. You got weird, that’s all that matters.

Polygon was kind enough to point out a similar criticism I’ve had with similar games, that the cinematic often relies on some lenient quick-time events to do something dramatic. Timed button mashing is like trying to pop a zit that you can only squeeze when a visual “X” is flashing on-screen. It’s fucking Simon for the 21st century. If you like slapping buttons when the game tells you to slap a button, then you’ll love this.

Finally, we have the Kotaku review, which I didn’t even read. I just skipped down to the comments, the best part of game reviews at Kotaku. The immediate comparisons to Batman are there, as well as some commentary as to the editorial quality of the review itself. People are amazingly petty. If by this point in reading reviews you aren’t sold on Marvel’s Spider-Man as being the single greatest game in existence, then you probably think The Last Boy Scout is the greatest action movie in existence. Just remember — swinging around Manhattan is fun!

Excited to try the game out? What did you think of the reviews? Do you even care? Let us know in the comments.