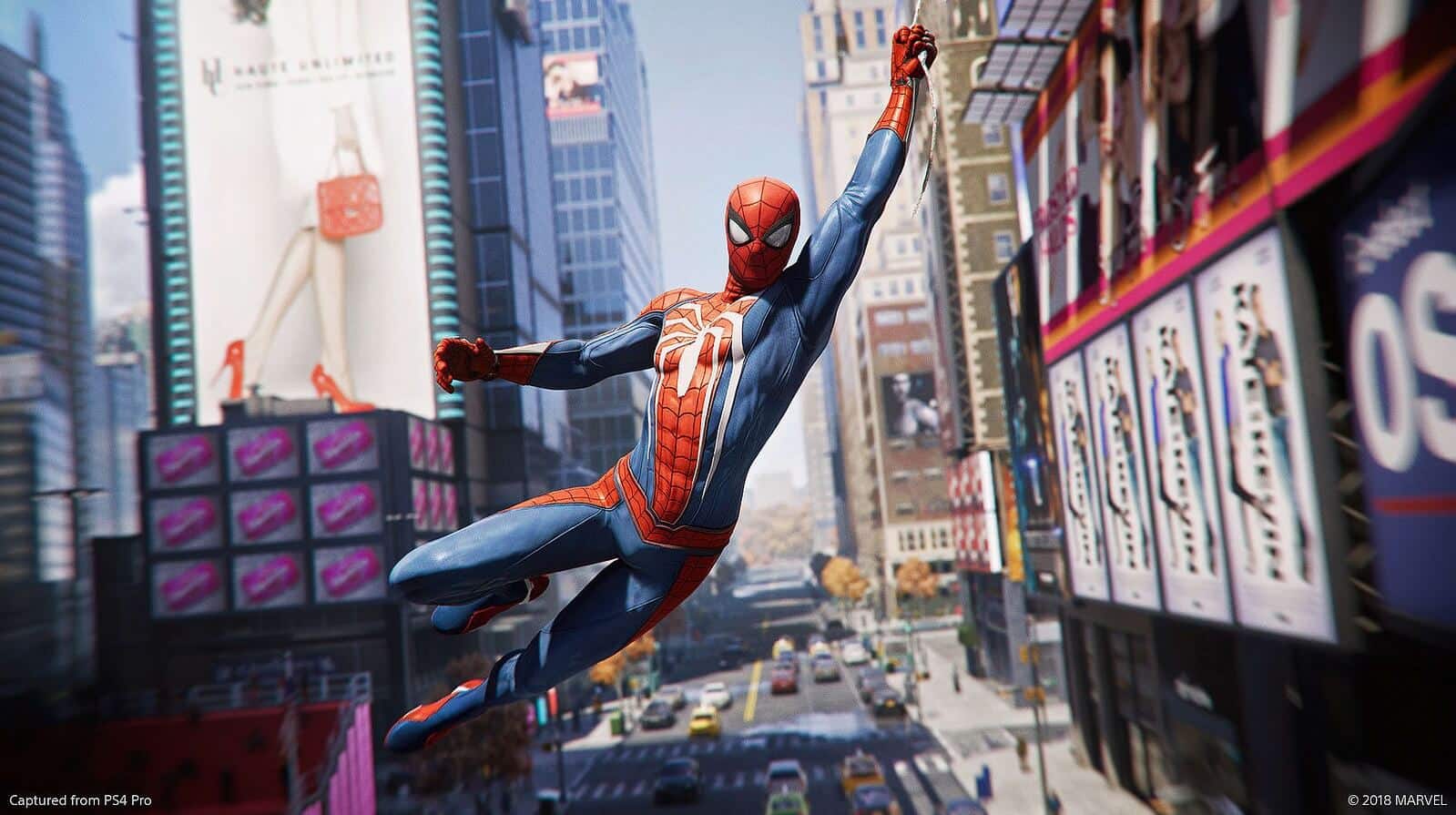 My spider-sense is tingling. Apply whatever perverted context you want to that and you’d be right on. There isn’t a pore, hair, orifice or nerve ending that isn’t exponentially excited for Insomniac’s Spider-Man game that was revealed at E3 this week. I’m leaking fluids I didn’t know I had. There’s only one problem — it’s a Sony PlayStation 4 exclusive and I’m a Microsoft Xbox One fanboy.

But look at this web-swinging! It looks amazing! Sure, the fighting style is similar to the recent Batman: Arkham games, and I can live with that, but look at the smooth transitions from swinging around the city to combo-based fight sequences! Look at it dammit! Look!

There is a long and storied list of Spider-Man games, yet it was Spider-Man 2 (2004) where we really fell in love with web-swinging (or slinging) around an open-world city that mostly resembled New York City.

However, the city was kind of bland in that game (yet, advanced for 2004 standards) and for years we’ve been hankering for a game that combined the vibrant open-world feel of a game like GTA 5 or Watch Dogs 2 with the proper mechanics of web-slinging and running up the sides of buildings and then gliding into the bright, high-definition city-scape that seems to go on forever.

Web-slinging (and swinging) has evolved in Spider-Man games over the years. And while Spidey appears to have a Zac Efron in Baywatch level of ab definition in the new game, this latest iteration of web-slinging appears to be what we’ve been waiting for. For some of us, it’ll finally give us a reason to purchase a PS4.

Sure, God of War is a hell of an impressive franchise, but even that hasn’t prompted me to ever consider switching over to the Sony side. While the Xbox exclusives never were reason enough to keep me on the Microsoft train, spending money on dual systems was. Since I’m not a professional game reviewer or a person with a ton of time for gaming, there’s never been a reason for me to own two systems. Until the moment after I watched that ten-minute E3 preview of Spider-Man.

Most days I just want to spend an hour or two driving around Chicago (Watch Dogs), San Francisco (Watch Dogs 2), some whack hell-scape (Saints Row) or the fictional Los Santos (GTV 5), but just the thought of exchanging those cities for NYC and driving for web-swinging as Spider-Man makes my abs tingle like the dulcet tones of a Zac Efron solo from High School Musical. And that might just be worth justifying the purchase of a PS4.

Excited for the new Spider-Man? Let us know your thoughts below.