If you’re going to revamp a franchise, God of War 2018 is the new gold standard on how to pull it off. 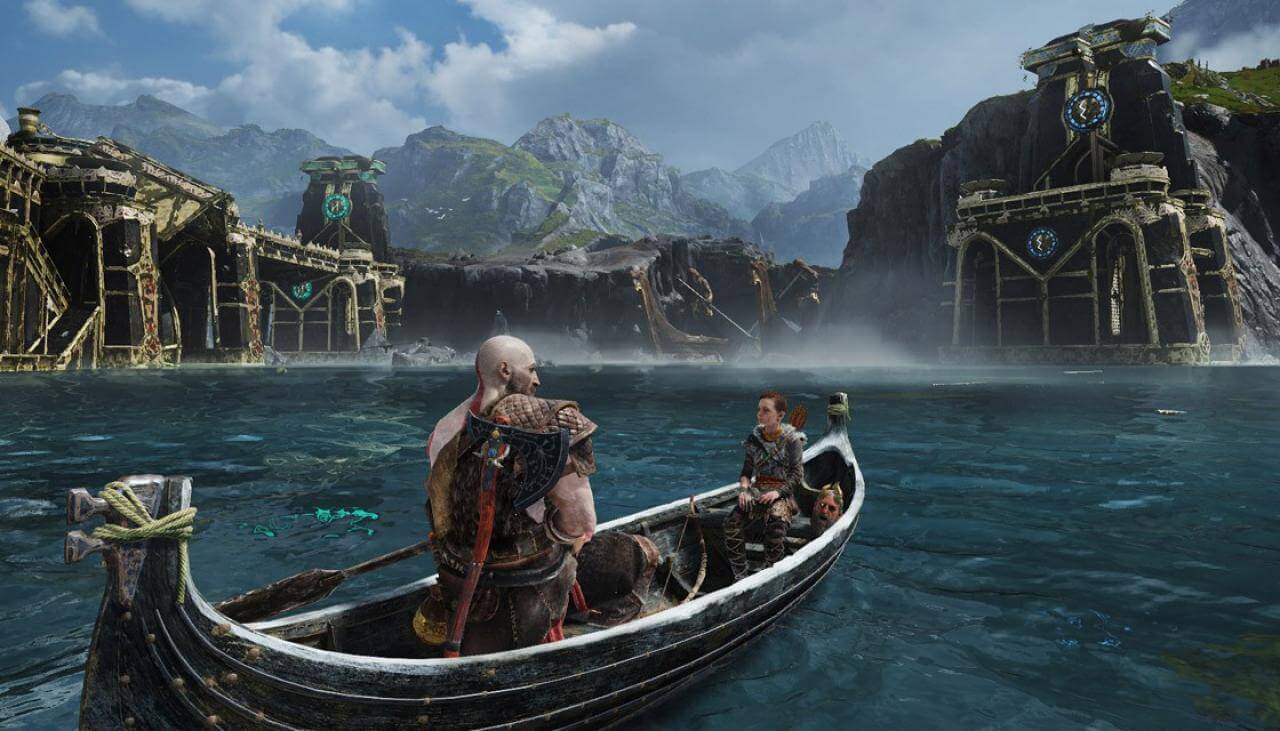 Perhaps there is no other quintessential PlayStation franchise like God of War. When I think of PlayStation, I think of Crash Bandicoot, Nathan Drake, and Kratos. While originally beginning as an ambitious PlayStation 2 title that redefined the idea of the action-adventure (or as others prefer to call them, hack n’ slash) games that would ultimately influence every single game released after it, not even Sony could have imagined the success that God of War would have eventually become.

After multiple God of War titles, including a fairly forgettable prequel (and unnecessarily multiplayer focused) in God of War: Ascension that put Kratos on the shelf for quite a few years, the God Slayer has returned to conquer his foes and drag the banner for the PlayStation brand. Unfortunately, Sony Santa Monica’s 2018 revamp of God of War doesn’t continue with Kratos in Sparta and for absolutely no explained reason at all, he magically appears in the Nordic realm of Midgard.

Historically speaking, while I can appreciate the idea of a reimagining of a historical-based tale, anyone who knows anything about Norse mythology is likely to find themselves eye-rolling at the inconsistencies in this new God of War. While I won’t spoil the actual story, there are character spoilers that I’m about to name drop in this section, so if you don’t want to be surprised by any names or anything, please skip ahead to the “Exceptionally entertaining” section.

Historical inaccuracies in God of War

First off, the witch of the woods is revealed to be Freya, who is supposedly the scorned and tormented former wife of Odin. Freya never married Odin, as Odin’s wife was Frigg, who God of War strongly draws parallels to Faye, Kratos’ dead wife. There’s a scene where Kratos decapitates Mimir to flee from the prison Odin created for him and he carries the head around to advise him, but in truth, Odin was the one who carried his head around for counsel and advice. As you find out at the end of the game, Atreus was nicknamed Loki by his mother, which would make him the God of Mischief, a shapeshifter, and certainly more than a pre-teen child who is full of dumb kid angst until he realizes what he actually is at the end of the game.

I mean, how could Loki, father of the world serpent be a little kid? Unless they’re planning a massive reveal/twist later in this new game series, the only historically accurate thing that happens is that when Baldr is killed, it triggers the Fimbulwinter, which is one of the heralds of Ragnarok.

There are way too many things that are left entirely unexplained, like why there aren’t any Vikings (though Wikipedia says the game is meant to be set in a pre-Viking era) or why the Norse Gods/Demigods would have accepted an outsider, as that was highly against their culture – as would have fleeing Sparta have been against Kratos’ culture even with the city burned to the ground and the Spartans all but extinct. It’s horribly inaccurate and feels like the writers just grabbed things from Norse mythology rather than finding a way to weave the story together properly since Kratos ends God of War III by impaling himself with the Blade of Olympus and throwing himself from a bridge to seemingly commit suicide to atone for his sins. A little research would have gone a long way, considering we now currently live in a time where people get upset that their culture is being used and exploited by people who aren’t part of it.

If you can get past the historical inaccuracies (and honestly, there were almost as many with their original stories of Sparta as well) and just accept God of War for what it is as entertainment, it’s an exceptional game. The game is shot in a “continuous shot” camera mode, which means there aren’t any weird cuts or views, but loading times are hidden cleverly by elevator rides that take entirely too long or the Yggdrasil tree animations as the game loads solitary worlds not part of the Midgard realm. This option is a nice choice as you get time to explain backstory and do some character development by putting conversations on top of the hidden loading screens. It’s brilliant and other games will absolutely use this in the future.

While feeling very reminiscent of The Order 1886, God of War never really feels like its namesake until Kratos retrieves an all too familiar ally. It is at this point when the game starts to feel considerably better. While I would have preferred this option to have been available considerably closer to the start of the game, it’s almost a night and day difference once the Leviathan axe isn’t your only tool of destruction. Because of the delay, there’s a very disconnected feel between those who were die-hard fans of the original games versus this new iteration.

Speaking of disconnects, Kratos has a bit of an identity complex as he’s suddenly aged and weirdly more “mature” than he appeared in previous games. I understand the appeal to show progression in Kratos’ character, but the God of War is meant to be driven by vengeance and anger. Kratos now appears to be wiser and understand the gravity of his actions, but just doesn’t really feel like Kratos. In fact, with the new voice actor, Kratos feels more like you’re playing a cosplayer because they couldn’t afford to hire the real guy – like when Kiefer Sutherland replaced David Hayter as Snake. It wasn’t really Snake, and this isn’t really Kratos.

I guess the idea here was to show growth in his character and sympathy, but they attempt to present Kratos as hardened toward his son, yet sympathetic to almost everything else in spite of his ultra-violent destruction of creatures as well as foes. While it’s true that Spartans were never really close to their sons, considering they were sent off to start learning how to fight at a very young age, it’s almost impossible for me to believe that Kratos would constantly belittle his only living son (remember this guy murdered his original family) by continually referring to him as “boy” and treating him like an ignorant and insolent child. It almost negates their entire mission of taking his wife’s ashes to the mountaintop, because that journey is as much for the son as it was for the memory of the mother.

The combat, while slow in the beginning, ramps up and becomes incredibly fast-paced and brutal, which is exactly what made God of War into the phenomenon that it became. While I can argue that the orange/blue/green colors of elements are a clever mask for the expected bloodbath, I’d also prefer some actual blood in the next game. If this new Kratos is remorseful of his actions, he should be weighing the results of his actions and not just ignoring the fire/ice/poison spatter.

I personally waited until I finished the Platinum trophy before writing this review because God of War ends before you really do anything that makes it feel quite right. Muspelheim allows you to revisit the arena fights that were a nice extra in the previous games, while Niflheim gives you the puzzle labyrinth not found within the main story. It’s a shame both of these areas are optional and don’t even have to be touched in order to complete the story itself, because they’re as important to the experience as everything else.

I have a ton of nitpicks because I was a huge fan of the God of War series. However, even with its flaws, this is one of the best games that’s been released in quite some time. If you’re going to revamp a franchise, God of War 2018 is the new gold standard on how to pull it off, unlike Zelda’s terrible attempt with Breath of the Wild. The game is absolutely gorgeous no matter what type of screen you play it on, and the attention to detail is absolutely uncanny.

In fact, you have to stop progressing sometimes and just stop to admire the amount of work they put into the environment art because places like the Wildwood, Helheim, and the Summit are breathtaking. Bear McCreary’s soundtrack does a tremendous job of adding even more depth to an already technically impressive game, and the voice acting (aside from Kratos himself) is top notch. This game is moving systems because it’s absolutely tremendous, and I can only hope that the future iterations of God of War continue to push the bar as this one did.