Swag, charity, and the charm of notoriety in gaming journalism

Are your “gifts” really gifts, and who gets to decide what you do with them? 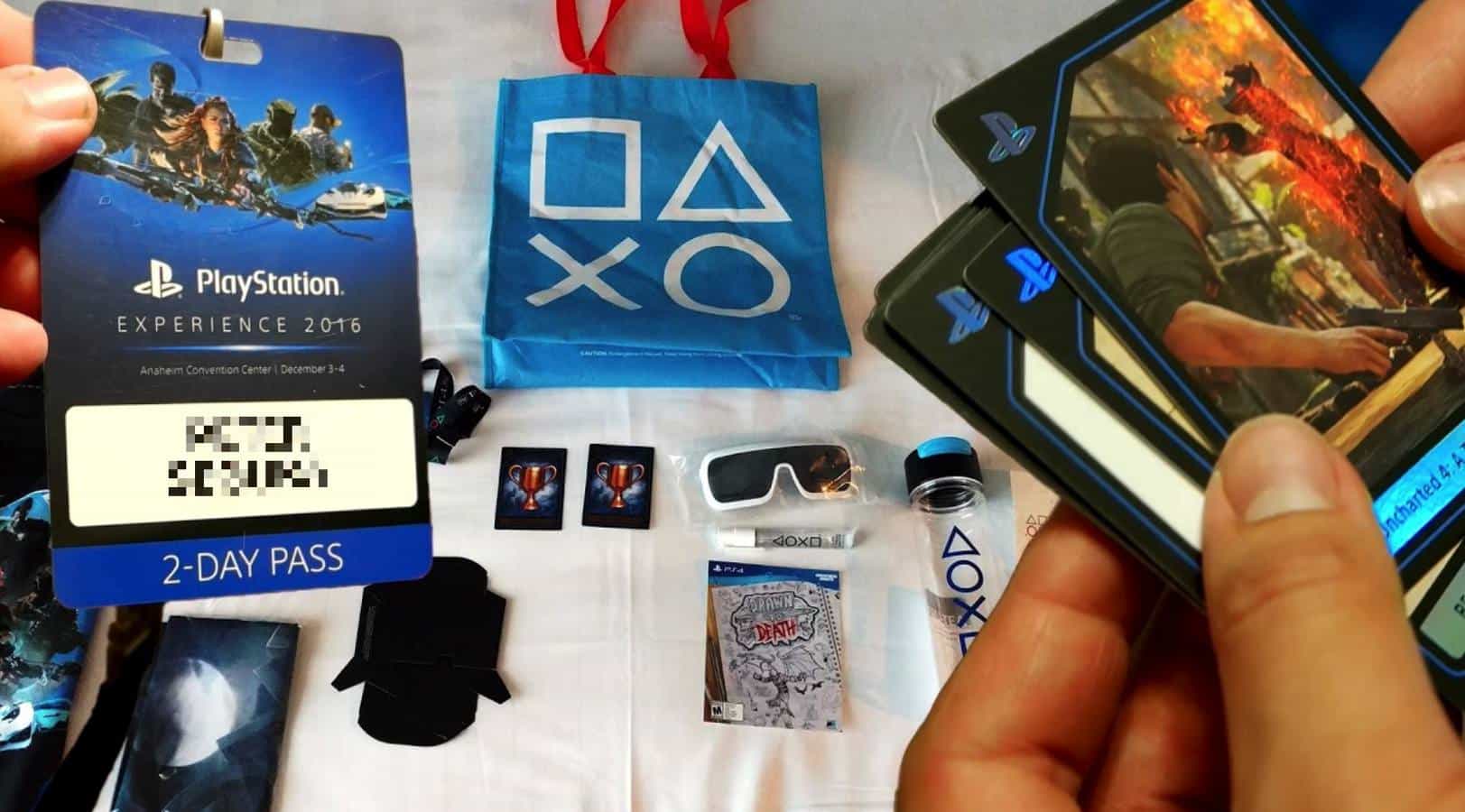 Sometimes a throwaway Facebook thread can lead to a thought-provoking topic, and sometimes there’s just more to say than what you can squeeze into a comment box. Allow this article to serve as a conversation piece to incite discussion.

In today’s world of “gaming journalism,” it’s relatively easy for the little guy to show up in the same realm as a media giant like IGN. I’ve been writing about games now for over ten years, and I still have less than 500 followers on Twitter. Is that because I’m a lousy writer? I want to think that isn’t the case, considering I’m invited to and accepted anytime I apply for major events like PAX or E3, and qualify under their guidelines as deserving of a press pass.

It’s understood to be “unethical” to sell items provided to you to do your job – such as review copies of games. People who have worked in this industry for a long time have often frowned on the idea – in fact, Sony used to punch a hole in the barcode of games so that they couldn’t be traded-in or returned to retailers for a “refund.” I’ve always kind of fell on the same side of that argument, but as journalism becomes more easily approachable and accessible, the lines have begun to blur.

Editors working at magazines used to always get accused of taking big stacks of games to trade in for cash at places like Gamestop, but I remember seeing many people I look up to argue about how completely unethical that is and always would be. Community Managers sometimes have access to a cabinet full of “promotional” copies of games, and while it would be easy for them to just go dump a few hundred stacks of unwanted copies of Madden at Gamestop for enough cash to buy a pack of cigarettes, they typically didn’t because they were getting paid to provide this coverage and the games or whatever their topic of coverage were merely tools to ensure they were able to do their jobs. However, in the age of freelance, that game or item also serves as a tool to complete our work, but in many cases, IS the compensation as well.  Morally and ethically, where do you draw the line fairly?

I believe given the current nature of things, it’s a gray area since that copy of a game might need to put food on someone’s table for the week. For me since the start of the current generation, I’ve always requested digital copies of games to remove any temptation. It’s how I keep myself “honest,” even when honesty has nothing to do with it anymore. It’s considerably easier to do now that I write for a site which can afford to compensate me a little for my efforts, and because of this, I typically find myself on the “right side” of what’s presumed to be ethical, because I’m no longer working for “free.”

“Swag” are gifts given to anyone who attends these events – typically promotional/advertisement type items with a fairly low monetary value – and you can, and should be able to do whatever you want with them. However, most people in gaming, offer “giveaways” for these things to those who couldn’t attend these events in person because they’re “less fortunate,” especially in times where events like E3 were closed to the public. Unfortunately, “giveaways” even when the products are free are ultimately expensive. If I did a “giveaway” for every promotional item I got from one trade show; I’d spend $200 on shipping/materials sending every little piece off to randoms on Twitter. I might gain 300 followers, but they’ll also unfollow me within a week if I don’t give anything else away. And there’s not much engagement to be found there as most of these people who enter giveaways have separate Twitter accounts specifically used to chirp at a shot at some free shit.

So why include the negative connotation of notoriety? Well, there are people out there openly abusing the idea of “donating” to charity, using that platform as a way to make a name for themselves, who aren’t auctioning/raffling off items that were given to them under the guise of doing “giveaways” for charity. The purpose and thought of charity are about giving to those less fortunate than yourself, usually anonymously, for the sake of helping out someone else in hopes that if you’re ever in their shoes, someone might lend you the same hand.

There’s a little more of a moral ground between these two situations: If you’re given something to do work within place of compensation, what you do with that is choosing how to spend your money. If you’re given an item for a “giveaway,” there’s honestly no difference in “selling” items given to you on eBay for cash or selling them and donating the money to charity. Can you prove you donated to charity without bragging? Showing proof also breeds negative comments, so you’re typically boned either way. Things get a little sleazier when you’re using the platform of “charity” to get cash or “famous” for being the person who sells new games for half price because the “proceeds” go to charity instead of you directly. Which means you aren’t getting monetary value – per se- but you’re getting followers, attention, clicks, and other things that almost always equal a monetary value and more “sponsors” to gift you items going forward.

The whole thing is a slippery slope because not everyone agrees on how much charity is charitable. For example, A person wins a thing worth a lot of money, sells it for a bunch of money instead of “giving away” it to a fan of the franchise. Is this person free from the same “ethics” because they sold something they won? How about if they took money from it and donated some to charity? Does that make them a better person? It could, but not if they’re posting their receipts so people “notice” them. What if that same person is given something that is also highly of interest by fans of another franchise?

Twitter would say that they should “giveaway” that item to fans of the franchise because they’re entitled, and seem to think that games writers make a hefty amount of cash because everything is a paid advertisement or a shill. Pretty funny to think about, as I sit here, at 8 pm, while working my day job, which pays less per hour than I make writing an article, yet isn’t possible to do as a consistent source of income because our editor also works a day job who pays us out of pocket to keep KnowTechie. So then, what’s the point of this article? Sour grapes? Maybe.

My point is just this: Some games writers make a very successful living off doing this, while others rarely make a dime, but comparing everyone together equally is awful, and it makes everyone who can’t do what large gaming sites and super-influencers can do look like scumbags.

While I’m not a fan of tooting my own horn in the name of “charity,” plenty of other people are okay with it, and I have to deal with it because it’s not technically unethical. If you are receiving items to review/cover as your actual form of payment, you are free and clear to do whatever the hell you want with it because no one has the right to tell you how to spend your paycheck.

What are your thoughts on all this? It’s a touchy subject, we know. Let us know what you think down below in the comments.