The full-featured Adobe Photoshop app is now available on iPad 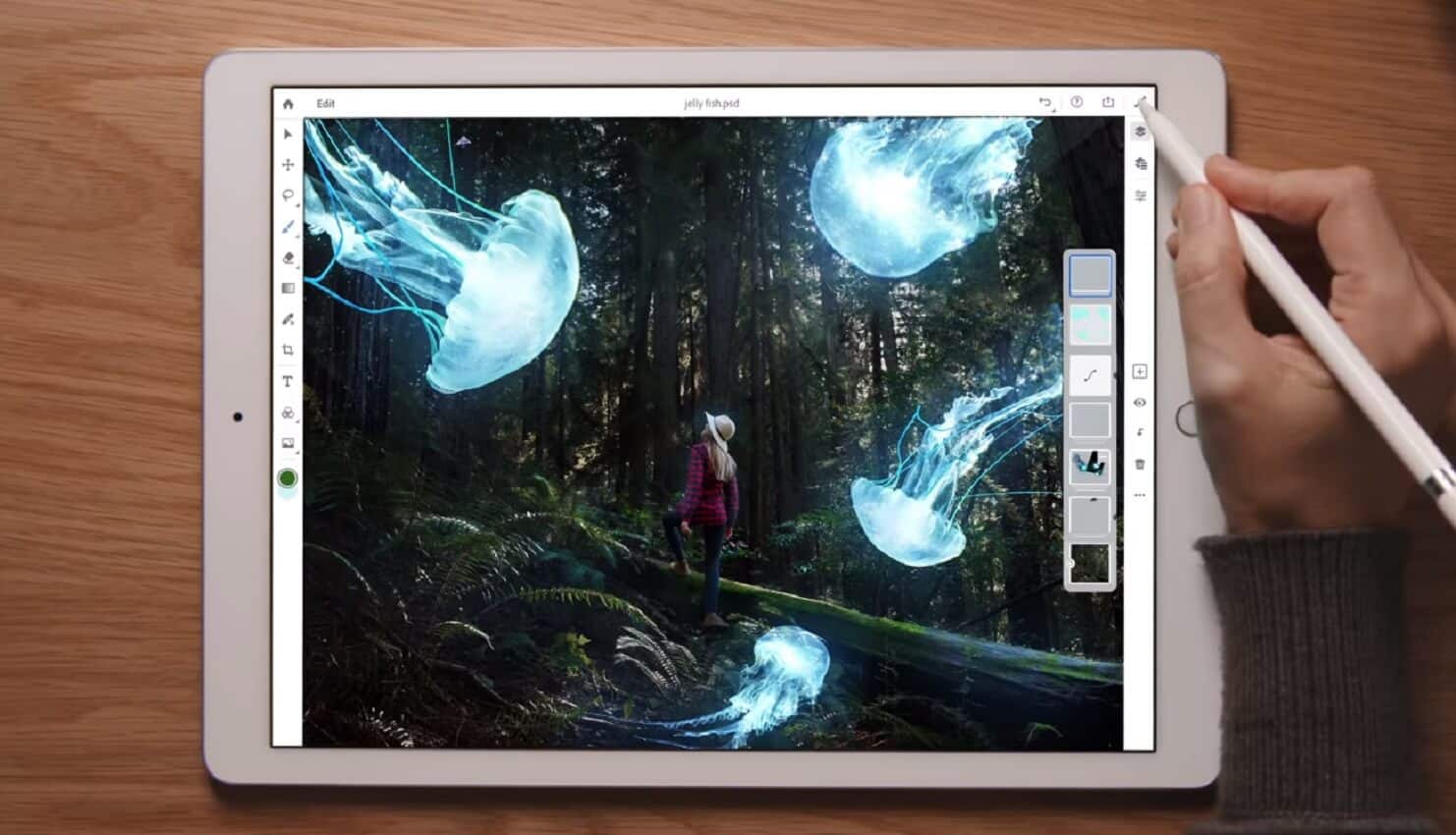 Over a year ago, Adobe announced that it was bringing a full-fledged version of Photoshop to Apple’s iPad and it’s finally here.

This means layer panels, PSD file saves, and full support for Apple Pencil. Various functions have also been updated to work well with the touchscreen of the iPad, as well. Cloud saves are also enabled, so you bounce back and forth between desktop and iPad.

The new Photoshop iOS app for iPad works with:

You can download Photoshop now and it’s free to use for 30 days. Once the trial is over, you’ll need a Creative Cloud subscription to continue using it.

What do you think? Interested in trying out the new and improved Photoshop on iPad? Let us know down below in the comments or carry the discussion over to our Twitter or Facebook.