This monkey could beat you at Pong with its hands tied behind its back. 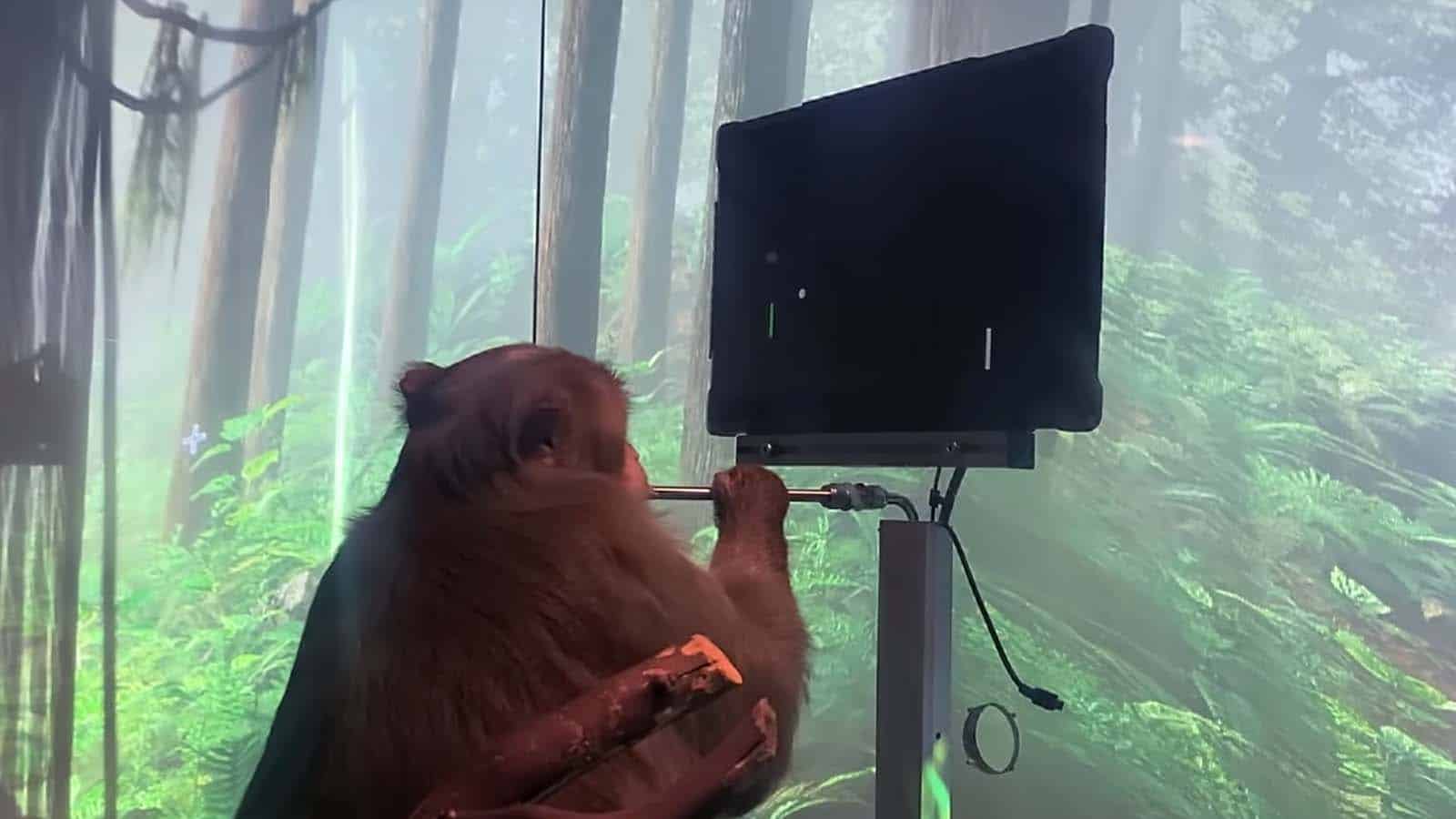 Elon Musk has a company called Neuralink that is aiming to create working interfaces that connect via the brain. A recent upload to YouTube shows this work in progress, with a monkey playing a video game with its mind after having a Neuralink chip implanted into its brain.

The video shows Pager, a 9-year-old macaque monkey hopping up on a stool and playing around with a computer. A narrator explains to us that the monkey has been trained to play games using a joystick with a reward of a banana smoothie coming from a straw attached to the machine.

The narrator then explains that a Neuralink chip was implanted into Pager’s brain six weeks ago, and has been calibrating his movements based on the particular neuron pattern of each individual movement. The video then continues to show the actions being performed on the screen, even after the joystick has been unplugged. Pager even goes on to play Pong at increasing difficulties after the joystick is completely removed from the picture.

Musk had previously said that the company was working on teaching the monkeys to play Pong using only their minds with a Neuralink chip, but this is the first evidence we have seen of such a thing so far. Musk also tweeted this week that the Neuralink technology could potentially help a paralyzed individual use a smartphone as efficiently as anyone else using only their brain and not physical touch.

This is a rather unique avenue for Musk and the Neuralink team to show off this breakthrough, but it is definitely on par with Musk’s eccentric habits. Most of the time, this kind of video would be accompanied by large files of research to be studied and understood by other scientists, but this way of revealing the company’s progress certainly reaches a wider range of audiences. Either way, this is a very cool breakthrough, and it seems this technology could be very beneficial in the near future.