If you find yourself struggling to look at the notch on the new MacBook Pro, TopNotch seems like a pretty simple solution. 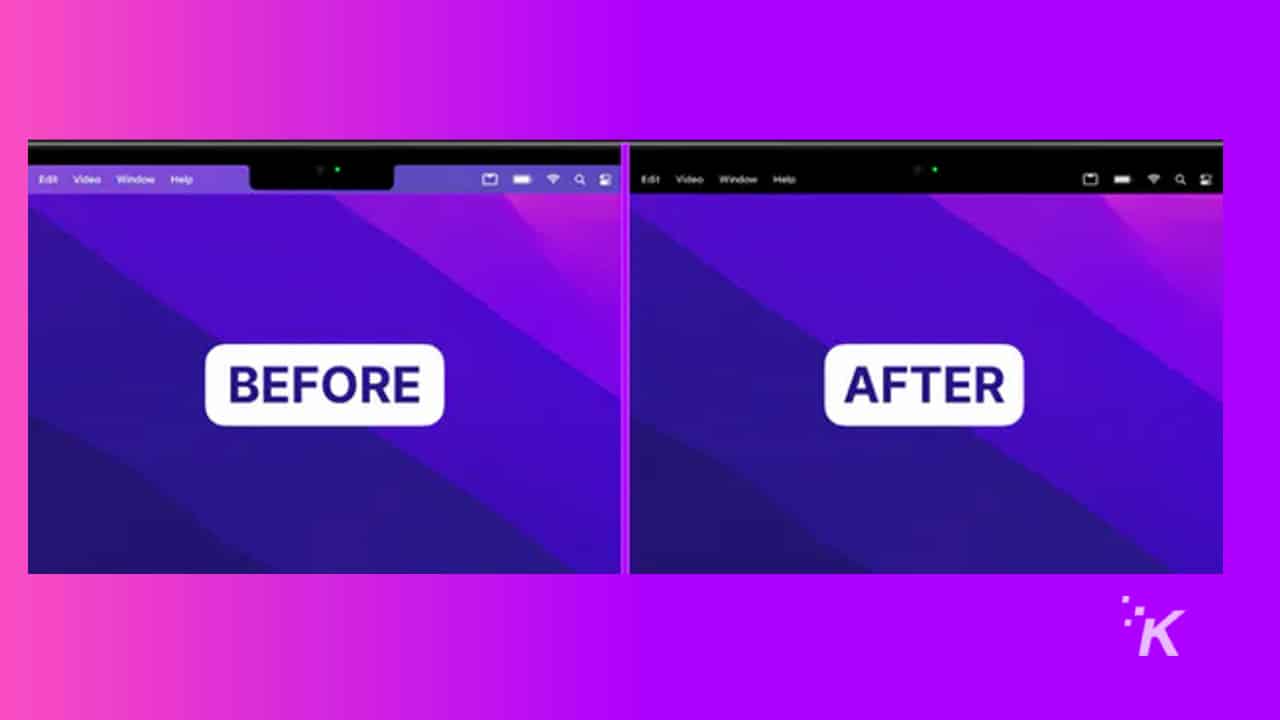 Apple’s new MacBook Pro features the dreaded notch. For some, it’s not a big deal. Others find it excruciating repulsive to look at. At the end of the day, it’s a stupid notch that most folks will forget they’re looking at after a couple of weeks

But for folks who can’t get over the simple design tweak, one little app can zap it out of existence, and it’s called TopNotch.

While it doesn’t remove the laptop’s hardware, it does is make the menu bar black, concealing the notch into your menu bar.

Here’s a quick before and after of TopNotch being put to use:

It’s as simple as that. Luke Oslizlo, the app’s creator, shared a little insight on why he created TopNotch in a recent Product Hunt post: “As soon as Apple announced the new MacBooks, we saw potential for an easy cosmetic improvement that could hide the notch and make it look much better! And that’s why we made this free top-notch app.”

The app is currently free to use and even works with Macs without a notch, offering the same functionality of blacking out your menu bar. TopNotch comes from the same makers who brought us CleanShot, a pretty useful screen capture tool for Macs.

If you find yourself struggling to look at the notch on the new MacBook Pro, TopNotch seems like a pretty simple solution, and better yet, it’s free, so you have nothing to lose. Download it here.