This in conjunction with Ballot Ready, a non-partisan organization. 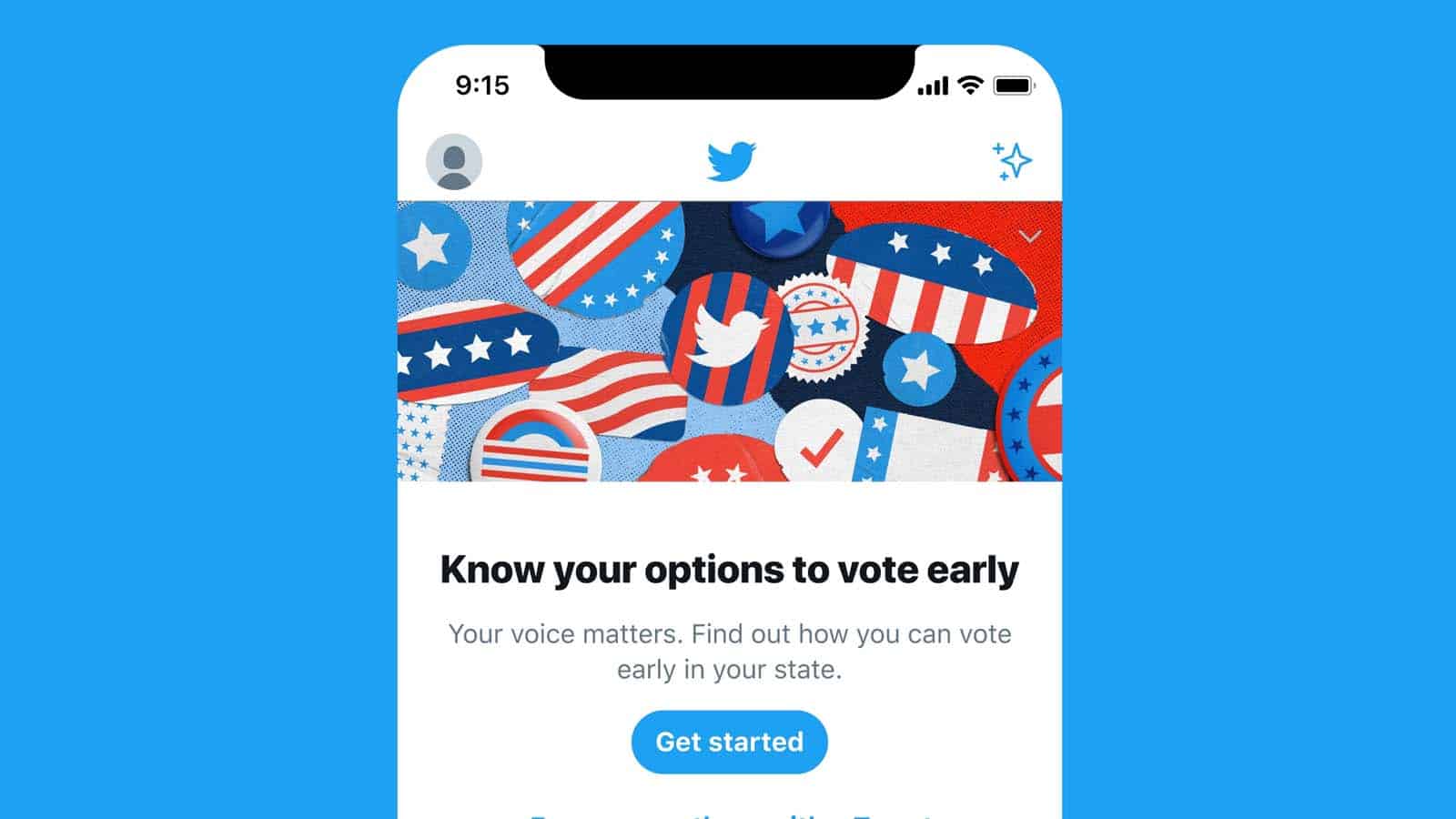 Twitter is actively promoting early voting, and they intend to use their massive influence to help people to do so. Every US citizen with a Twitter account will receive a notification on their timeline, encouraging them to cast their vote early.

Twitter is doing this in conjunction with Ballot Ready, a non-partisan organization that wants to encourage voters to get out and place their votes.

Twitter will also encourage US users to retweet early voting information so that the news reaches their followers. Plus, those tweets that include hashtags such as #IVoted, #YoVote, #IVotedEarly, or #VotedEarly, will get an animated ‘Like’ button and a custom emoji.

In light of the US presidential election, Twitter took several steps to minimize the spread of fake news and misinformation. As a result, they included a set of restrictions and warnings for misleading tweets. For example, if a tweet got labeled as misleading, Twitter users will find it difficult to retweet and need to quote the tweet instead of simply retweeting it.

Earlier this year, they even didn’t hesitate to remove a tweet from Donald Trump that encouraged people to vote twice. And it wasn’t even the first time the company flagged one of President Trump’s tweets for violating their policies.

In a recent blog post, Sam Toizer, a senior product manager, and Bridget Coyne, a public policy director, explained that the company plans to do everything in their power to help people exercise their right to vote. Furthermore, they explained that they hired even more people specifically to help with issues related to US elections.

Twitter even included a bilingual election hub (English and Spanish) that would stop candidates from declaring victory prematurely.

What do you think? Are you voting early? Let us know down below in the comments or carry the discussion over to our Twitter or Facebook.