The XGIMI Aura features a 4K, 150-inch screen from only eight inches away. 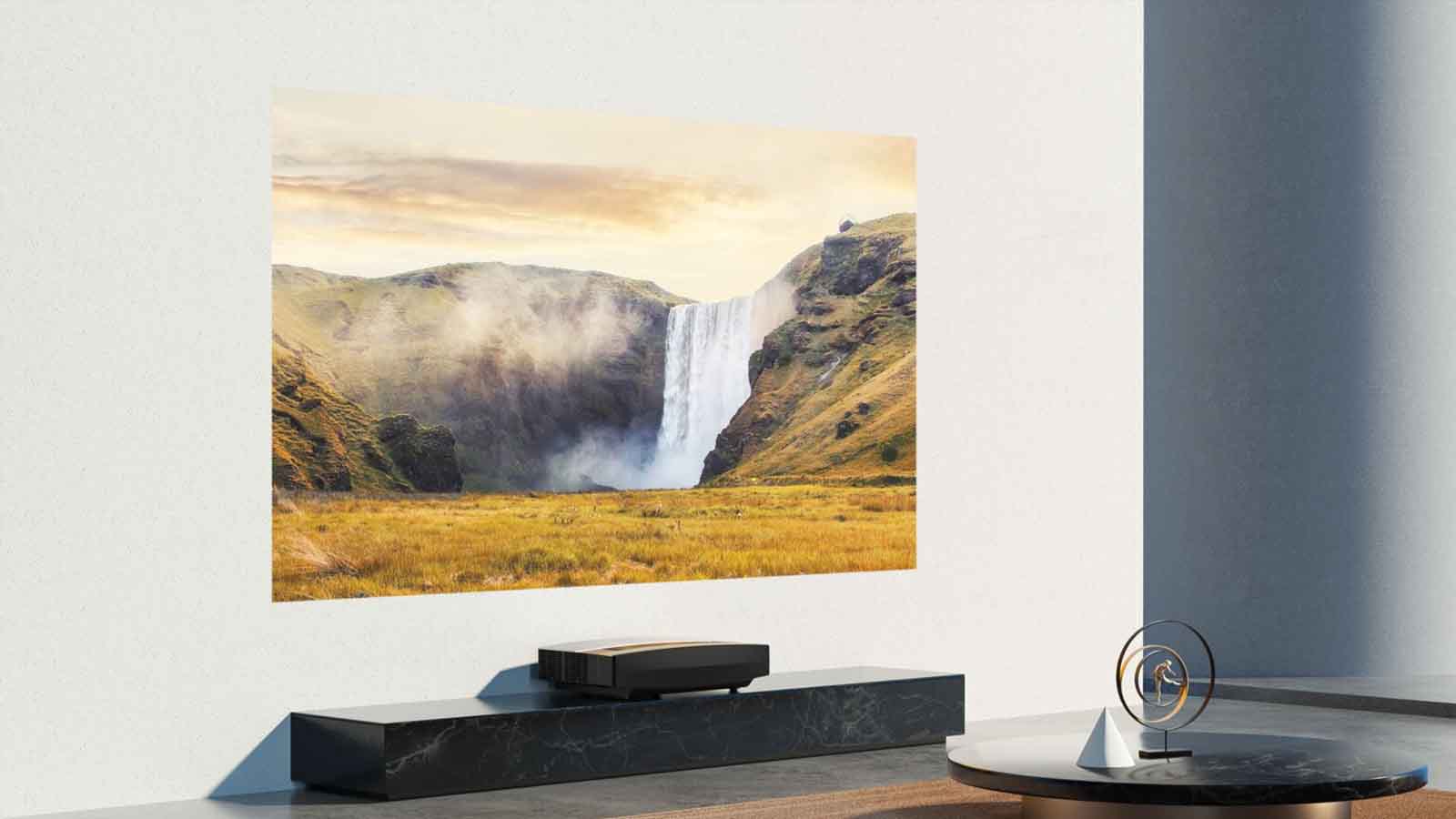 This new $2500 projector from XGIMI fixes the most annoying thing about all smart projectors – anyone walking through the beam will black out the image being projected on the screen. It’s called the Aura, and it’s a short-throw projector so it can be placed right next to your wall, eliminating any beam blocking issues.

The Aura can project a 4K, 150-inch image from only eight inches away from your wall, thanks to the laser projection system that uses some clever optical tricks so the image doesn’t warp. That means it can take up less space than your traditional projector, but you’ll need a hefty TV unit or table to put it on, as the Aura weighs a hefty 33lbs.

The Aura has three USB 2.0 ports for connecting external hard drives of content, or things like USB keyboards for typing in your passwords while setting up the Android TV system. It’s also got three HDMI 2.0 ports on the back, with one supporting ARC for your sound system.

There’s also a headphone jack, optical out, and a LAN port, and a normal power cable so you don’t have to hide a power brick.

The XGIMI Aura has four 15-watt Harman Kardon speakers, two of which are tweeters and two are subwoofers, for some hefty audio performance. It also has Dolby and DTS audio, so while the speakers aren’t surround sound, you do get audio processing to better fill your room with sound.

The only minor drawback of this projector? While the Aura runs on Android TV, it’s not on Netflix’s approved list. You can use Netflix, but you have to do one of several workarounds to get it working. The easiest? Pretending it’s just a projector and buying a Chromecast to plug into it; if you don’t already have one.