October is a solid month for some amazing indie titles. 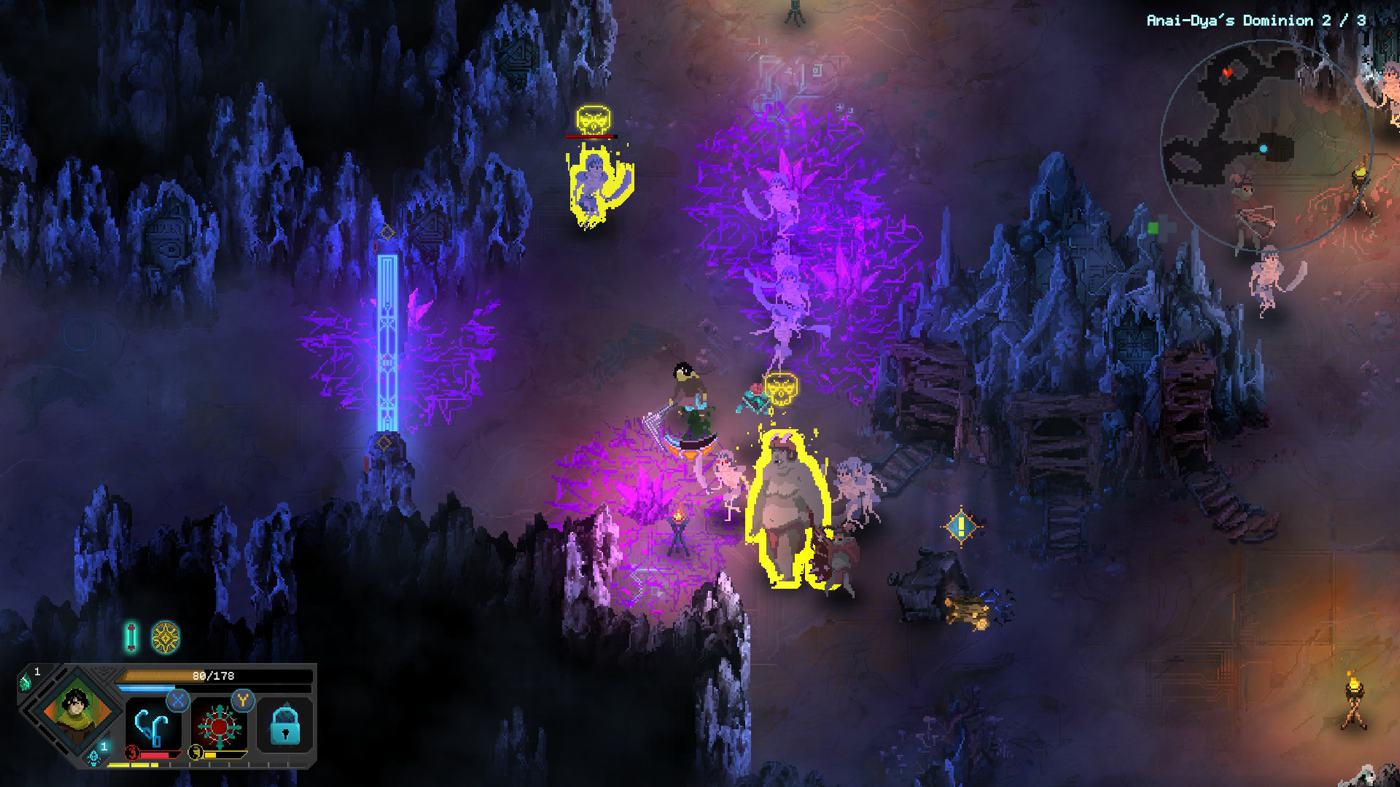 The end of the year is a big time for game releases and October is a veritable feast of delicious indie titles you can snack on.

I’ve gathered a list of some of the best titles you should be paying attention to. While it’s not an exhaustive list of everything coming out, I think you’ll like what Spooktober has in store. In chronological order, here we go:

When you have a cinematic trailer animated by Studio Trigger, you instantly have my attention. Indivisible is the upcoming action RPG/platformer hybrid from Lab Zero Games, the studio behind the cult hit Skullgirls.

Four years after the giant Indiegogo campaign, the full game is finally coming to Steam, PlayStation 4

, and Xbox One on October 8th.

Yooka-Laylee and the Impossible Lair

The spiritual successor to Banjo-Kazooie, Yooka-Laylee and the Impossible Lair is a new platformer by Playtonic Games for those that long for the good old days of jumping around, solving puzzles, and collecting things.We covered this one during E3 and I’m very much interested to see how the full game turns out. You can find Yooka-Laylee and the Impossible Lair on Steam (Windows), Nintendo Switch

Do you like gritty, dystopian futures with action gameplay reminiscent of Contra, Mega Man, and Metroid? You’re gonna love Valfaris by Steel Mantis. I played this one at PAX West 2018, loved it, and immediately made a mental note to pay attention to when it’s coming out.

That time is now, because Valfaris is hitting PC and Nintendo Switch on October 10th, with PlayStation 4

and Xbox One releases in early November.

Now, to be fair, Children of Morta by Dead Mage Inc is already out on Steam. That said, it’s hitting consoles on October 15th, so you can take to your console of choice (Nintendo Switch

, and Xbox One) to play as a family of heroes protecting the world in this top-down roguelike.

From what I’ve seen, this one looks excellent and if you’re into action roguelikes it’s probably right up your alley.

UPDATE: Children of Morta has been delay until November 20, 2019.

I love this game. Disco Elysium is an absolutely wild detective/mystery point-and-click that’s, “What if you were a noir detective at war with your own brain?” There’s meaningful choice. There’s character customization. There are open, divergent paths to work the case.

I played this one at PAX East 2018 and 45 minutes of the show just melted. My only complaint about Disco Elysium is that the October 15th launch on Steam/GOG is only for Windows, so I’ll have to wait until they port to OSX or tablets to play it myself. Speaking of which, I should probably update my motherboard for i7 7700k.

Have you ever wanted to raid haunted houses by teaming up with magical, fireball-spewing cats? You’re in luck because Cat Lady by Rose City Games is coming to Steam Early Access on October 17th and provides exactly that.

Sporting a crisp, minimal color palette and responsive, twin-stick shooter controls, I played this one at PAX West 2019 and it’s pretty great. We don’t normally cover Early Access titles, but this is one you should play.

Kine is the breakout title from Gwen Frey, formerly of The Molasses Flood, and it’s a charming, ridiculously smart puzzle game about a trio of adventuring robots trying to form a band. Started as a solo project, it’s finally coming out on the Epic Games Store, Nintendo Switch, PlayStation 4, Xbox One, and Google Stadia on October 17th.

I played this one at PAX West 2019 also and it’s fantastic; if you like puzzle games, you’re going to love it.

Full disclosure: Jake is friends with one or more members of the Kine, Cat Lady, and Disco Elysium development teams.

Did I miss anything y’all are super pumped about? Let us know down below in the comments or carry the discussion over to our Twitter or Facebook.