The adapter includes extra buttons to make it work flawlessly with the Switch. 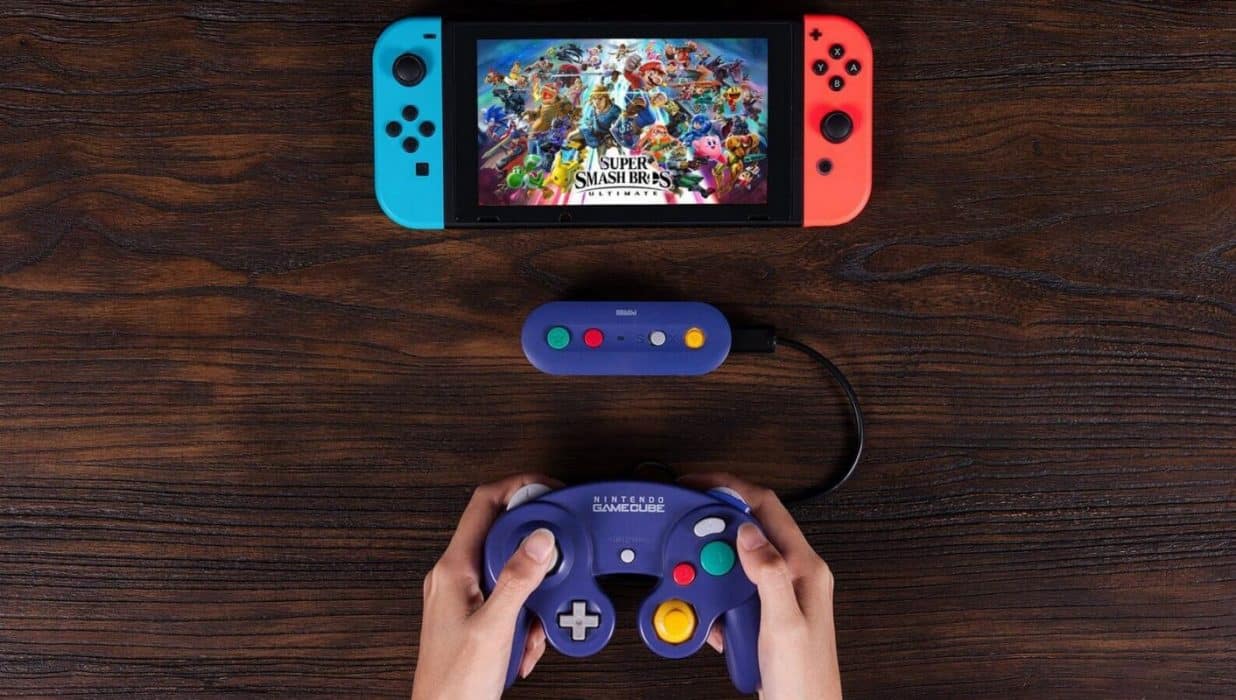 8BitDo is known for its classic controllers and replicas that work with consoles like the Nintendo Switch, and its latest product will give GameCube controller owner an easy-to-use option for connecting their controller wireless to the Switch.

The 8BitDo Gbros. wireless adapter, which is now available for pre-order, will be the perfect accessory for games like Super Smash Bros. Ultimate, or honestly any game, but I’m sure Smash fans are excited about the possibility of using the beloved Nintendo controller again.

More about the 8BitDo adapter

Because the Nintendo Switch has buttons and features not present on the GameCube, 8BitDo has added some functionality to the actual wireless adapter, as well. With it, you can go to your Switch homepage or even take a screenshot.

The controller also can work with Windows PCs, thanks to an X-input switch on the adapter.

In addition to your classic GameCube controller, the 8BitDo Gbros. adapter will also work with the Wii Classic controller and Nintendo’s line of “Classic” edition controllers.

If you’re interested in picking up one of these adapters, you still have a bit of a wait, as it doesn’t release until December 7, which is also the same day Super Smash Bros. Ultimate releases.

What do you think of the adapter? Is this something you’ll be picking up when it releases? Let us know in the comments.