Amazon is playing nice with Google and selling Chromecasts again

A year after Amazon said it would. 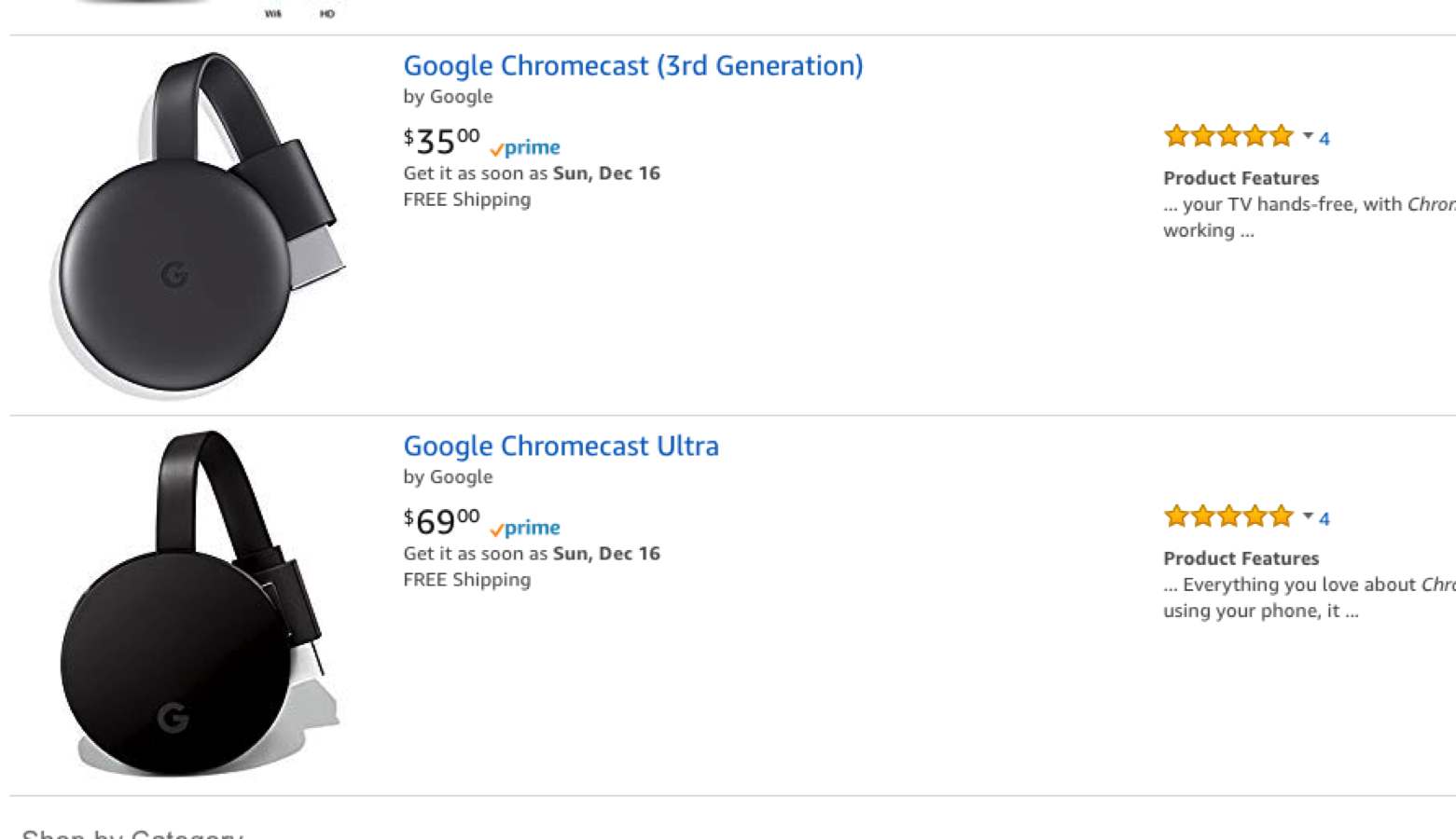 You probably don’t care and probably haven’t even noticed, but Amazon hasn’t sold Google Chromecasts in quite a while. This week, Amazon is reversing their decision and is finally allowing Google to sell them again on Amazon’s massive ecommerce platform.

If you’re not familiar with Google Chromecast, it’s basically a dongle you connect to your TV that allows you to basically mirror stuff from your smartphone onto to your TV. It does a bunch of other things too.

Why did Amazon ban Chromecasts from its store?

Google sells a lot of these. So why has Amazon banned them from the store? Well, it’s simple. “Customer confusion.” But in reality, the real reason is that Google’s Chromecast doesn’t play nice with Amazon’s Prime Video. That and the fact that Amazon doesn’t like promoting its competition. Talk about a fair marketplace, huh?

Here’s where things get interesting. A year ago, Amazon had said that it would allow the sale of Chromecasts, but the company didn’t really do anything about it. By the way, that was exactly 12-months ago.

This week, Amazon is finally fulfilling its promises. I mean, it just took them a year to do it. If you head on over to Amazon and search for Google Chromecasts, lo and behold, you’ll finally be able to buy them there. If you’re an Amazon Prime member you can have it shipped to your house in two days.

At the end of the day, the consumer wins

To be fair to Amazon, the company sells its Fire TV Stick

, and both of these are direct competitors to Google’s Chromecast. So it’s understandable as to why Amazon doesn’t want to have its competitors in the same marketplace. But at the same time, it just seems petty not to sell them. Let consumers decide what is good or not.

All in all, this just another episode in the dongle wars. The winners here, for once, are the consumers. Either way, Amazon is still going to make a cut and Google has a wider audience to sell its products to.

Have you noticed the absence of Chromecasts on Amazon? Do you even care? Let us know down below in the comments or carry the discussion over to our Twitter or Facebook.