The new feature, rolling out to iOS users now, uses technology developed by Partpic, a company Amazon bought in 2016. 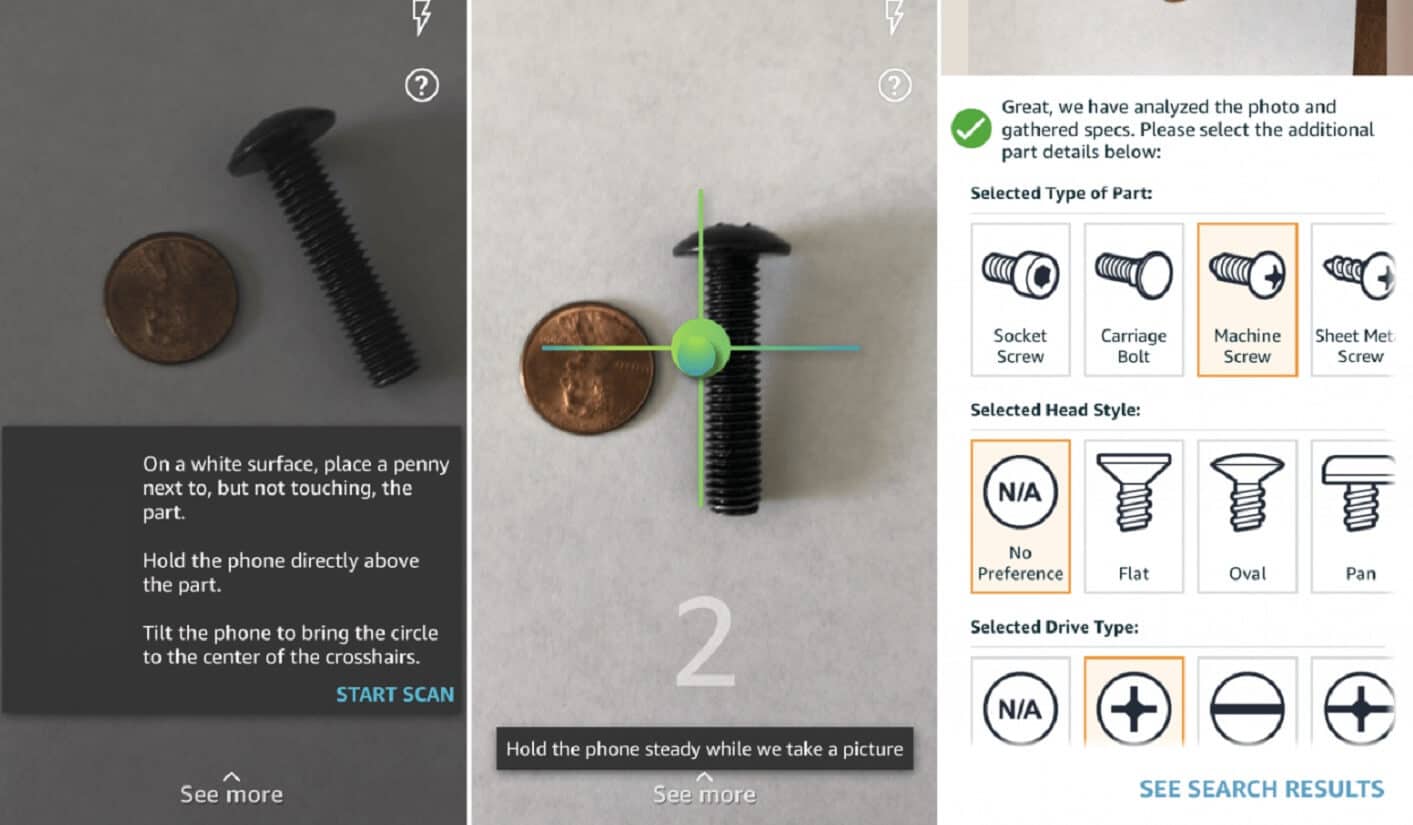 Image: The Next Web

Amazon’s introducing a Part Finder feature to its mobile app. The tool allows buyers to use computer vision technology to find an unidentified bolt, washer, or widget in Amazon’s database and avoid visiting the local hardware store, according to TechCrunch.

The new feature, rolling out to iOS users now, uses technology developed by Partpic, a company Amazon bought in 2016. Like the Google Measure app for Android and Apple’s upcoming Measure app in iOS 12, Part Finder uses the smartphone’s camera to measure the object.

The instructions explain how to correctly tilt the phone in order to measure the part. This involves a display of a crosshairs and circle that appear on the white surface in the camera’s viewfinder. You tilt the phone until the circle is lined up in the center of the crosshairs.

Amazon hasn’t announced when Part Finder will arrive on its Android app. 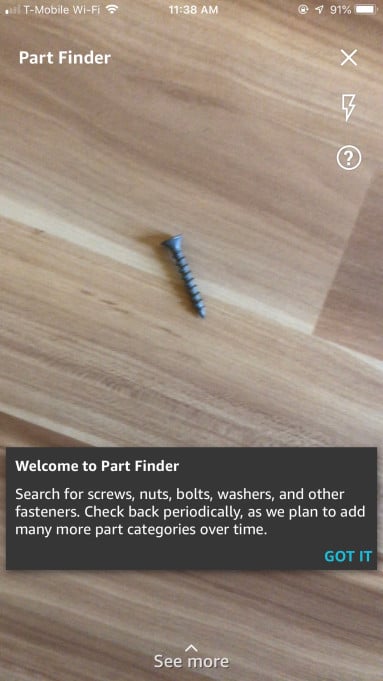 At launch, Part Finder is capable of identifying over 100 types of fasteners which represent thousands, if not millions of parts, Amazon says.

Part Finder sounds useful, although, in practice, it remains a work in progress.

In early tests, TechCrunch found the process of finding a part wasn’t as straightforward as you might imagine. Don’t, for example, assume all you have to do is point your camera at an object and let Amazon do the rest. You also have to place the part in certain positions and align your camera just right for Amazon to measure it.

Regardless, Amazon will no doubt perfect the process. Couple this will drone deliveries, and your town’s hardware store should probably begin to worry.

In other Amazon news, see: