Streaming a streaming announcement, how meta. 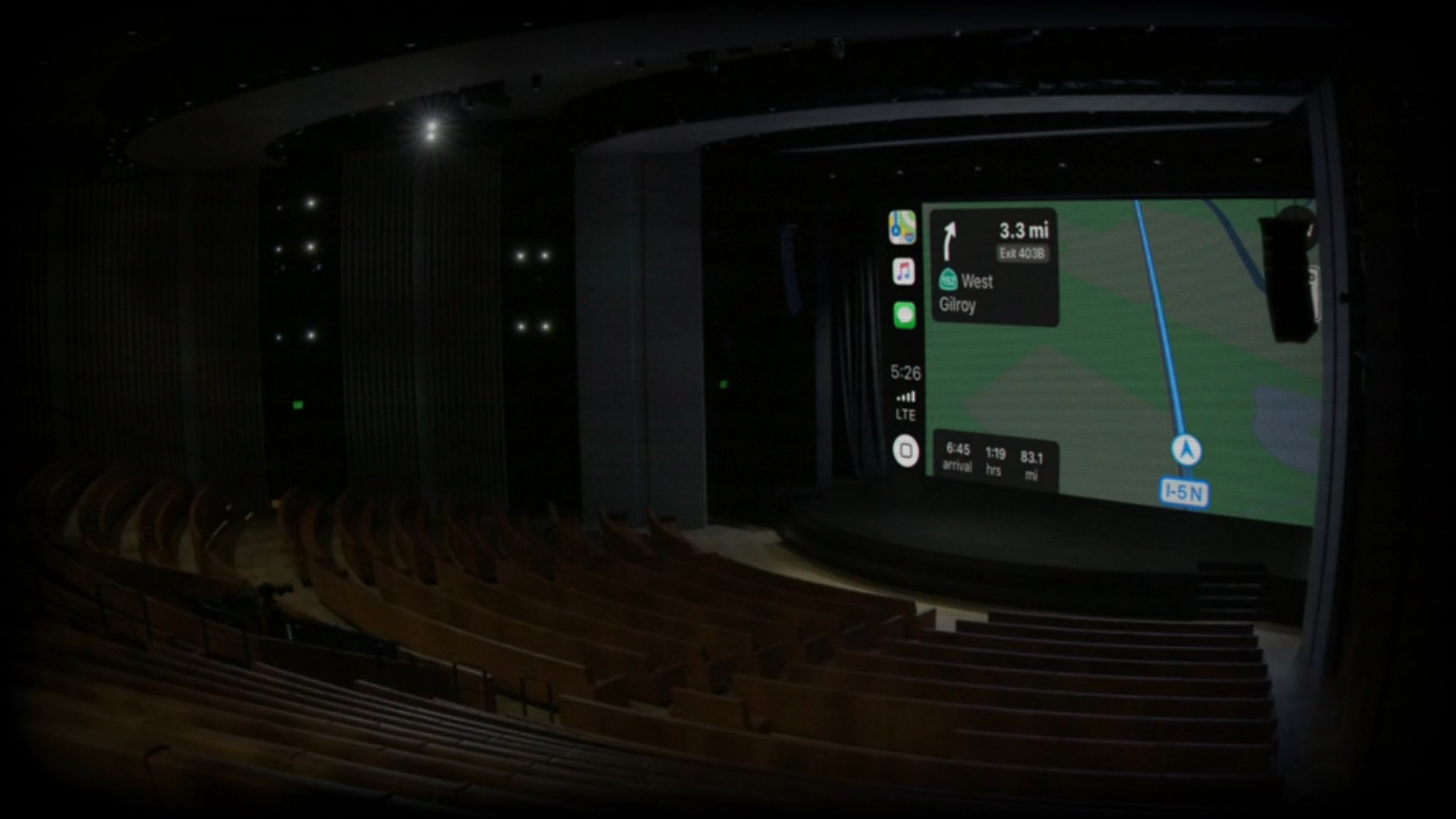 After a week filled with quietly-released Apple hardware that turned the tech sites into a feeding frenzy, it’s time for Apple to shift gears on Monday, where it will likely be unveiling its new streaming service. In a departure from the norm, Apple has been showing pre-roll videos on the screen at the Steve Jobs Theater, with everything from Peanuts characters to an incoming call from Chris Evans that went unanswered. Maybe Tim Apple is really one of the Avengers? I guess we’ll never know for sure.

Currently, the screen behind the stage is showing Apple Maps, charting a course from Hollywood to Silicon Valley, where the Steve Jobs Theater is. Nice symbolism to tease your move into content, Apple.

As with prior launch events, according to Apple, you’ll get the best viewing quality on iDevices running iOS 10 or later, or on a Mac using Safari. You’ll also get that same experience using Microsoft’s Edge browser, on Windows 10. We’ve reproduced the rest of the requirements from the livestream site below:

This stream is best experienced on an iPhone, iPad, or iPod touch using Safari on iOS 10 or later; a Mac using Safari on macOS Sierra 10.12 or later; or a PC using Windows 10 and Microsoft Edge. Streaming to Apple TV via AirPlay requires an Apple TV (2nd generation or later) with the latest Apple TV software or tvOS. Other platforms may also be able to access the stream using recent versions of Chrome or Firefox (MSE, H.264, and AAC required).

Streaming a livestream to announce a streaming service, how meta

While we’re not 100-percent sure of what’s going to be unveiled later today, there’s a good chance that the rumored Apple streaming service will be announced, with its dedicated storefront for content and subscriptions. There’s also a rumored gaming service for iOS, so assuming it’s ready, this event is prime time to announce it.

We’ll also likely see the launch of a similar storefront for news subscriptions, along with an Apple-branded credit card to pay for your shiny new subscriptions. In the current marketplace where Apple’s device revenue has slowed, the pivot to services is crucial for the Cupertino giant to stay on top.

The one thing we won’t see today? More devices, including the AirPower wireless charger. Apple quietly released updates to some iPads, iMacs, and AirPods last week, presumably to create media buzz in the run-up to the livestream.

Plan on checking out the livestream or will you be skipping this one? Let us know down below in the comments or carry the discussion over to our Twitter or Facebook.