And just like that, Apple refreshes its MacBook Pro lineup

The updated MacBook Pro includes the ability to order a six-core processor, 32GB of RAM, plus more. 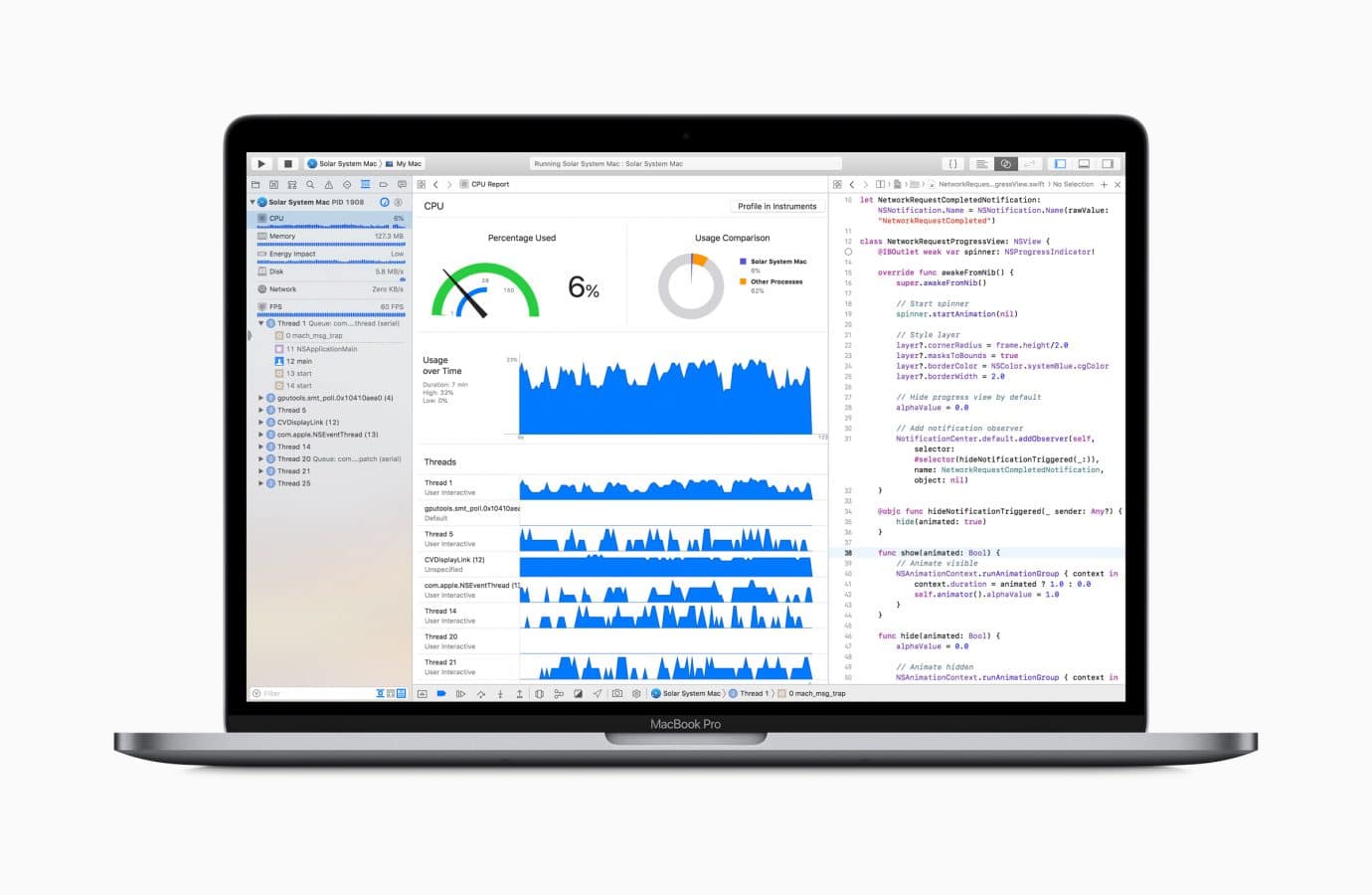 In a big surprise, Apple has announced its 2018 MacBook Pro lineup. The update includes the ability to order a six-core processor, 32GB of RAM, and more.

Back in June, Apple invited much of the tech world to the annual Worldwide Developers Conference (WWDC). In what has become a common theme in recent years, Apple elected not to announce new hardware products during the five-day event. Instead, it decided to refresh its MacBook Pro lineup on a quiet Thursday in the middle of July.

The latest generation MacBook Pro is the fastest and most powerful notebook we’ve ever made. Now with 8th-generation 6-core processors, up to 32GB of system memory, up to 4TB of super fast SSD storage, new True Tone technology in its Retina display and Touch Bar, the Apple T2 chip for enhanced security and a third-generation quieter keyboard packed into its thin and light aluminum design with all-day battery life, it’s the best notebook for pro users.

Here are highlights about both the newly revised 13-inch and 15-inch MacBook Pro models:

You can order an all-new MacBook Pro from the Apple website beginning today, July 12. It will be exciting to see how some of these new features hold up – mainly, things like the “all-day battery life” and the new True Tone display tech.

Going to pull the trigger on a new MacBook Pro? Let us know your thoughts in the comment section below.