Automatically delete your old tweets, retweets and more with this clever tool

Whether you’re embarrassed by your own awful jokes from the past or you just want to be known for your clout, deleting your old tweets has always been a long, arduous task. Going through them one-by-one to read everything before purging whatever you don’t like any more has always a massive pain. Sure there have been tools in the past, but most of them need you to physically run them on a regular basis, or don’t allow much customization for what you remove from the ether.

Semiphemeral changes all that. Developed by Michael Lee, this clever tool allows you to Marie Kondo your Twitter in the most efficient way possible, wiping out your old tweets and retweets, as well as your likes and even those regretful 2am DMs everyone has sent at some point.

Originally created as an open-source program that you had to set up on your own server, there’s now a new web interface that’s ridiculously easy to use. 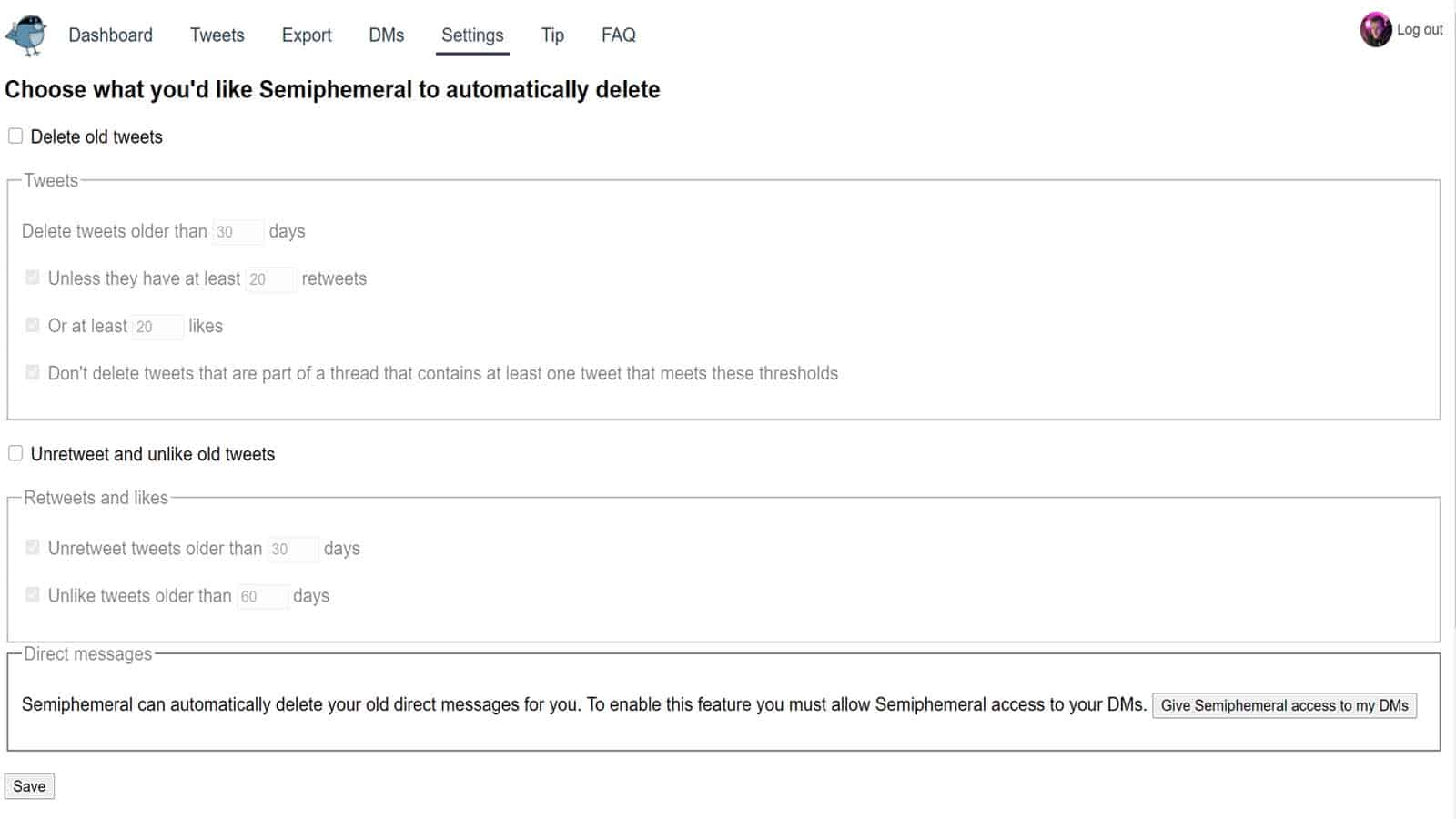 Just head over to the site and log in to your Twitter. From there it’ll download everything you’ve ever put out for the world to see. Once done, you can use the Tweets tab to see an overview of everything. You can then select which ones you want to keep forever, or alternatively, click the permalink to individually delete anything particularly embarrassing.

There are even filters, so if you want to keep all tweets that mention a specific word, just pop your term into the search bar at the bottom and check the tweets off one by one to exclude them from deletion.

Customization in the Settings is great too. Anything with high engagement can be kept just by setting the minimum number of likes and retweets, and you can also choose whether to delete anything you’ve previously liked or retweeted in the past. If you’re comfortable giving access to the site, you can also delete your DMs.

It’s a fantastic way for anyone with a tidy mind to keep on top of their history, or for anyone who’s trying to raise their profile to get rid of anything they might not want people to see they’ve liked (everyone’s done it, let’s be honest now).

Semiphemeral is automatically ran each day, so once you’ve set it to run you don’t need to hop back in unless you really want to. It’s also completely free to use, so you’re getting plenty of bang for your non-existent buck.

Heads up though, just like when you go on a mass Instagram purge and can only delete a specific number of accounts you follow each day, Twitter’s API has a limit on how many requests it will allow through. This means it can’t unlike anything after your latest 4000 likes.

What do you think? Is this something you could see yourself using? Let us know down below in the comments or carry the discussion over to our Twitter or Facebook.