30 days of battery life in a ruggedized design. 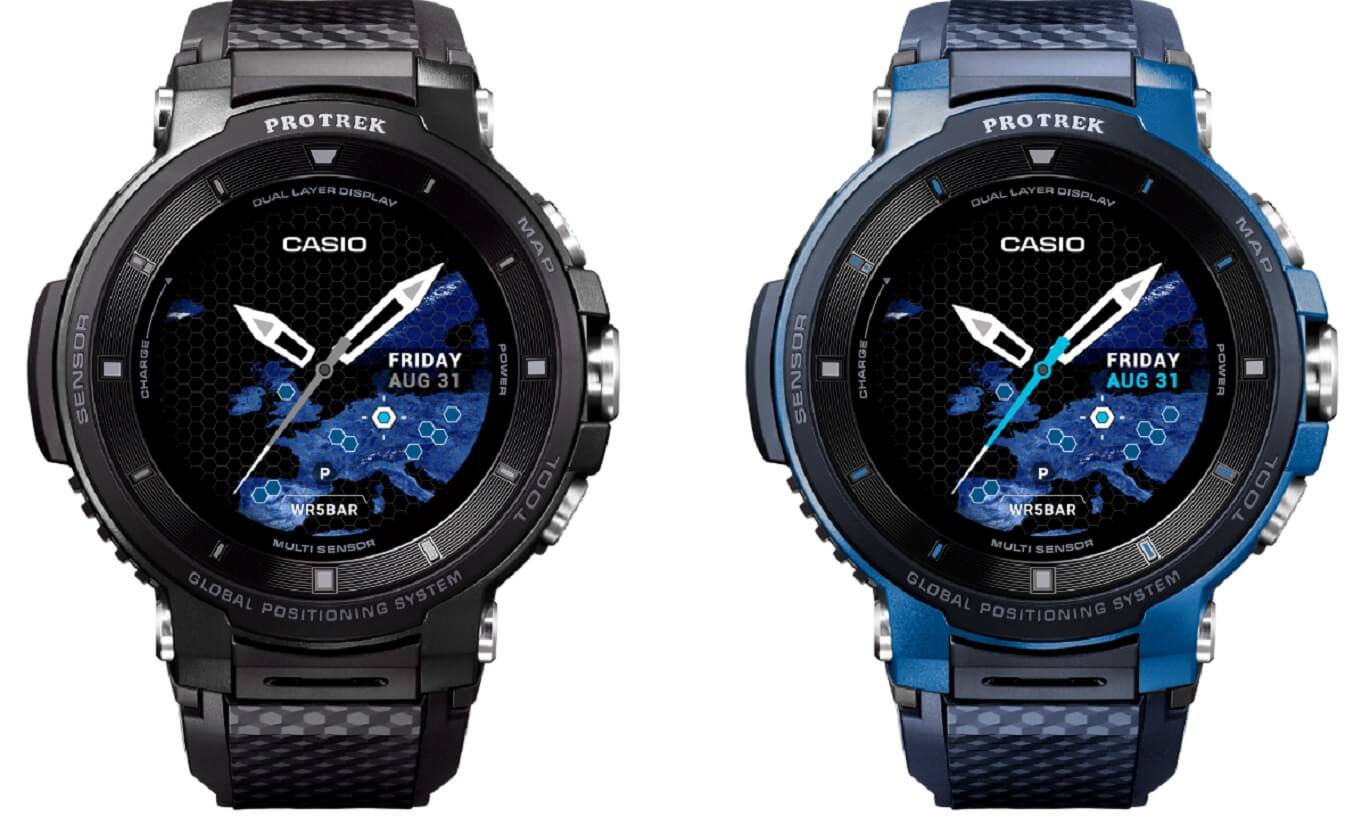 IFA 2018 is in full swing now over in Berlin, and Casio wasted no time in announcing a new smartwatch. The Pro Trek WSD-F30 is the newest member of the Pro Trek family, with sport ruggedized designs and Google’s WearOS. On the face, this year’s model hasn’t changed that much, but all the real improvements are under the fascia.

Casio says it’s certified to MIL-STD-810, and it’s water-resistant down to 50 meters of depth. It’s slightly slimmer than last year’s F20, and the display now has a full-color 1.2-inch 390×390 pixel OLED display with a secondary monochrome display that shows altitude, compass bearing, and atmospheric pressure. The watch band is also improved, with more flex to it.

There’s Bluetooth 4.1 LE and WiFi, wireless charging and more sensors than you can shake a stick at, including GPS, a barometer, gyrometer, compass, and an accelerometer.

The company claims up to a month of battery life with one charge if you only have the monochrome screen enabled (Casio calls this the Multi Timepiece Mode). Baseline battery life for the color screen is about “one and a half days” according to Casio’s estimates. That’s not bad considering the size of the battery inside.

The WSD-F30 runs the latest version of Google’s WearOS operating system, and you can download maps and use them offline to track your location – great for those off-the-beaten-path hikes. Extend mode shows just the monochrome screen and lets you wake the color map from sleep at the tap of a button.

There’s a trail map-sharing app with millions of users, ViewRanger, and Hole19 which is a golf app that estimates the distance to each hole.

The WSD-F30 will come in orange, blue and black when it ships in January 2019. Pricing has yet to be announced.

What do you think of this new offering from Casio? Looks pretty good, huh? Let us know below.