Here’s how cell phones are affecting our memory

Cell phones and tablets could result in lazier brains. 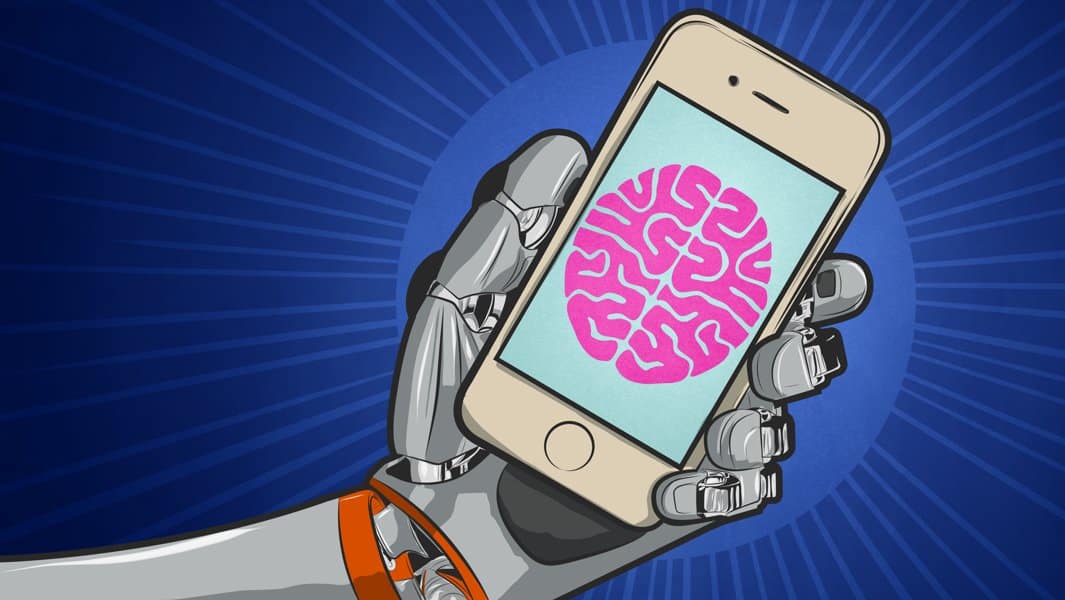 The brain is a large mass of nerve tissue. Why is this important to know, and what effects do our handheld devices have on our brains? Given how popular smartphones are today, this is a question that healthcare practitioners, parents, students, and other cellphone users should consider.

With that in mind, if you were given an opportunity to go a full day without your cell phone, do you think it could be done easily? While some people might say “yes,” research shows that breaking this technology habit — even for a short period of time — can be extremely difficult. That said, if you walk into any building or cafe shop, you will find someone using their smartphone for a number of different reasons: making phone calls, checking social media, reading up on the latest news, or checking their banking information. Our phones have become a huge part of life, but at what cost? In other words, does this reliance on our handheld devices have an impact on our body?

The answer is yes. It does.

Research suggests that a continuous use of our mobile devices does, in fact, affect the brain. In the same study presented by Radiological Society of North America, scientists later discovered that people who suffered from cell phone addiction also showed signs of imbalances in the brain. Another study published by the Journal of Association for Consumer Research concluded that the brain’s cognitive ability was reduced by a significant amount whenever a smartphone was within reach. The most interesting part, however, was that even when the phone was powered off, it still had the potential to reduce the brain’s thinking ability.

Although there are millions of phone users out there, not too many people know how their devices work. That said, mobile phones work by sending radio signals to-and-from nearby cell towers using radio frequency (RF) waves. Like most radio waves, microwaves, and other visible light, RF waves are a form of radiation — and while cell phones don’t have enough energy to disrupt DNA cells and cause cancer like microwaves do, constant exposure to the waves emitted by phones can heat up tissue within the brain. This means if there’s constant movement of chemical bonds throughout the body – particularly within the brain – cells can get irritated by the non-ionizing radiation they’re exposed to. If this happens, the DNA cells in the body will soon start to develop cancer and other diseases. 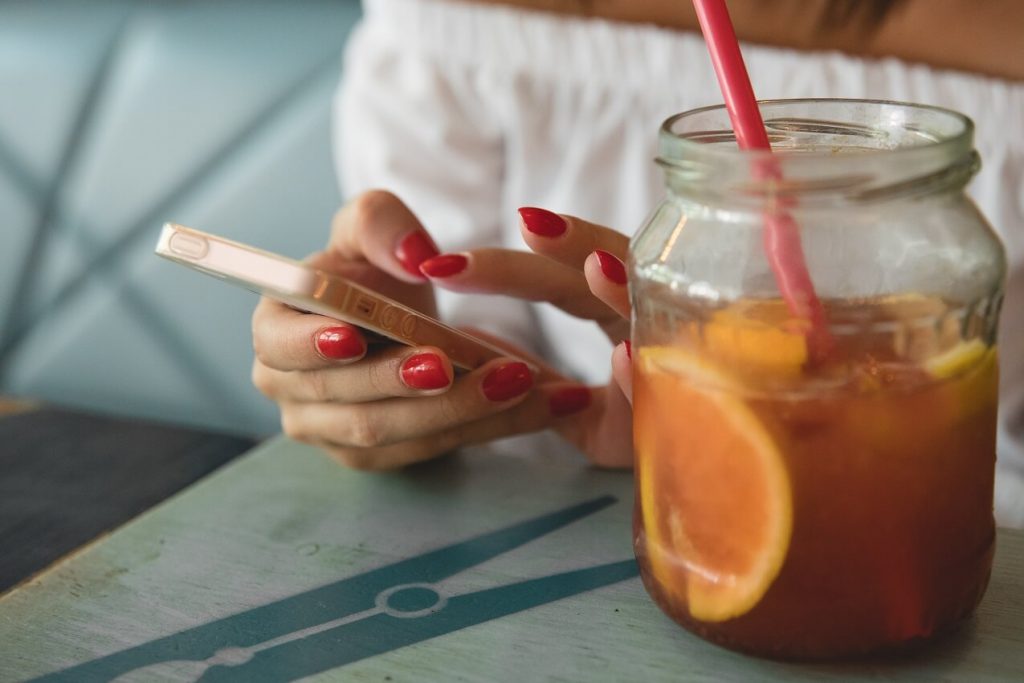 How can users protect themselves?

Simply toss your phone in the recycling bin. Kidding! Radio wave intensity reduces when there’s a distance between the user and their phone. So the best way to protect yourself is by keeping the phone at least two inches away from you at all times — not just when you’re on a call. You can do this by using Bluetooth headsets, placing your phone on speaker when you’re talking to someone, or by putting it in your bag when you aren’t using it. If you must keep your phone in your pocket, then be sure to place it on “Airplane Mode.” Remember, the farther, the better.

Because radiation is something that can pass through the body without individuals even knowing it, the radiation dose can only be measured by the amount of radiation received by the body. The scientific term and unit of measurement for whole body dosage are called the “effective dose.” Other radiations are measured by REM, Sievert, gray, and rad.

Even though there are multiple ways to measure radiation, doctors, physicians, and researchers typically use effective radiation in the form of X-Ray and CT Scans when they’re looking for things like cancer, spinal conditions, kidney stones, and wounds that can’t be seen with the naked eye. While it’s unlikely cell phone usage can lead to things like kidney stones, it can lead to other problems throughout the body — problems that stem from cancerous cells being born.

From the standpoint of doctors and researchers, knowing the energy and exposure of radiation is key. Fortunately, many devices can help us measure our daily dosage of radiation –– depending on the condition. Devices that range from cell phones to high-tech devices located in hospital rooms. Nevertheless, we shouldn’t only leave it to the experts to measure our radiation exposure. Instead, we should monitor our exposure as well.

The human brain has the ability to process about 60 bits per second. However, the more tasks we have to complete, the more our brain has to work to fulfill our demands. This is why most people instead pass their heavy workload to their handheld devices for assistance. Seems like a smart idea. Right? 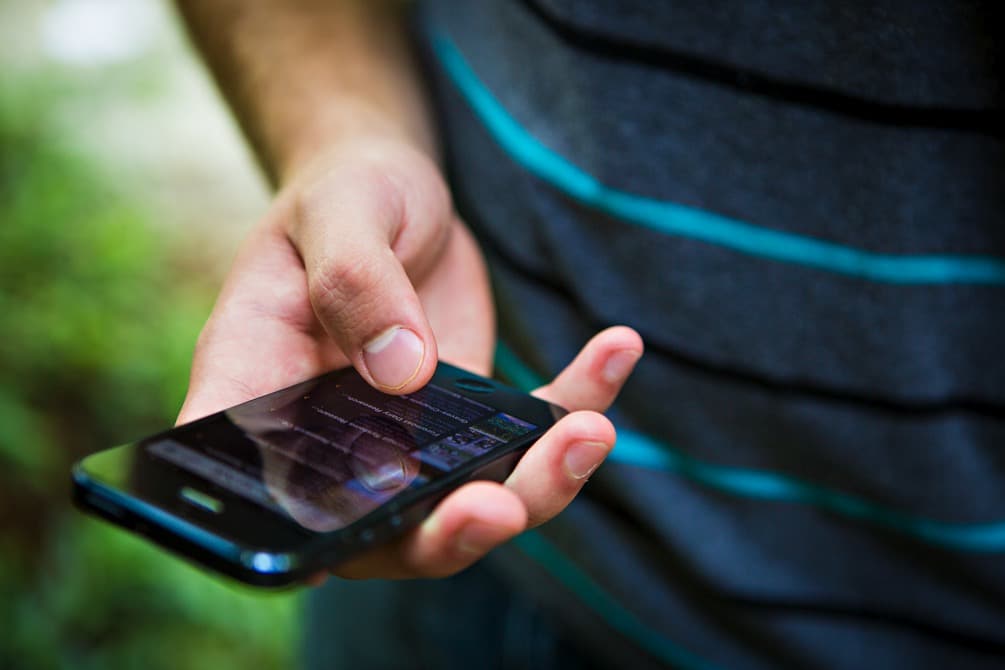 Wrong. While passing our daily responsibilities to our phones might seem like a logical idea, it can, in fact, make our brains lazier. Generally speaking, smarter, more rational thinkers are less active on their mobile device search engines than other users. This doesn’t mean that using your phone to search for things makes you “dumber”; it could just simply mean the individuals who participated in this study know more and therefore, have to search less.

In the end, our cell phones are powerful enough to reduce our brain’s activity –– even after 60 minutes of use. This just shows us how sensitive our brains are to radiation, and how this can really affect us in the long run. The big worry, of course, is cancer developing in the brain. With technology awareness on the rise, however, users can take steps to ensure their safety.

What do you think? Is your iPhone killing you and making you dumber? Let us know in the comments below.