eBay has new rules in place for sellers. These rules could crush refurbished electronics sales. 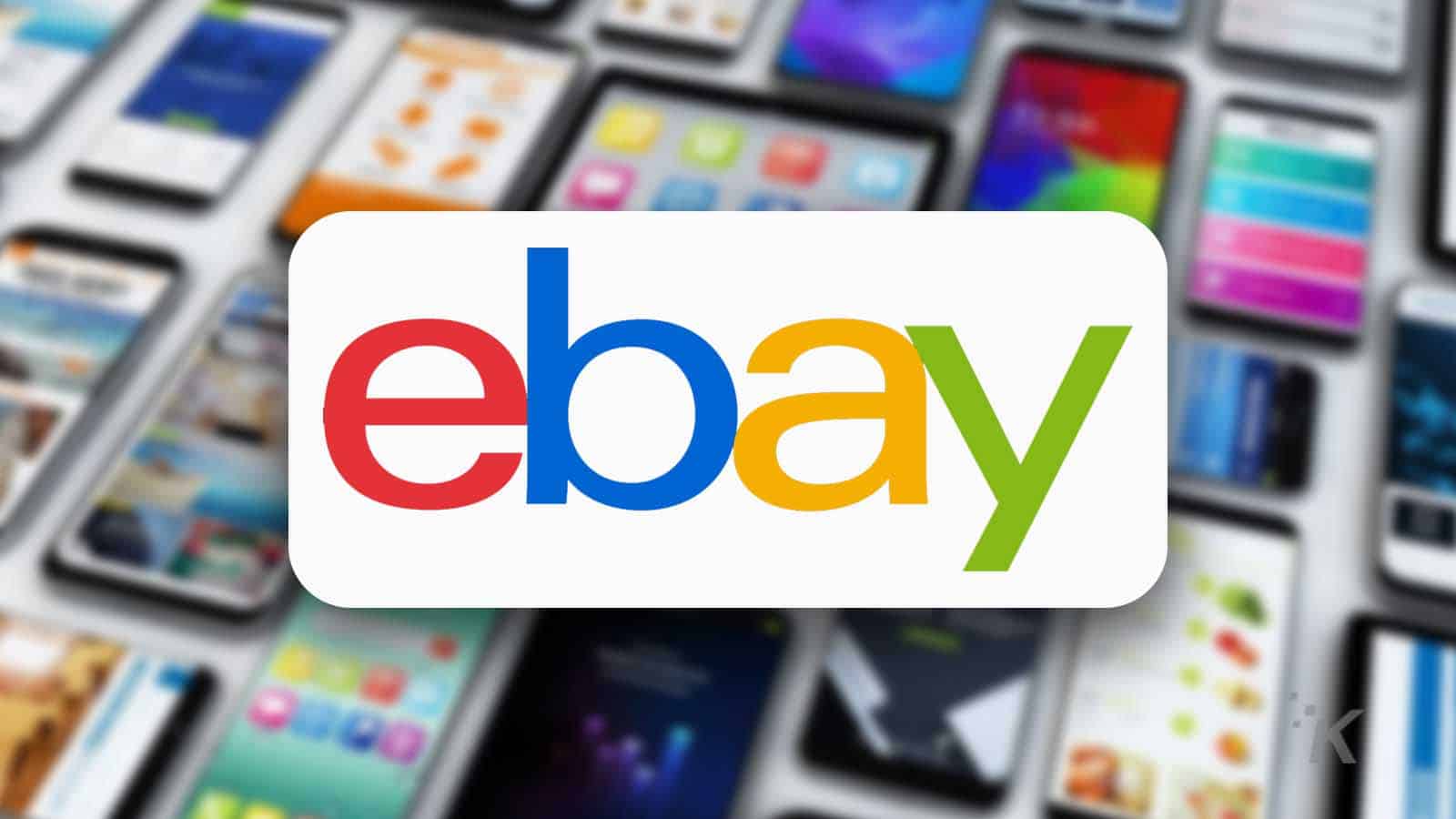 eBay plays a vital role in the recycling economy. It’s the world’s oldest and largest auction site. Electronics refurbishers depend on its global ecosystem of over 138 million consumers.

But recent changes to eBay’s terms threaten to upend that relationship, with some recyclers warning about potential market-distorting effects and a lack of transparency.

eBay introduced ‘eBay Refurbished’ several months ago. At face value, it seems like a sensible — even consumer-friendly — move.

It aims to formalize the refurbished technology industry, introducing an element of quality control typically expected when buying new.

But the devil lies in the details. Prospective members of the ‘eBay Refurbished’ program must first sign an MNDA (mutual non-disclosure agreement).

This legally-binding document introduces a level of opacity within the eBay ecosystem that didn’t previously exist.

In practice, it prevents sellers from publicly sharing the details of the program or the terms of the ‘eBay Refurbished’ agreement.

KnowTechie has obtained a copy of the ‘eBay Refurbished’ MNDA. At the request of the vendor, we are not publishing it here.

Although the vendor did not sign the document, they nonetheless do not wish to risk jeopardizing their relationship with the company.

The MNDA is just one page, but its terseness is offset by its sweeping language. It obliges vendors to keep any information declared ‘confidential’ secret for three years after disclosure.

The MNDA cites several examples of potentially confidential information. At face value, they’re reasonable. They include things like remanufacturing processes and customer records.

KnowTechie obtained emails from an eBay representative to a prospective member.

The representative confirmed that the terms of the program, as well as the vetting process required to become an ‘eBay Refurbished’ seller, fall under the ‘confidential’ descriptor.

Additionally, vendors are bound by the MNDA even if eBay rejects their application. Shrouded under a thick cloak of secrecy, independent vendors cannot effectively negotiate with the e-commerce behemoth.

The stigma of ‘used’

To be clear, vendors aren’t required to join the ‘eBay Refurbished’ program. It simply means they can’t use the ‘refurbished’ category. Instead, they must categorize their wares as ‘used.’

It sounds like a small, even trivial, detail. But to resellers, it’s a big deal. KnowTechie spoke to John Bumstead, founder of the Minnesota-based Apple refurbisher RDKL Incorporated.

Bumstead fears that, without being able to describe his equipment as ‘refurbished,’ his business will be at a steep disadvantage. Especially against members of the ‘eBay Refurbished’ program.

The term ‘used,’ he said, carries a degree of stigma. It doesn’t reflect the level of work that goes into overhauling a pre-owned computer.

“My refurbished products have a right to be called ‘refurbished’ because that word means something,” said Bumstead.

“It means my products have been tested, cleaned, restored, and that they are complete and ready for a consumer to use. Having to sell ‘used’ gives the consumer an entirely different impression, which is that the laptop was probably found in the back of a closet.”

Bumstead believes the term ‘used’ infers a degree of risk from the consumer’s perspective. “Otherwise, why would [the computer] be listed as ‘used’ and not ‘refurbished’,” he said.

Why the MNDA matters

Bumstead talks about eBay with a sense of glowing admiration. He believes the company plays an “essential function” in society.

“[It’s] a place where you can buy or sell anything. A worldwide Craigslist, so to speak,” he said. “Specialty items, small parts, antiques, and tools. Items that serve an important purpose but aren’t especially profitable.”

“eBay has always been a platform that championed fairness, transparency, and open discussion among all involved. Creating an army of silent sellers is antithetical to eBay values,” he added.

The MNDA introduces a level of secrecy, Bumstead argued, with serious implications for the fairness of the platform.

“Creating an army of silent, approved, and promoted sellers, and pitting it against regular sellers, constitutes a predatory Amazon-like environment,” said Bumstead. He adds that it “threatens to disrupt the eBay ecosystem.”

“With all its sellers muzzled, eBay could conceivably take any given anti-competitive action, or even dump its small sellers in favor of brand gating or manufacturer exclusivity, and the sellers would not legally be able to talk about it or speak to the media. This is just wrong,” he added.

The hierarchy of refurbished

According to eBay’s marketing materials, ‘certified refurbished’ equipment is overhauled by the manufacturer, or an approved third party. On the surface, that sounds fine, but it has its own problems.

Bumstead fears that eBay will eventually exclude all refurbishers except those that meet this standard. This wouldn’t be without precedent.

In 2018, Amazon signed an agreement with Apple that required it to remove all unauthorized sellers of refurbished Apple and Beats hardware from its US storefront.

“[It] likely means a seller has agreed to very strict guidelines. It also usually requires sellers to deal in high volumes, because most manufacturers want to work with the biggest and most productive partners possible,” he explained.

“For instance, the ‘Amazon Renewed’ program for Apple sellers requires proof of buying millions of dollars of inventory a year from approved vendors. Small sellers, if they are even allowed on the platform, simply cannot meet these requirements or compete with those few who can.”

No guarantee of quality

Bumstead also notes that refurbished devices made by a manufacturer, or an approved third-party, are not guaranteed to be superior to those made by an independent refurbisher.

“Ultimately, being granted ‘approved’ status means a seller has the keys to the kingdom and is receiving benefits. It does not necessarily mean the seller has a higher quality product,” he said.

“And all it takes is a glance at Amazon Renewed or eBay Refurbished seller feedback to see that they suffer from the same old quality and service issues as ever. If quality and service aren’t improved by these types of programs, you have to ask, what is the point?”

Nor, for that matter, does it guarantee that a repair will be done in the most cost-effective or environmentally-friendly manner.

This fact is especially evident when contrasting Apple-approved repair providers with independent shops.

As illustrated by right-to-repair advocate Louis Rossman, certified Apple repair shops are often required to replace entire components to solve a problem that could be fixed by simply replacing a single chip.

There is no evidence eBay intends to restrict the marketplace in this fashion. Indeed, on the balance of probabilities, it seems unlikely.

The company’s largest category is electronics and accessories. Restricting who can sell refurbished hardware to a select elite few would inevitably dampen eBay’s usefulness to the wider consumer. It would be an act of unprecedented self-harm.

But if Bumstead’s fears come to pass, it may sound the death knell for the independent refurbishers.

The fight to repair

Refurbishers perform an important public service. They deliver affordable computing hardware to those unable — or unwilling — to buy new. Refurbishers keep countless laptops, tablets, and smartphones out of the landfill.

Additionally, refurbishers help slow the mass amount of waste transported to West Africa. This waste is classified as ‘recycled,’ but that’s not the whole story.

This element of the electronics recycling industry is the most exploitative and, ironically, most environmentally damaging.

Across the region, thousands of workers burn unwanted or obsolete devices for their precious metals. Often, workers do this without any protective equipment.

At one recycling center in the outskirts of Accra, respiratory ailments and chemical burns are standard occupational hazards. And the toxic fumes it spews pollute adjacent communities and farmland.

“One egg hatched by a free-range chicken in Agbogbloshie exceeded European Food Safety Authority limits on chlorinated dioxins, which can cause cancer and damage the immune system, 220 times over,” reported Bloomberg in 2019.

eBay plays a massive role in the legitimate, beneficial electronics recycling sector. Without it, consumers would pay more for devices. It stops the production of countless tonnes of electronic waste.

But this can only happen with the buy-in of independent refurbishers. It needs the confidence and support of the industry. By establishing a secretive hierarchy of vendors, eBay risks losing that confidence.

KnowTechie reached out to eBay for comment. But, at the time of publication, it has not replied. We will update this story if we hear back from them.