Cheating can quickly ruin a game. Remember trying to play Call of Duty 4 years after its release and finding nothing but aim-bots and God-mode players running around? While that is an extreme example, companies are quick to try to thwart cheaters from playing its games, and especially quick to stop YouTubers and streamers from promoting those same hacks.

Take for example the recent news that Epic Games, creator of the hit battle royale game Fortnite, is now suing cheaters who promote those cheats on platforms like YouTube. From the legal filing obtained by TorrentFreak, Colton Conter and Brandon Lucas are both being sued for allegedly using cheat software and injecting it in Fortnite’s code to provide the players with advantages not found in the game.

More about the lawsuits

Not only is the duo being sued for the use of the cheats, but for promoting the services on YouTube channels, as well. Lucas has even taken it a step further, creating a website that sells the cheats and accounts pre-loaded with those same cheats.

Lucas has continued to upload videos on his YouTube channel, even acknowledging (at the time), the Epic Games might sue him. He, of course, plays the role of victim and says he doesn’t understand why nine of his videos were taken down, stating “not only was there no evidence of anything other than a normal Fortnite video, but additionally, I’m confused because there is about 1,000 other content creators on YouTube that make Fortnite content.” 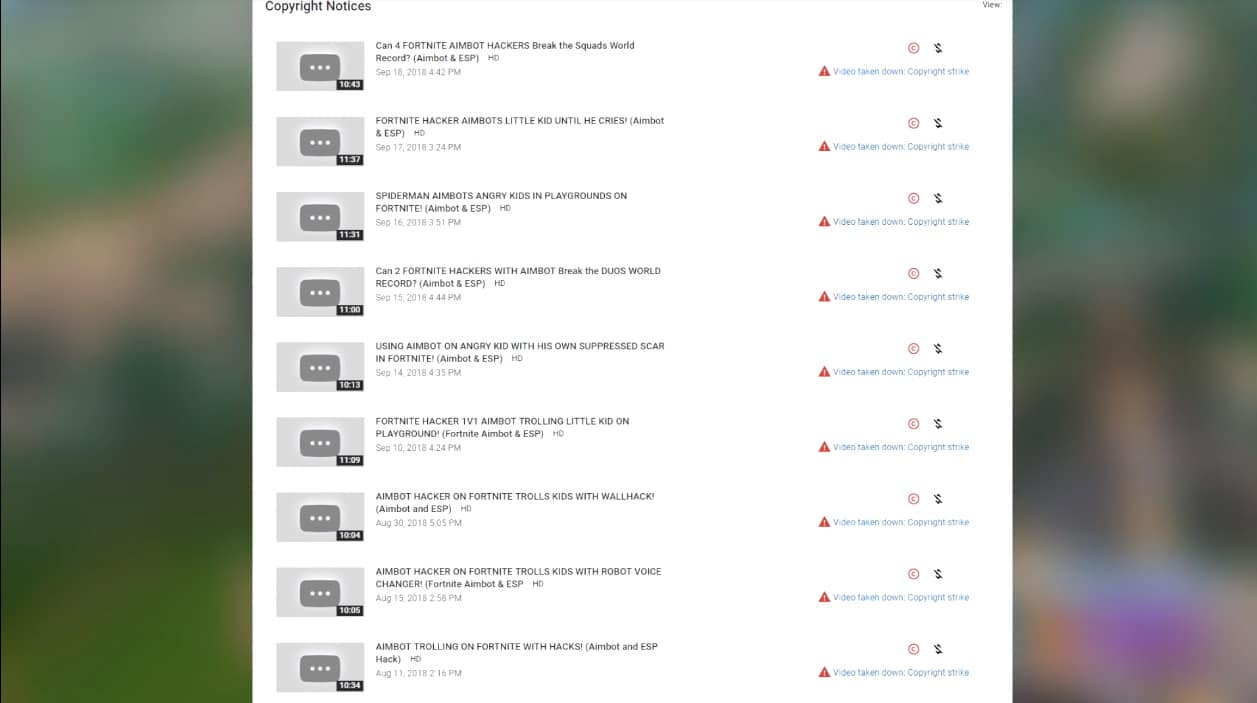 What does Epic want to see happen from the lawsuits?

While Lucas and Conter continue to get banned, make more fake accounts, and repeat the process, Epic Games is seeking legal fees and monetary compensation for damages brought on by the cheats. The company also wants the profits from Lucas’ website to be forfeited.

Time will tell if any this will come to fruition, or if the pair will continue to make videos promoting the services. It looks likely, as Lucas posted yet another video on October 11, the day after the lawsuit was filed.

Fortnite is available for PlayStation 4, Xbox One, PC, Android, and iOS and can be downloaded for free.

What do you think? Is Epic Games right to pursue legal action? Let us know in the comments.