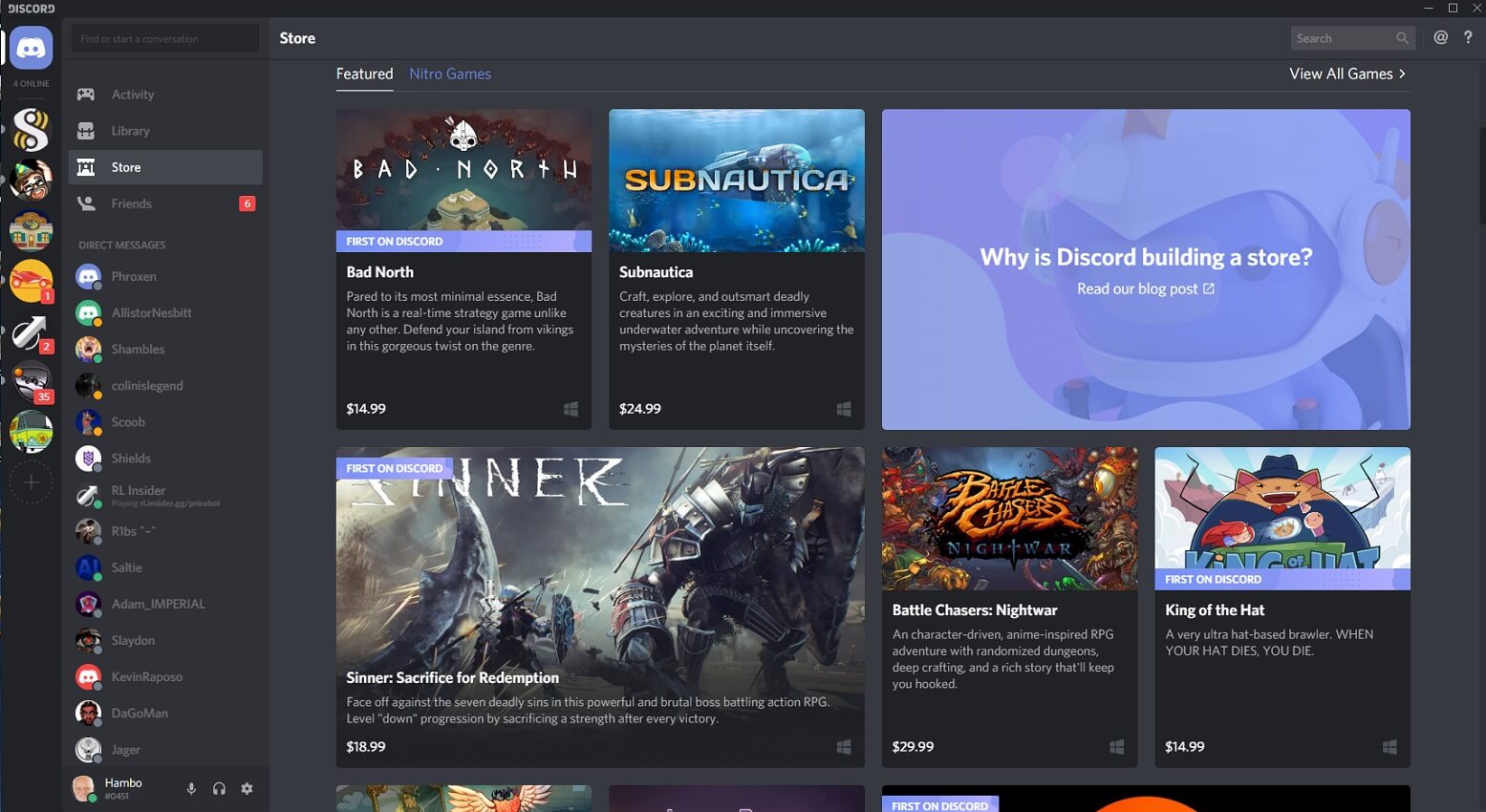 After a limited testing run in Canada, Discord is now making its game store available worldwide. With the service, gamers can purchase select games directly through Discord and add those games to the user’s new Discord library. While the service is technically in beta, everything seems to be working as intended.

Looking through the list of games, there are some good ones, but hopefully, the list will grow as the service ages. Titles like Bad North and Frostpunk are present, as well as the hit title Subnautica, but there is plenty of other options available. Like all platforms, not everything will appeal to everyone, and that is ok.

As Discord’s chief marketing officer, Eros Remini, tells VentureBeat, “We learned that finding quality games is difficult and takes more time than we realized. We finally got to a point where we are happy with the catalog and product experience and are ready to share it with players worldwide.”

In addition to upgraded chat features, Nitro members ($9.99/month) will now have access to an evergrowing list of games that can be played. With approximately 120 games to choose from at launch, there is plenty to play. Some of the more notable titles include Limbo, Hollow Knight, and the previously mentioned Subnautica and Frostpunk titles.

With Discord being the go-to for many gamers, this move makes a lot of sense. PC gamers are already in Discord constantly, partying up, trading, and just generally chatting, so why not give them a place to purchase games and get a nice, recurring subscription service while they’re at it.

At present, I wouldn’t spend the monthly fee on Nitro, but as the games list grows, it is definitely a possibility. 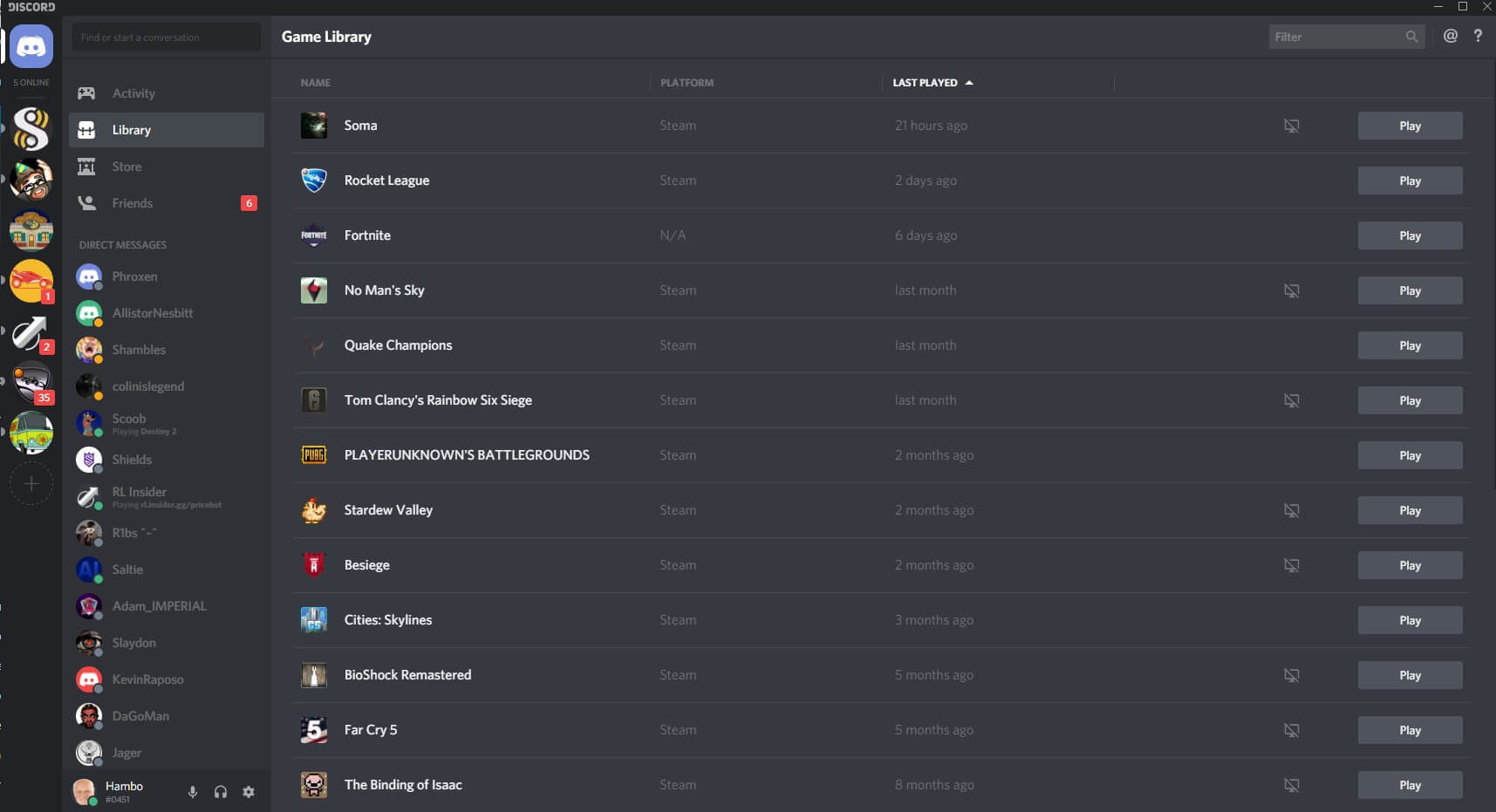 Possibly my favorite part of the new update, the new Discord Library lets you easily import and add titles directly to your Discord. Not only can this give you a good way to keep up with what you are playing, but you can also launch the games directly from the app. It’s not a huge feature, but most certainly a convenient one.

You’re already in Discord to party up, might as well launch the game from the same application.

There seem to be some issues with importing, as my Blizzard and Origin games haven’t transferred, but it is a minor roadblock, as I’m sure it will be addressed before the update comes out of beta. It also has some issues, as there have definitely been games played through Steam that are not showing up on my personal list, but it’s a minor quip that will probably be addressed soon.

What do you think of the new features? Is it something you will use? Let us know below.