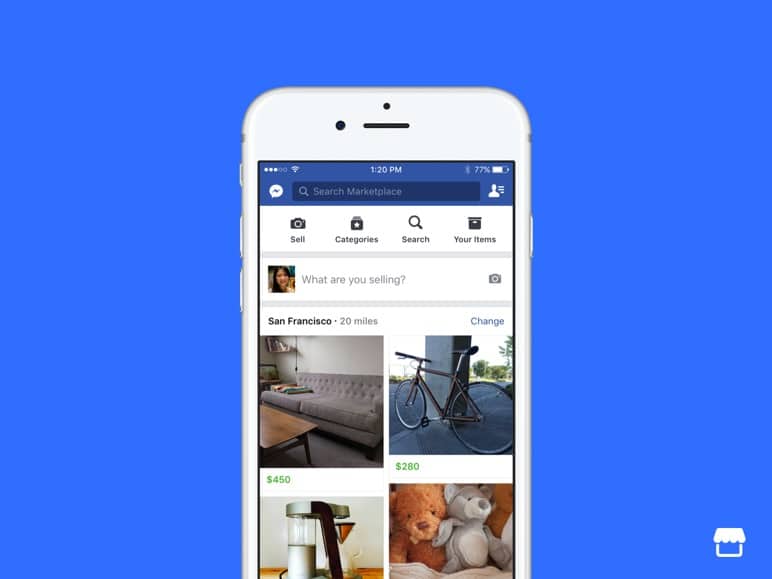 Watch out Craigslist, there´s a new buy and sell service in town. Like if there weren´t already enough of these services, you have one more to choose from, but this one tells you a lot more about the seller thanks to their Facebook profile.

In a way, you have already been using this service though buy and sell groups, but now the official place to buy and sell things is Facebook Marketplace. Facebook couldn´t let the chance of not having an official buy and sell service for their more than 450 million buyers and sellers.

To use Facebook Marketplace, you will need to use your smartphone since for the time being; it´s not available on the desktop version of Facebook. If it becomes popular, then Facebook would make the plans for it to roll out to the desktop version, but time will tell if that ever happens. When you open the Facebook app, tap on the shop icon that is right in the middle and search for things you want but don’t necessarily need.

When you open Facebook Marketplace, you will see a page of what Facebook thinks you will like based on things you have liked, viewed or bought in the past. If you open up the app and don´t see the shop icon, don´t panic, for now, it´s only available in the UK, US, New Zealand and Australia with more countries coming soon.

To find what you are looking for, you have the built-in search engine to look for something specific or you can look through the different categories such as Electronics, Household, and Apparel. By using the location tool, you can adjust your region and that way, finding things near you will be a whole lot easier. 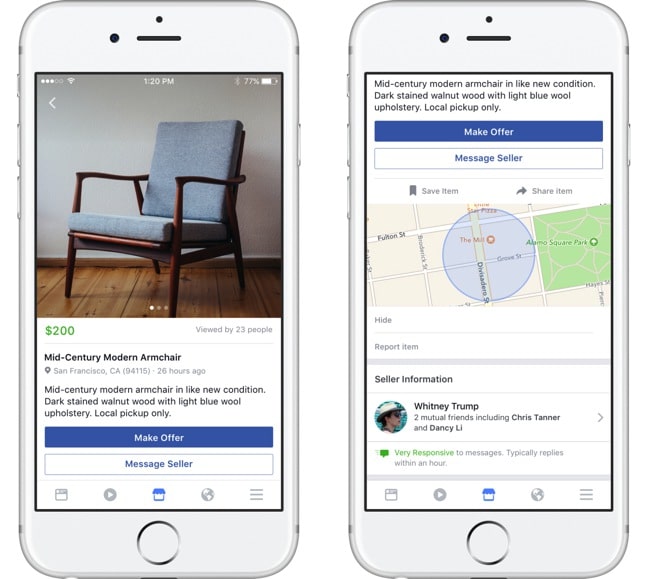 Did you finally find what you were looking for? If so, tap on the image to get more information such as the product description, the profile, location, and name of the seller. If you see an item you like but aren’t sure if you want to buy just yet, you can always save it for later.

Keep in mind that if you find something you want to buy and you decide to message the seller, Facebook is not responsible for what happens after. You and the seller have to decide how the payment is going to be made, where you´re going to meet, Etc.So, in other words, be very careful where you meet and at what time. Always try to have someone go with and not go alone.

Do you have something you want to sell? Facebook Market has made it very easy for you to sell whatever it is you´re ready to part ways with. First, take a picture of whatever it is you´re selling or add it to your camera roll. Give your item, a name, price, and description. You´ll also need to put it into a category and confirm your location. Once you´re done with that, post it, and you´re done! As you can see in the image above, I’m selling bananas, any takers?

If you were already selling things before Facebook Marketplace came along, you´re probably used to that system of things. You´ll be happy to know that when you post something to sell, you can post it to Marketplace and the buy and sell groups you´re used to using.

For now, there is no way to rate the other person as a buyer or a seller, so other can know the type of person they are dealing with. Hopefully, that will be something Facebook will be adding soon, and users can complain about the seller trying to raise the price at the last minute or that the item was in worse condition that in the picture. Something they are working on is adding a Shopping tab so you can also buy things from traditional retailers.

Time will tell how this works out for Facebook, this time, around since this isn´t the first time they have tried something like this. Back in 2007 it also created a type of Marketplace that it ended up passing over to Oodle and then it was shut down for good in 2014. I think Facebook Market has a chance since you don´t have to download an extra app or have to type in any URL to get to a particular buy and sell site. Most of us are already on Facebook anyway.

Now that Facebook has its official buy and sell service, it’s up to them to keep things legal and to add features that will make the entire process easier and safer, don’t you think?. Have you tried to buy or sell anything on Facebook Marketplace? If so, share your experience or just tell us what you think of it in the comments.

I can never get enough of tech in general, whether it's Android or web apps, but helping others solve their tech problems also brings great satisfaction. I carry a device wherever I go, and I'm always connected. Life without the Internet just sounds too scary to me.