Why the Facebook Unfriending Cleanse is a bad idea 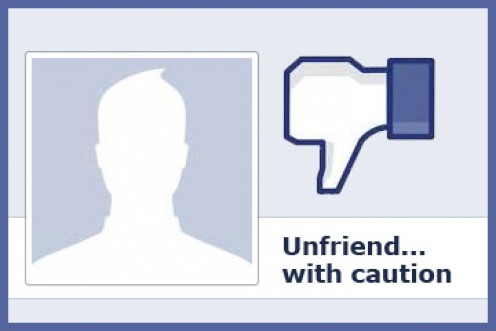 Do you really need to go there?

Ever look at your Facebook feed and ask yourself, who the f*** are these people? And, no matter how many friends you have on Facebook, there’s always a group of people who post the stupidest shit on a constant basis (I admit, I’m a habitual offender).

Before long, you’ll inevitably read an announcement to the world that one of your “friends” is “fed up” or “sick of it,” and they’re going to unfriend all those who do not quality as their real “friends.” And then you have the Facebook pro who takes it a little further and posts: “anyone who doesn’t like this post isn’t a real friend, and you’re going to be deleted.”

Therein lies the question: Is it time for a Facebook cleanse?

1. You may come off as a major douche.

I remember a while back, I offended some EDM fanboy and one of my “friends” unfriended me, probably because of my comment. Well, that’s what I tell myself. One day I needed to reach out to him, and went to search for him as I would any friend. I searched and found that he was at the bottom of my search results, meaning something was off. Went to his page, noticed we weren’t friends anymore. My reaction: “what the f? That motherfer!” (Yes, I can be a tad dramatic at times.)

Think of how awkward it would be if we bumped into each other on the street.

2. You’re cutting someone off who you might need in the future – and their connections, also.

As mentioned in my story above, I needed to reach out to this guy to connect him with a friend, but unfortunately our digital friendship was disconnected. Remember: If you have a large number of friends on Facebook, you extend into other people’s networks that could prove to be useful in the future.

3. There’s a much better solution to unfriending friends that’s quick and simple.

Facebook allows you make a “Close Friends List.” This lets you make a list of people who you only want to see posts from. Don’t worry, you can still see the senseless clutter from the rest of the knuckle draggers on your feed by selecting the “Regular News Feed” tab.

In my opinion, this is the best way to go. There have been many times I’ve overheard conversations of people declaring Facebook war over a simple thing like unfriending someone on a social media network.

A friend once relayed this saying: 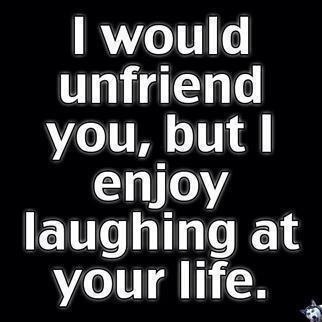 Come on people, it’s not that serious.