Want to earn some “free” V-Bucks? Fortnite’s Save the World is 50% off 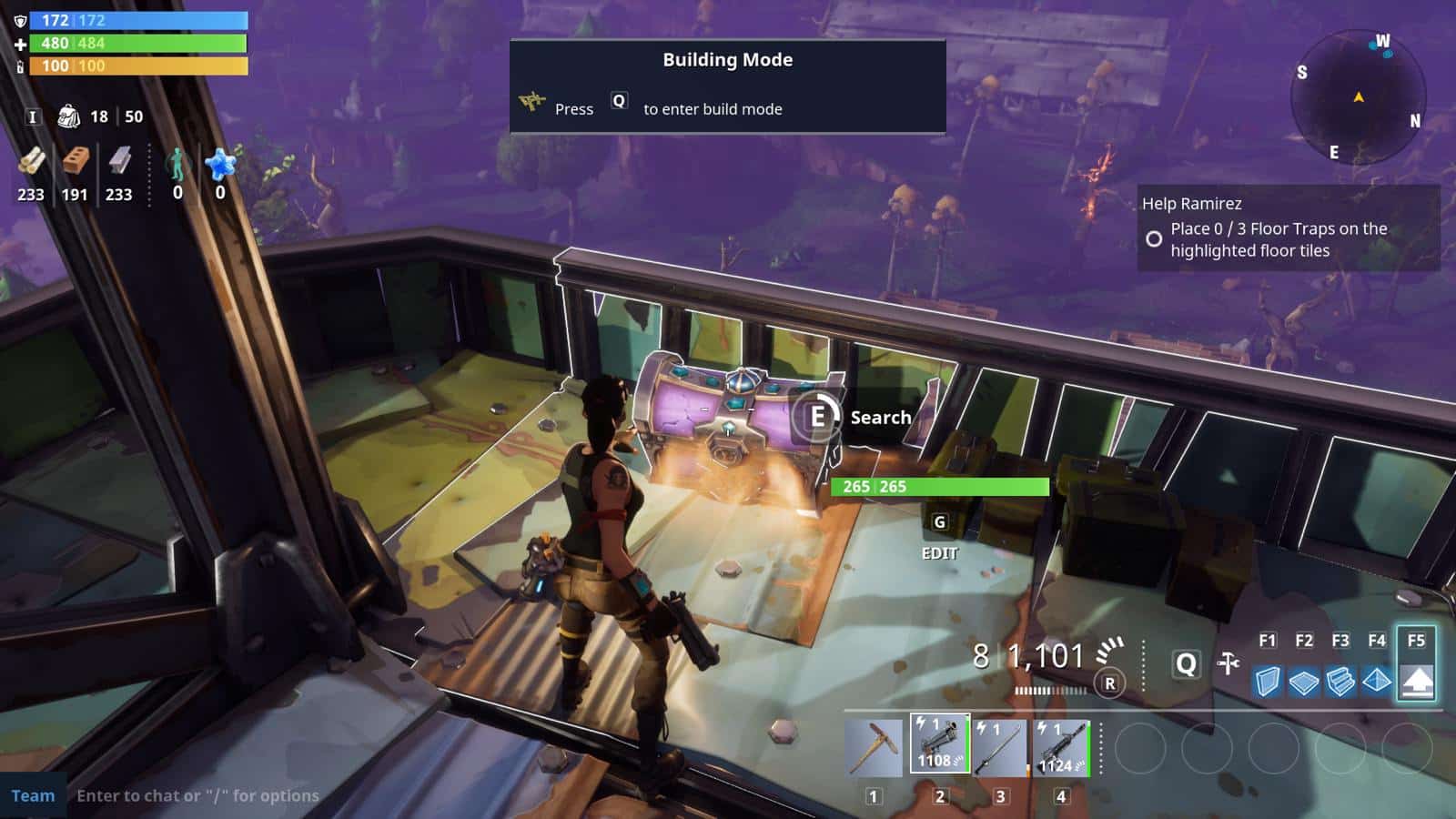 At this point and time, people may have forgotten that Fortnite Battle Royale is a spin-off of the OG Fortnite mode, Save the World, which was the originally advertised game. In it, you play as specific characters (with actual voice actors) and you try to solve the mystery of why a storm appeared that wiped out 98% of the world’s population.

It’s pretty neat and there’s actually a lot of gameplay to be had in it that doesn’t involve jumping out of a flying bus and running around a map until a Twitch streamer with blue hair kills you with a shotgun. However, that really isn’t what many people play it for, they play it because there are V-Bucks to be had.

Yes, it’s true! Save the World does have a habit of throwing V-bucks at you for very trivial reasons. Through daily log-ins, you can earn anywhere from 50 to 10,000 V-Bucks through the Save the World mode and there’s more to be earned through the game and the challenges it gives you daily. We’re talking at least 350 V-Bucks a week with a little effort, which means you’ll be ready to buy Skull Trooper this Halloween without having to buy anything outright if you start working now.

Fortnite’s Save the World mode is normally $39.99 and the subsequent special edition is $59.99. The 50% discount brings the total to $19.99 and $29.99, respectively. The special edition includes some extra weapons, starter characters, and additional inventory slots and loot packs.  That’s important to note because there’s a good bit of motivation to throw a little V-bucks at pinatas here and there for some shiny stuff in-game.

I’m nowhere well-versed enough in Save the World to give any sort of official review on it, but for $19.99 as a jump on point, there’s worse things you can spend your money on. Like 2000 V-bucks, for example. I’ve enjoyed what I’ve played so far and it’s been a relatively stress-free experience to play with my son. I’d recommend checking it out. Just remember that the sale only goes from now until July 30, and it has been nearly a year since the last sale, so no excuses.

Plan on picking up the Save the World portion of the game while it is on sale? Let us know in the comments.