Here are your free Twitch Prime games in November 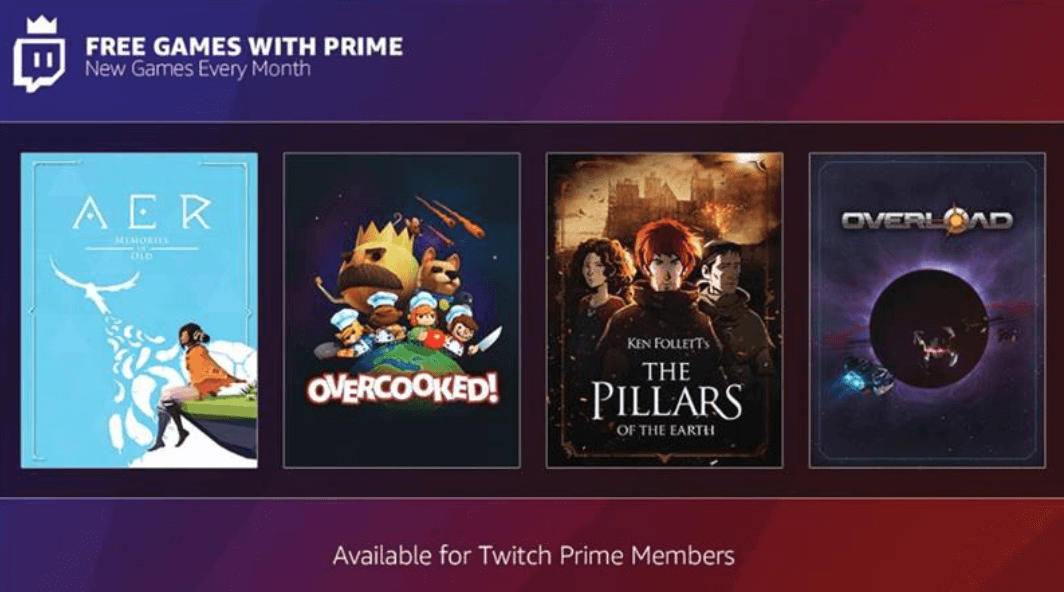 You know, if you just kept subscriptions for PlayStation Plus and Xbox One active you could have a decent library of games to play each month without having to spend a dime, but Twitch wanted to get in on the action, as well, so here we are – announcing the free Twitch Prime games for November.

Personally, Twitch Prime games haven’t quite reached the desirability of the other free offerings, but that doesn’t mean there isn’t something here for you. Check them out below.

Overcooked – Overcooked is a couch-op title for one to four players that has you working as a team to prepare, cook, and serve a variety of tasty dishes to demanding patrons.

AER: Memories of Old – Featuring a unique art style, AER: Memories of Old has you play as one of the last shapeshifters (you can transform from human to bird) as you are sent on a pilgrimage to the Land of Gods. Featuring unique puzzles and problems, you have been tasked to save reality itself, nbd.

Overload – A sci-fi first-person title, Overload is a ” 6-degree-of-freedom shooter.” Featuring some heavy 90s nostalgia, fly your ship around to destroy robots, rescue hostages, and blow up reactors.

To download the games, first, you must have Amazon Prime to take advantage of the free games through Twitch. Next, head to this link and select the free games you’d like to download. From there, follow the prompts given.

What games are you interested in this month? Let us know in the comments below.