Behold the new face of fear. 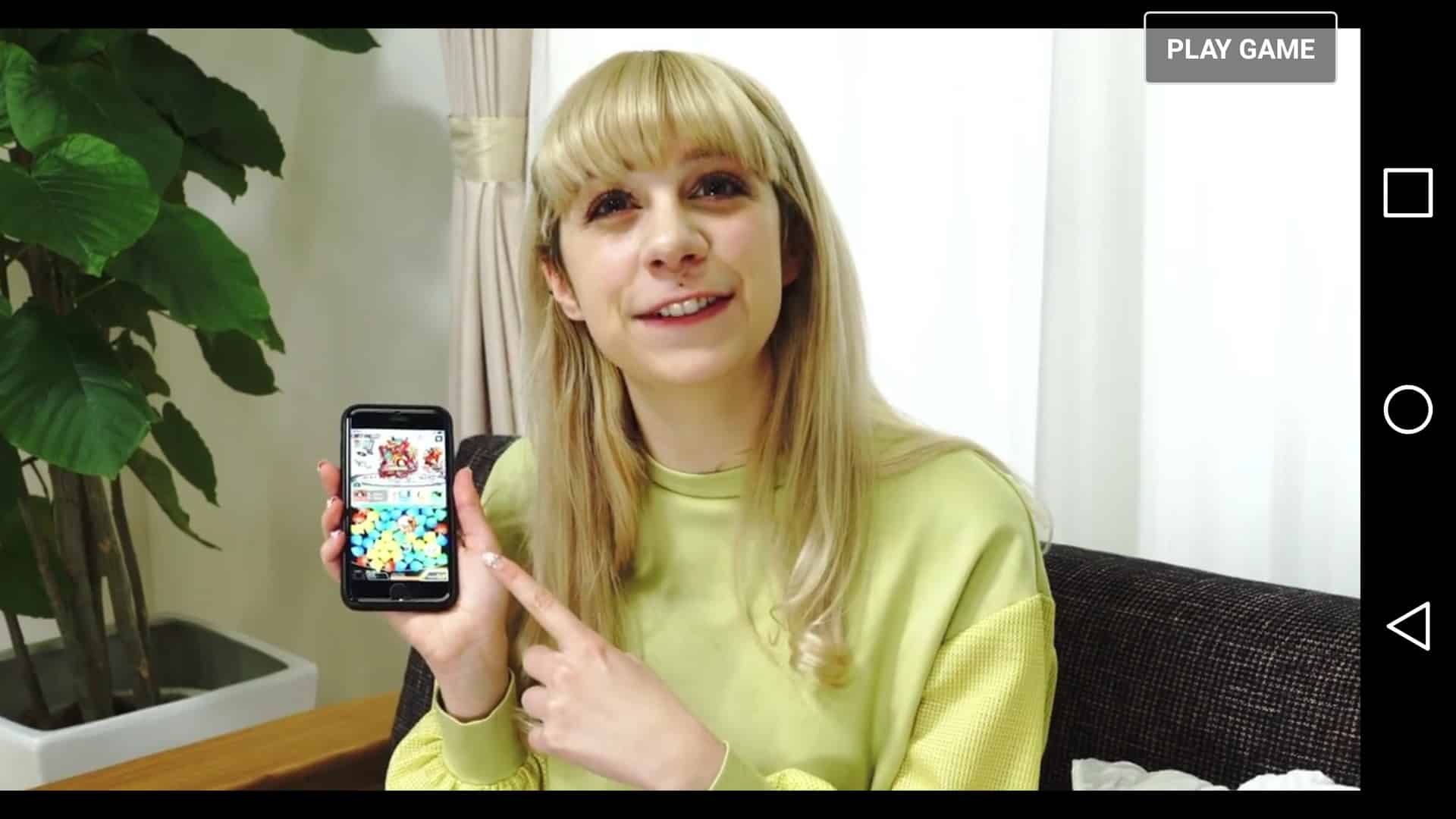 I’ve found myself playing more mobile games than anything on any of my consoles or my PC. Because of this, it’s not odd to see targeted ads when I go on Facebook that attempt to convince me to check out some other mobile game. One that caught my eye recently was Crash Fever. This wasn’t because Crash Fever looked fun or interesting but because of the dead-eyed girl that flails around in feigned excitement like she’s being held at gunpoint. This girl seems to be an attempt at showing how exciting Crash Fever can be, but honestly, I’m too scared that downloading the app is how she eats your soul.

Seriously, look at this face. She’s the human embodiment of running something through google translate a few times. 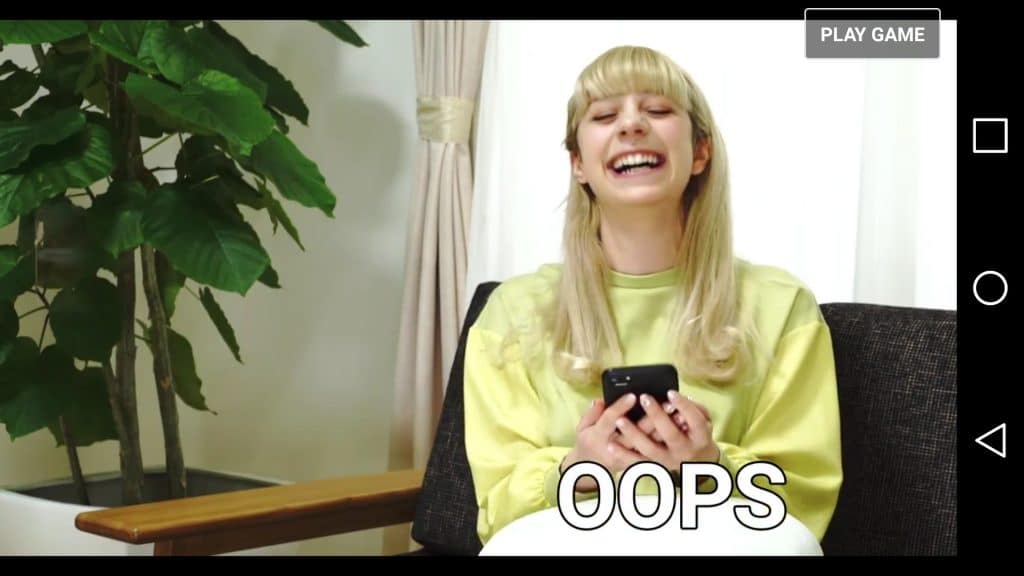 This isn’t the look of a happy person. This is the look of someone with nothing left to lose.

If you haven’t seen the ads I am speaking about and these horrific screenshots from my phone aren’t familiar at all, I’ll run you through both of these abominations. In the first ad, there’s some text that comes up over a phone that is playing Crash Fever. The automation then appears and expresses her excitement on the game. Then, she starts repeating the phrase “support me, support me, support me” which I can still hear when I lay down to sleep at night. The ad then goes and shows someone poorly press on the colored shapes on the screen and she says she didn’t do well. She expresses that next time she’ll do better and then says it is our turn.

She knows you are watching. God help us all. 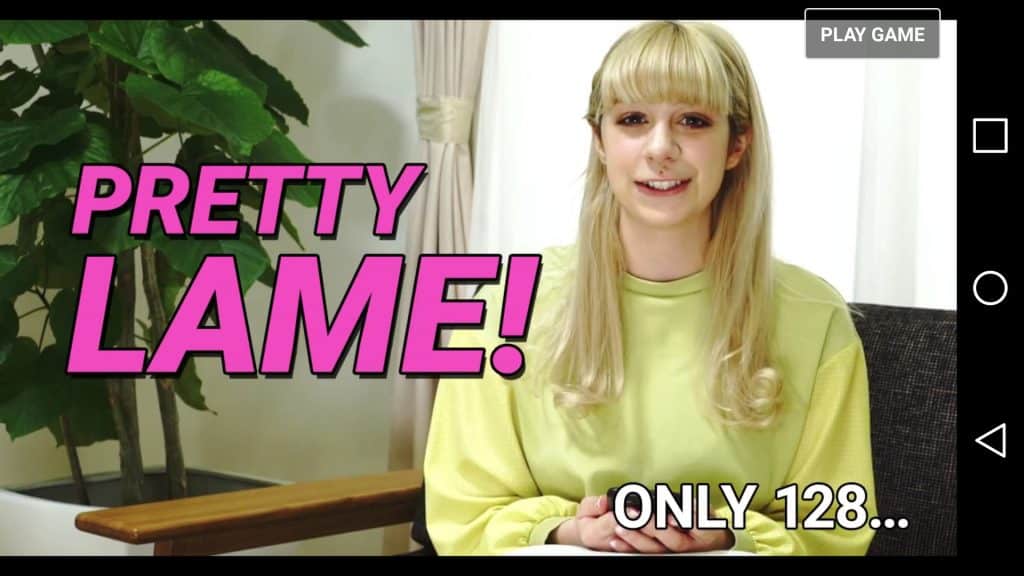 Final Fantasy Brave Exvius, save me.

In the second video, the girl seems to be puzzled and expresses that she’s stuck. Actually, she says “I’ve been on this uhboss forever.” Then she realizes that she has an ability and tons of text pops on the screen in hopes of the ability being a good one. A chain reaction happens and the game audio is louder than her unenthusiastic yelling while stupid text flashes on the screen. It’s so weird because she’s talking over the sound effects and the whole video fades to black. The machine-gun sounds and her screams send a chill down my spine. This is how I die. 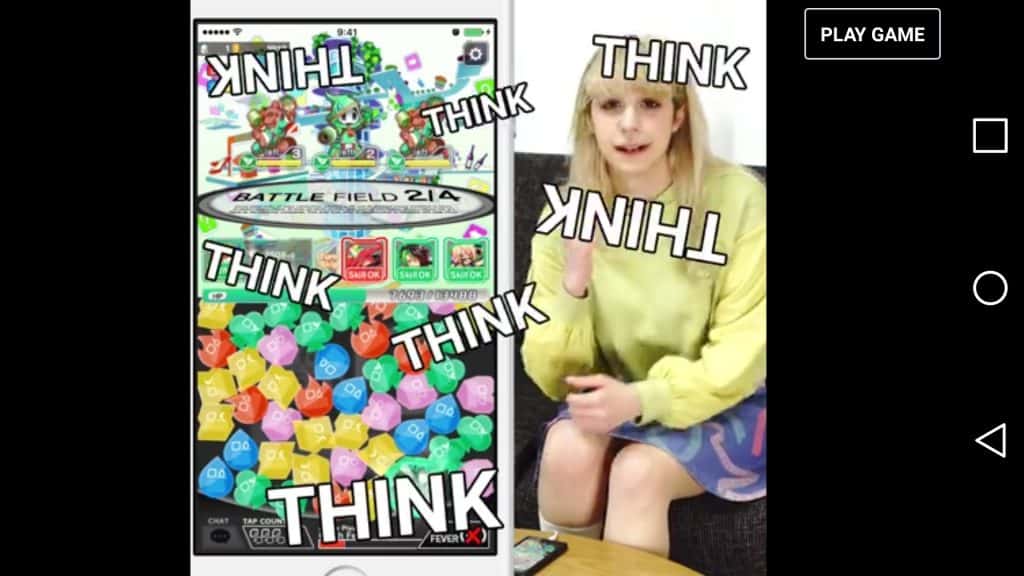 Oddly enough, I tried capturing this at different resolutions and it still looked horrible.

Initially, I write this off as a foreign girl that they are trying to pass off as an Americanized girl. Her odd choice of fashion though looks like she was plucked from the set of Saved By The Bell. In fact, with her tired and sunken eyes and her lethargic movements paired with the somewhat nervous glancing off-camera. Part of me is really concerned for this girl and I hope she is OK. I mean, it’s entirely possible that there’s something nefarious about I girl that isn’t featured in any ads on the official Crash Fever Facebook page, or anywhere else other than a few odd ads that popped up recently. 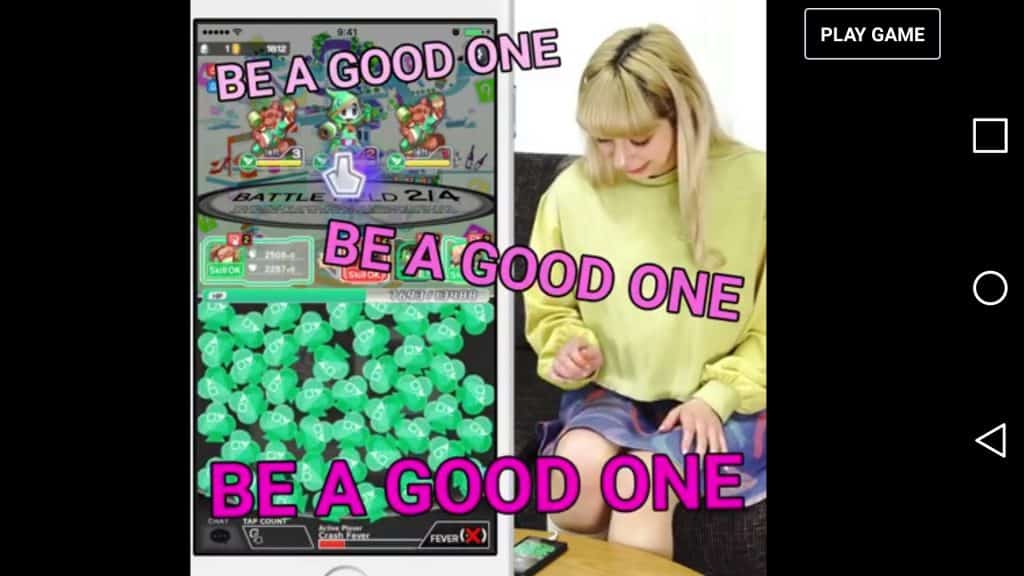 I’ve seen other ads from Crash Fever that advertise that the women you get as characters become bustier and wear skimpier outfits. It’s clear that there’s a market that they hope to reach with these ads. Does the “homely-girl” demographic pair up with the “busty waifu” demographic or is this attempt to divide and conquer?

I’ll leave your all with this, it may be mean but there’s no way that you can’t look at this pictures and not think there’s something off. It’s not straightforward and I wasn’t able to immediately put my finger on it, but if they expect this girl to go toe to toe with Arnold Schwarzenegger and Kate Upton when it comes to mobile game ads… Well, those two will sadly never stand a chance against the Eater of Worlds.

Crash Fever, you are mad scary. 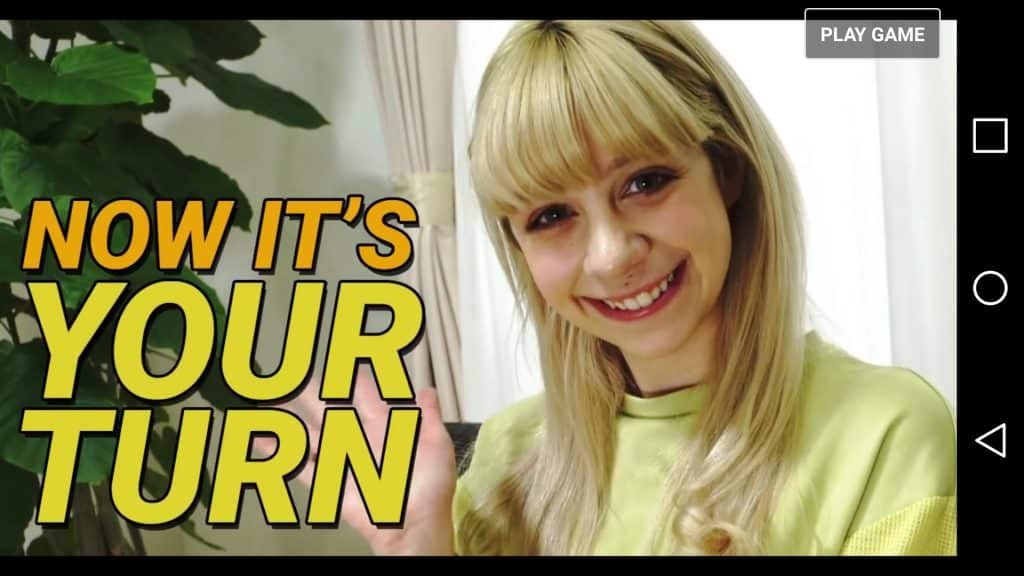