Google knows Incognito Mode is deceptive for its users

It doesn’t keep you safe, you need a VPN for that. 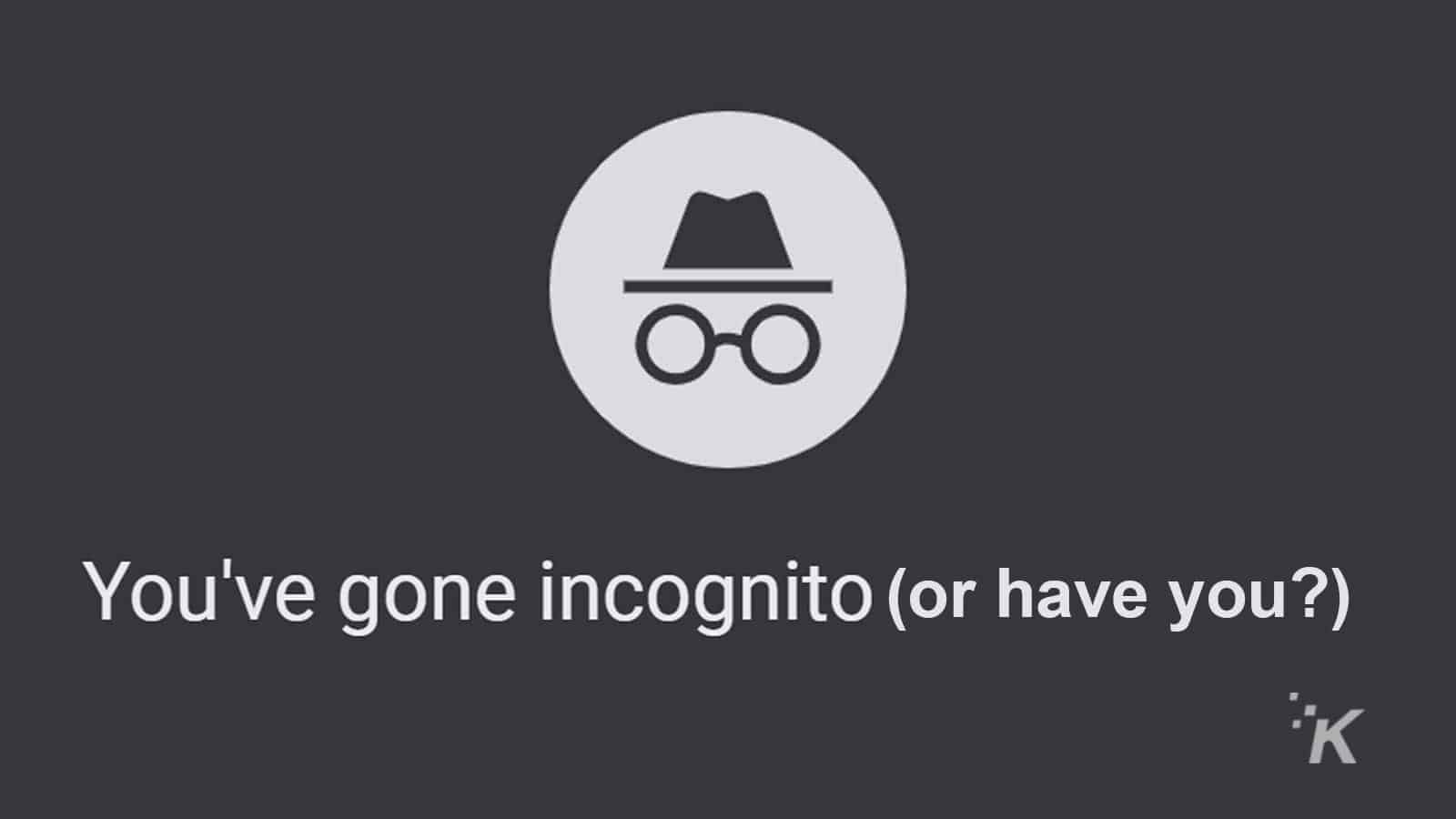 If you’ve been thinking Incognito Mode in Google Chrome keeps your browsing safe, prepare for a shock. It doesn’t, and Google knows it.

The feature does keep your browsing history safe from other people who use your physical device.

That means your browsing history and on-device cookies from the Incognito session don’t exist once you close the browser.

That doesn’t stop Google, any of the websites you visit, Facebook, or anyone else from using tracking cookies to know what you’ve been up to.

And the kicker? Google knows that Incognito Mode lulls users into a false sense of security.

This is the screen you see when you open a new tab in Incognito Mode in Google’s Chrome browser.

Note that nowhere does it say that Google might be tracking your online activity in this mode while being clear that websites, your employer or school, or your internet service provider might.

In 2020, Google was sued in a potential class-action lawsuit. The lawsuit’s central claim is that Google still tracks browsing data, even in Incognito Mode.

Google knows this, as documents used in the court filings show (via Bloomberg).

The case, Brown v. Google LLC, 20-3664, had a hearing on Tuesday to see if the tens of millions of Incognito Mode users could be grouped into a class-action lawsuit.

If the District Judge decides they can, statutory damages could be between $100 and $1,000 per violation — which would be an astronomical amount of money.

We’ll bring you the hearing results as soon as we find out.