Meet Hexa, the drone that carries people like a helicopter

Hexa seats one person and can fly for up to 15 minutes at a time. 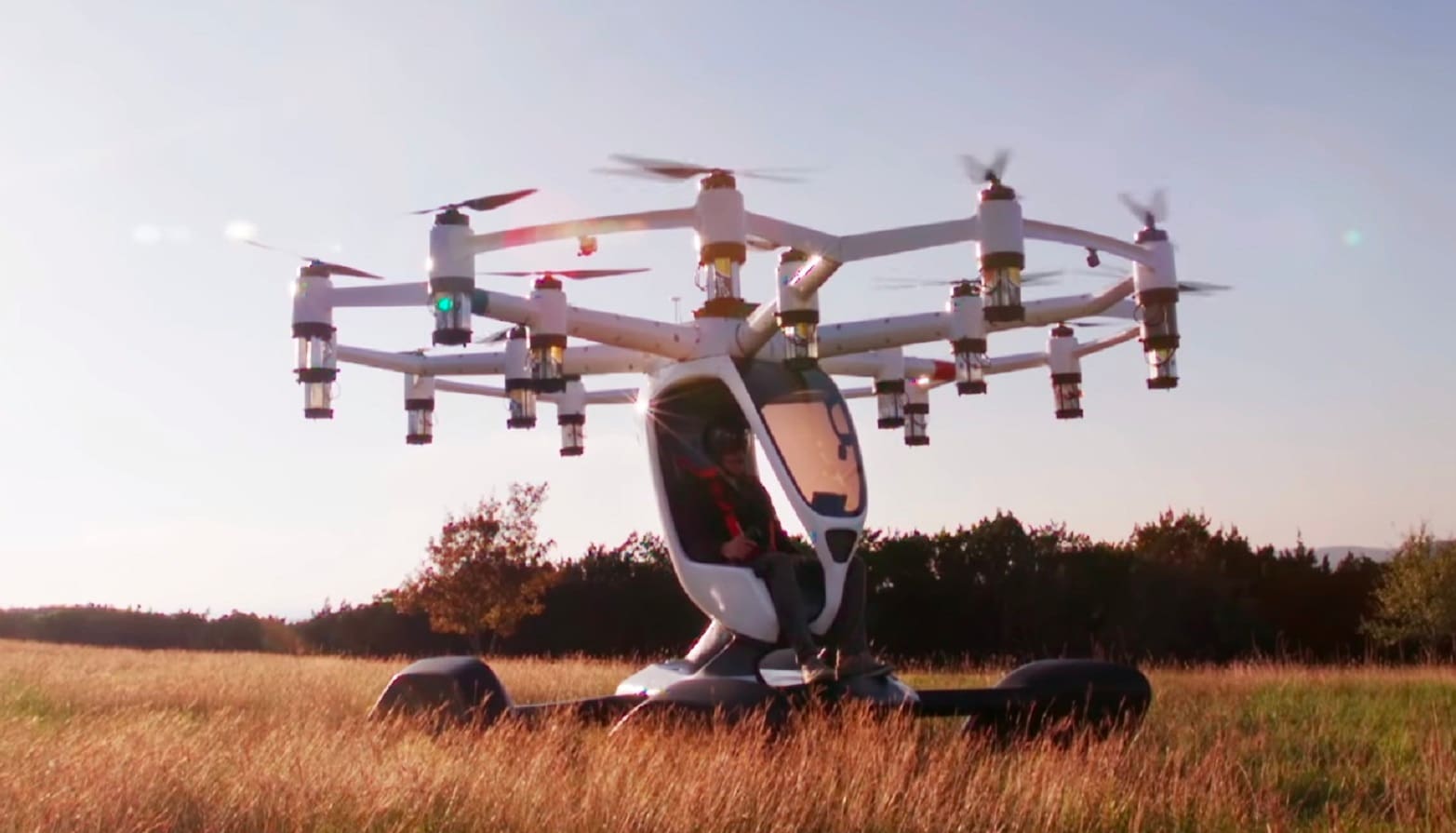 With drones getting more powerful and effective, it would just be a matter of time until someone thought of using these gadgets to actually hold and transport people so that each one of us can get on it and fly anywhere we want.

While this is not a reality yet, it is closer than ever as Hexa clearly shows. This personal electric flying machine built by LIFT Aircraft looks like a giant drone (or a small helicopter, if you prefer), and brings a very good preview of what a world with human-transporting drones may look like.

Hexa seats one person and can fly for up to 15 minutes at a time. The good thing is that this electric vertical takeoff and landing aircraft does not require any piloting license to be operated, as any user over 18, up to 6’5″ (1.96 cm) and less than 250 pounds (113.4 kg) can do it.

In fact, this is a semi-automatic aircraft, meaning the user does not have to control the flying, similar to auto-pilot in a helicopter. With Hexa, the user maneuvers a joystick to provide input, but it is the built-in flight computers that stabilize and actually move the aircraft.

Some of the safety measures of Hexa are the fact that it only flies within limits established in the flight computers and it will automatically land safely as soon as its battery runs out, just like a regular drone.

In addition, even though it features 18 motors, it can still work with only six. If things go south, there is a ballistic parachute ready to be deployed, and the aircraft includes five floaters in case of an emergency landing on water.

Hexa will not be available to the public, as it is targeted at the entertainment and tourist attraction businesses, and its price is undisclosed at this time.

What do you think of the Hexa drone? Let us know down below in the comments or carry the discussion over to our Twitter or Facebook.