Instagram has been internally testing Direct messaging for the web 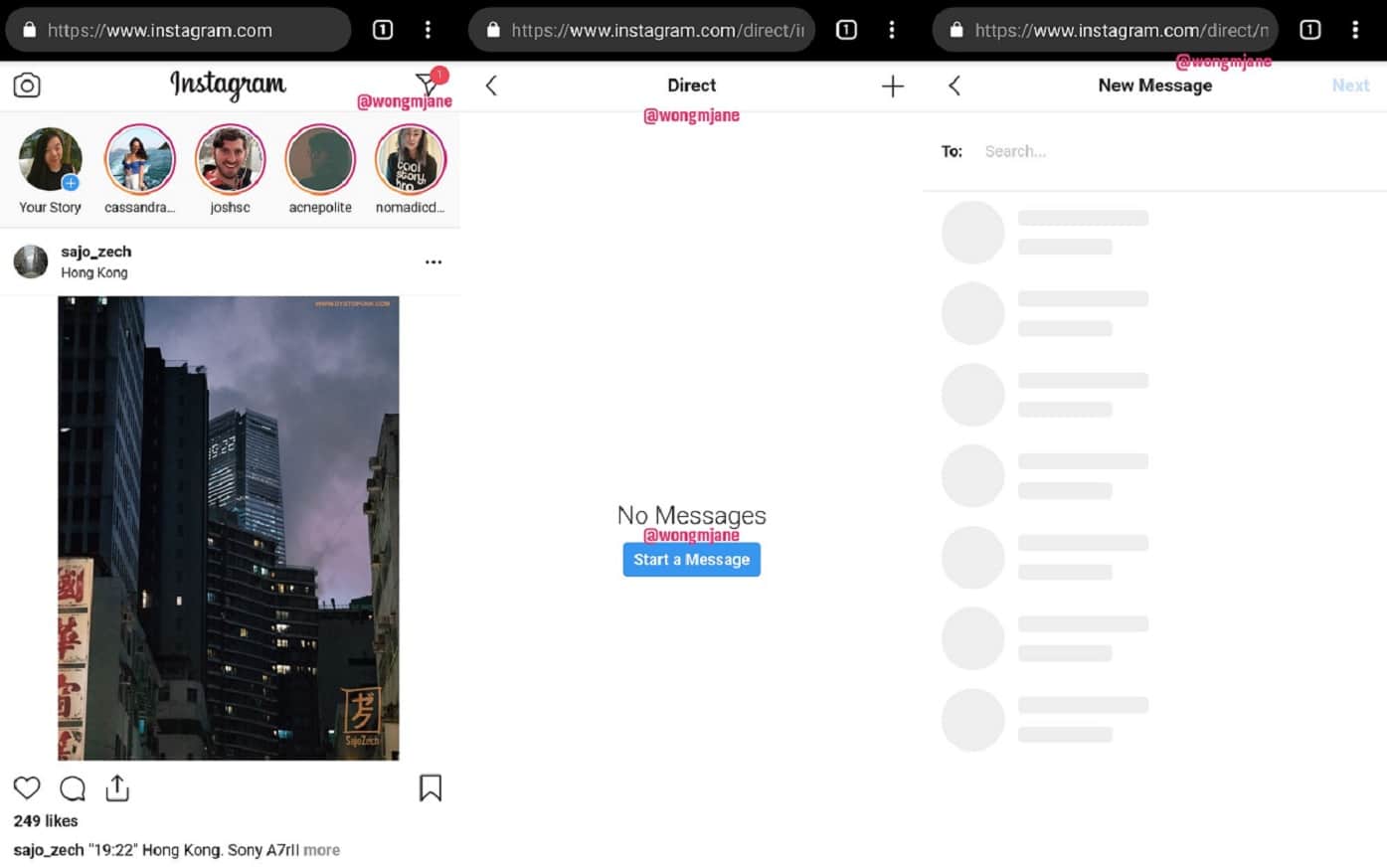 If you’re one of the hordes of Millenials that have taken over Instagram as their social media app of choice, this tidbit of beta testing will spark joy. Instagram is testing Instagram Direct messaging for web. That means you won’t need to drain your battery life trading emojis through Insta’s chat feature, giving you more juice for taking snaps of your food while it goes cold.

This is one of the features I’ve wanted for forever. I hate fragmented functionality, it’s bad enough that I can’t upload to Instagram from the web, but to not be able to reply to messages? Unforgivable, especially when all of Facebook’s other owned social media platforms have web messaging. This might be the killer feature to keep users on the platform, giving them a viable option to ditch Messenger and it’s spying ways, and WhatsApp and its dated interface.

Currently, only staff are testing the feature

It’s no surprise to me that reverse-engineering wunderkind Jane Manchun Wong was the one to find that web messaging was being tested internally at Instagram. That means only staff are currently “dogfooding” the feature, as it’s likely a large change that could introduce multiple bugs. She managed to get at the feature both on desktop and mobile browsers, with the Direct icon being in the top-right corner to keep the UI similar to the mobile apps.

Instagram's Direct on Web will also be available on desktop pic.twitter.com/Y3iTIdDwKV

This could be part of Facebook’s push to unify the messaging backend for Messenger, WhatsApp, and Instagram Direct, bringing with it better encryption and the possibility of cross-app chat. Privacy issues notwithstanding, I’d love this. My family all use Messenger or WhatsApp for messaging but I’d much rather just keep my beloved Instagram app if I could chat with them there.

With Instagram’s web UI feeling like an afterthought to let users browse through their feed, it’s about time that it was brought up to speed. Who knows, maybe the option to upload images from the web will come in a future update.

What do you think? Will you use the feature if it is made available? Let us know down below in the comments or carry the discussion over to our Twitter or Facebook.