The wireless TV is coming sometime later this year. 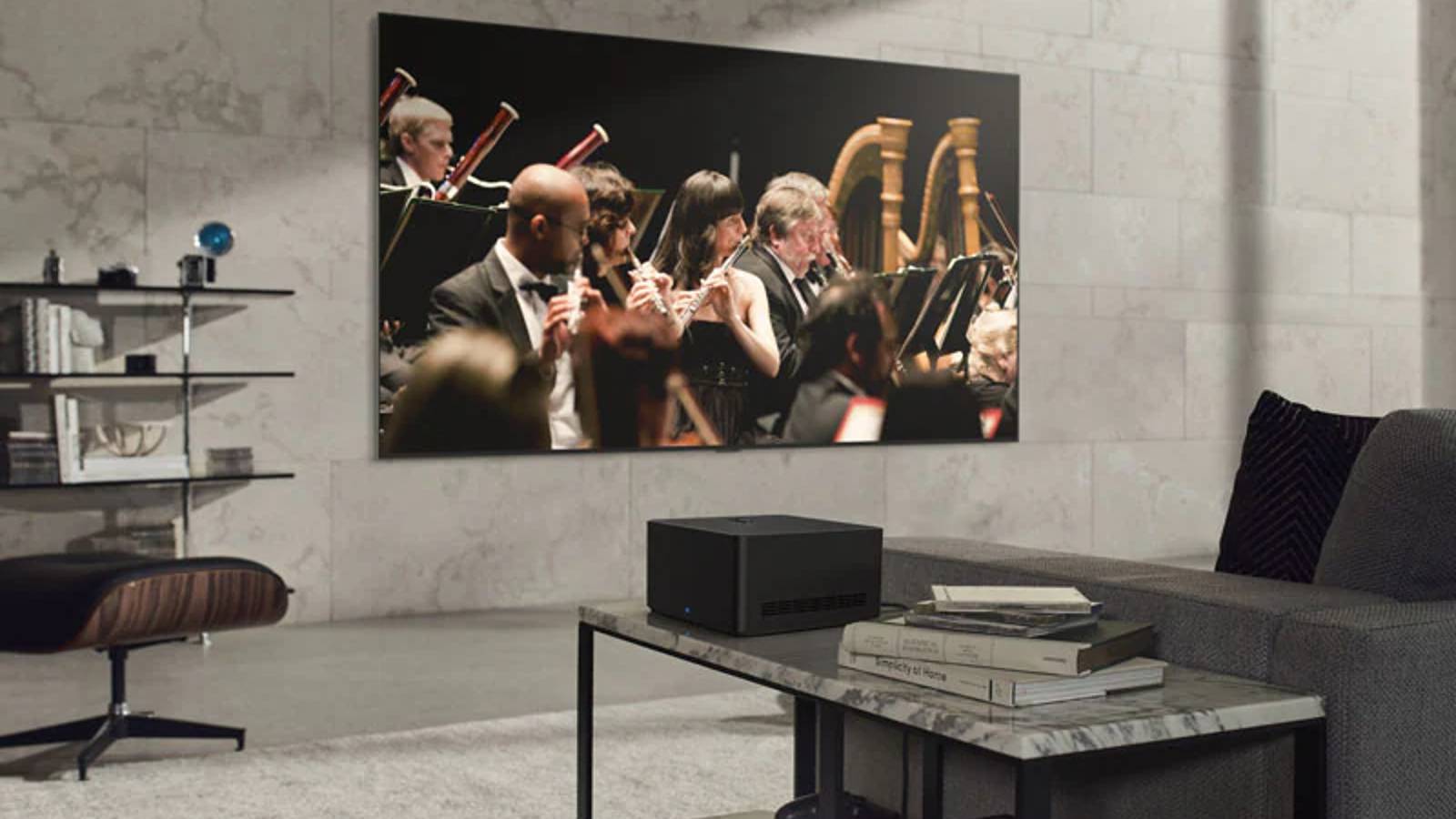 We’ve seen our fair share of massive TVs in recent years, but LG is taking things a step further with its huge 97-inch wireless OLED TV.

Yep, you read that correctly. At CES earlier this week, LG revealed its latest TV, a behemoth that’s size isn’t the most impressive feature.

The wireless transmitter box is where all the ports and connections are held. It features three HDMI ports capable of 4K resolution at up to 120Hz. There are also USB and antenna inputs in case you go that route.

The transmitter can sit anywhere within 30 feet of the TV for a seamless, wireless transmission. There’s a small, adjustable antenna on top of the box that you can direct toward the TV for the best signal.

Several people saw LG’s wireless TV in action at CES this week, and most are impressed by the wireless transmission. The signal remains solid thanks to LG’s proprietary technologies and algorithms.

One question some people have is the effect on wireless transmission and gaming. LG says it hasn’t tested gaming latency yet, but it’s confident that the gaming experience will be enjoyable.

LG is launching the wireless OLED TV sometime later in the year. The company hasn’t shared any pricing information, but expect a hefty price tag.

New technologies like this on TVs tend to break the bank until there’s more competition in the market.