“You merely adopted the dark; I was born in it, molded by it.” 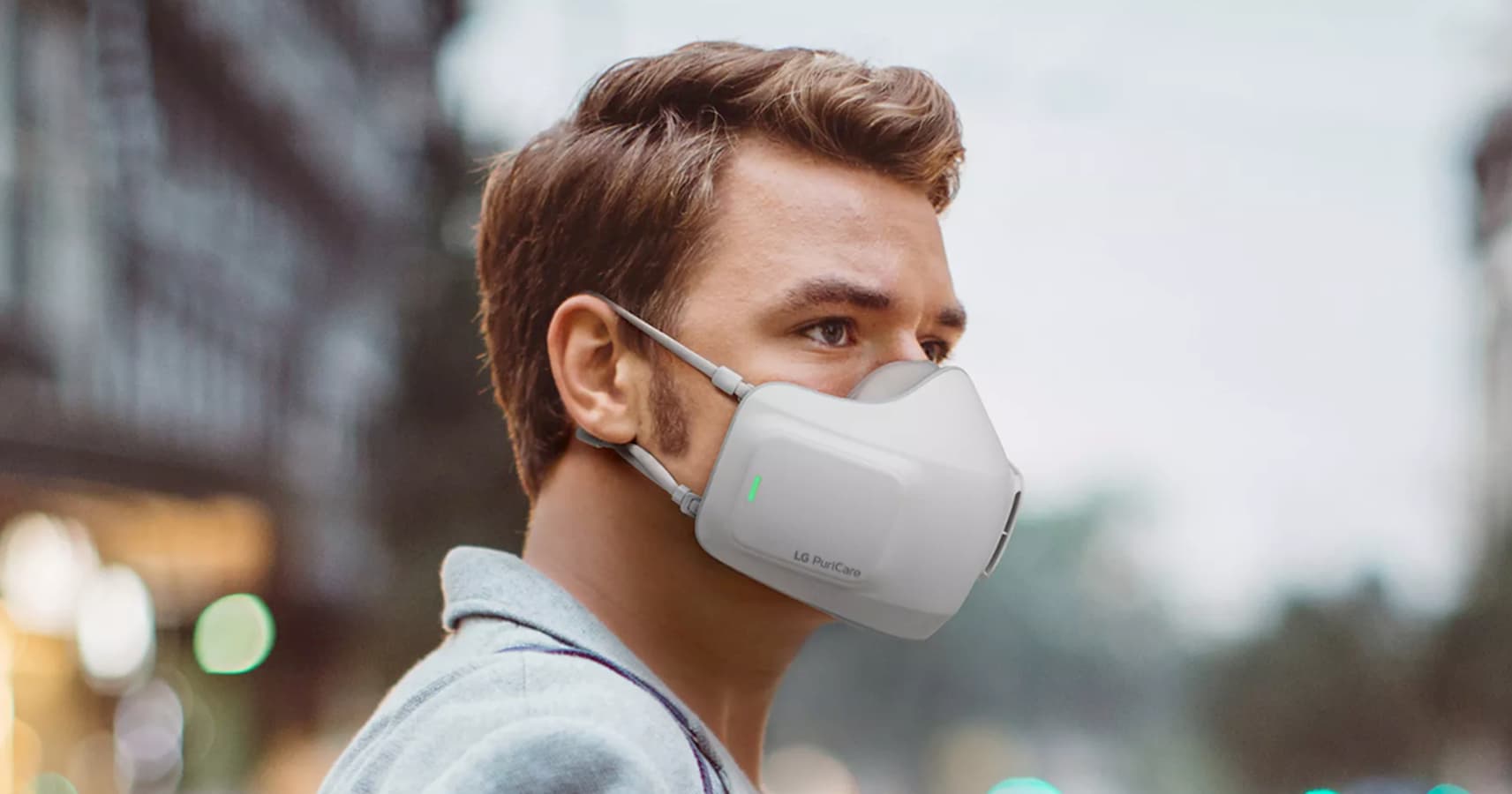 LG is now in the business of selling personal air purifiers you strap onto your face. The company revealed its new PuriCare™ Wearable Air Purifier on Thursday that features battery-powered fans that help you breathe. It can even tell if you’re breathing in or out, which adjusts the fans’ speeds. Totally normal stuff here.

LG really thinks they have something here, praising the device as a “new category of wearable air purifier technology” thanks to its two H13 HEPA filters, which protects users from breathing in hazardous particles. It also features an 820mAh battery that provides power to the fans with claims of eight hours of battery life when used in low-power mode and two hours of use in high-power mode.

Here’s a quick rundown from LG’s press release: “With its Dual Fans and patented Respiratory Sensor, LG’s wearable air purifier allows users to take in clean, filtered air while the Respiratory Sensor detects the cycle and volume of the wearer’s breath and adjusts the dual three-speed fans accordingly. The fans automatically speed up to assist air intake and slow down to reduce resistance when exhaling to make breathing effortless.”

Whether this is a direct response to the coronavirus epidemic, who knows, but this mask isn’t the best solution to prevent the virus from spreading. The Verge made this point in a recent post:

The USA’s Centers for Disease Control and Prevention now recommends against the use of masks with exhalation valves or vents to prevent the spread of the coronavirus, since these don’t filter “expelled respiratory droplets” that could allow wearers to infect those nearby.

The Verge even tried to pin LG down for clarification on whether these masks help slow down the spread of coronavirus, but the company declined to comment and stated they’re waiting on further testing and certification to be completed before offering any more details.

My favorite part about this announcement is what Gizmodo discovered from the press release. Instead of including a picture with someone wearing a working prototype, LG just photoshopped it onto a basic stock model photo. You absolutely love to see it.

I don’t know, this all seems a little rushed to me. And the fact that the press release doesn’t mention any price or when the product will actually be released seems like this is something that will never see the light of day. LG says that it will be available sometime in the fourth quarter in “select markets.” Yea, seems like vaporware to me.

Would you wear this? Have any thoughts on this? Let us know down below in the comments or carry the discussion over to our Twitter or Facebook.