Nintendo has been on a roll with the Switch and its exclusive games like Mario Odyssey, The Legend of Zelda: Breath of the Wild, and Splatoon 2. Now, the company is looking to extend out into new ways of playing and making the Switch easier and more fun to play.

On Wednesday Nintendo revealed their new initiative called Nintendo Labo, which revolves around cardboard DIY accessories that can be used to interact with the Switch console tablet, and it’s two JoyCons. The trailer shows off several different accessories ranging from a fishing rod to a back-pack fighter that looked similar to something you would see in a Marvel movie. The primary objective of Nintendo Labo is to get kids playing games more interactively.

I don’t see many adults enjoying Nintendo Labo products on their own, but building with children seems like a great experience. Most of these toys and games seem geared towards kids, and I can’t imagine a scenario where I would sit down, build the Toy-Con, and play. It just seems like too much of a hassle, but I also am an adult with two jobs. 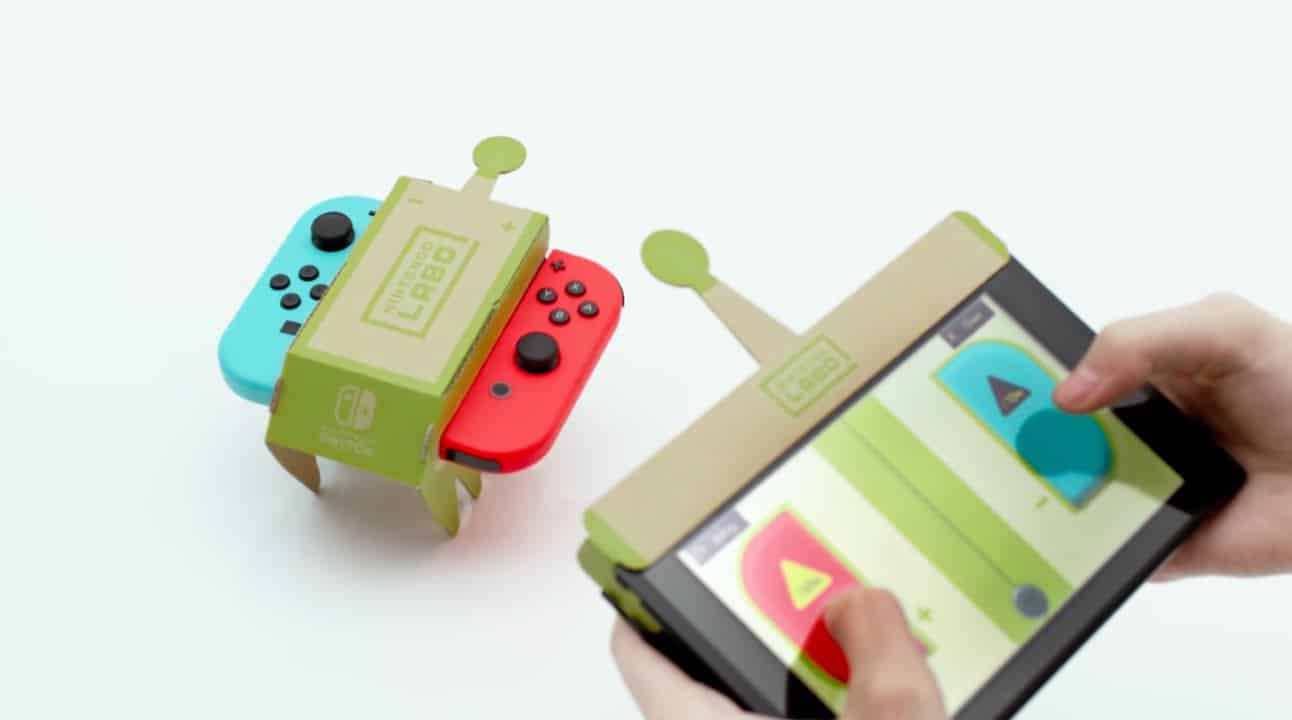 These cardboard accessories are impressive in every aspect. One of the best features of the Switch showcased with Labo is the Joy-Cons. For instance, with the piano creation, the joy-con that slides into the back has a camera that can see the back of the keys. The sound knobs are detected and deciphered by stripes that are on the back so that the camera can tell the difference. The technology in the Joy-Cons is underappreciated, and I think Labo can help show what the Switch is truly capable of technologically.

This kind of initiative isn’t unlike Nintendo, as they are notorious for pulling out clever business moves to benefit the consumer while bringing in money. Amiibos are a great example of this practice as the Nintendo Wii U struggled. As the Switch is heading into the second year on the market and is looking to keep its steam in the console race, Nintendo needed to find a way to stay relevant, and they have. Only time will tell if Labo will succeed, but so far it has gained a lot of attention.

Nintendo Labo launches on April 20th and will be available in two different versions. The “variety kit” will include five different games and Toy-Con, including the RC car, fishing rod, and piano for $69.99. The second version, the “robot kit” will be sold separately for $79.99.

Bonus: Nintendo’s new LABO kits are up for preorder on Amazon for $80 (Robot Kit) and $70 (Variety Kit), and if you want them on their April 20 launch day, I’d recommend ordering it now.

Are you going to buy any Nintendo Labo kits? Are you interested or does Labo just seem silly to you?